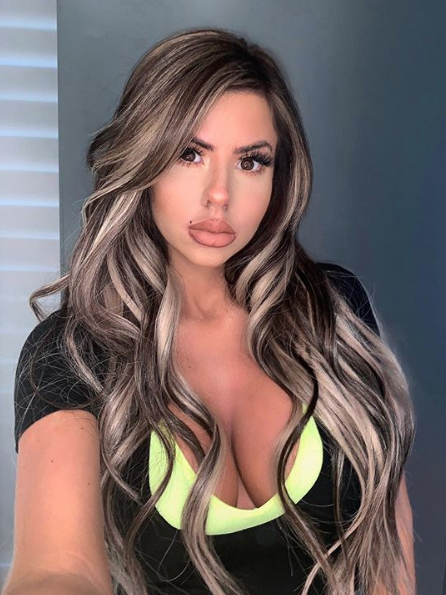 The glamour model – who was once engaged to TOWIE’s Jon Clark after the pair found love on the first series of Love Island – shared the exciting news with her 170K Twitter followers on Tuesday.

The 29-year-old posted a black and white snap of her holding her bump and captioned it: ‘Baby momma’. Aw!

Unsurprisingly fans of the show went wild over Hannah’s pregnancy news and she was bombarded with messages of congratulations.

Even former TOWIE star, Fran Parman, was fit to burst with excitement, tweeting: ‘The secrets out, so exciting & I cant wait to meet the bubba.’

Hannah and Jon were the first couple to ever get engaged off the back of the show which was rebooted back in 2015.

But, despite melting the hearts of the entire nation with his proposal during the series finale, the couple went their separate ways just months later.

The Playboy star soon found love again with YouTube star George and the pair got engaged in March, with Hannah announcing the news on Instagram.

‘The best day of my whole life! So my @george_andreett asked me to marry him and I said YES YES YES! Some people search their whole lives trying to find a love so special like we have,’ she gushed.

What with this news and Caroline Flack confirming that this year’s series of the hit ITV2 show will start in less than two weeks (eeeeek), Love Island fever is in full swing.

There have even been rumours that a few famous faces could be entering the villa, including Strictly star AJ Pritchard’s brother, Curtis.

We can barely contain our excitement!