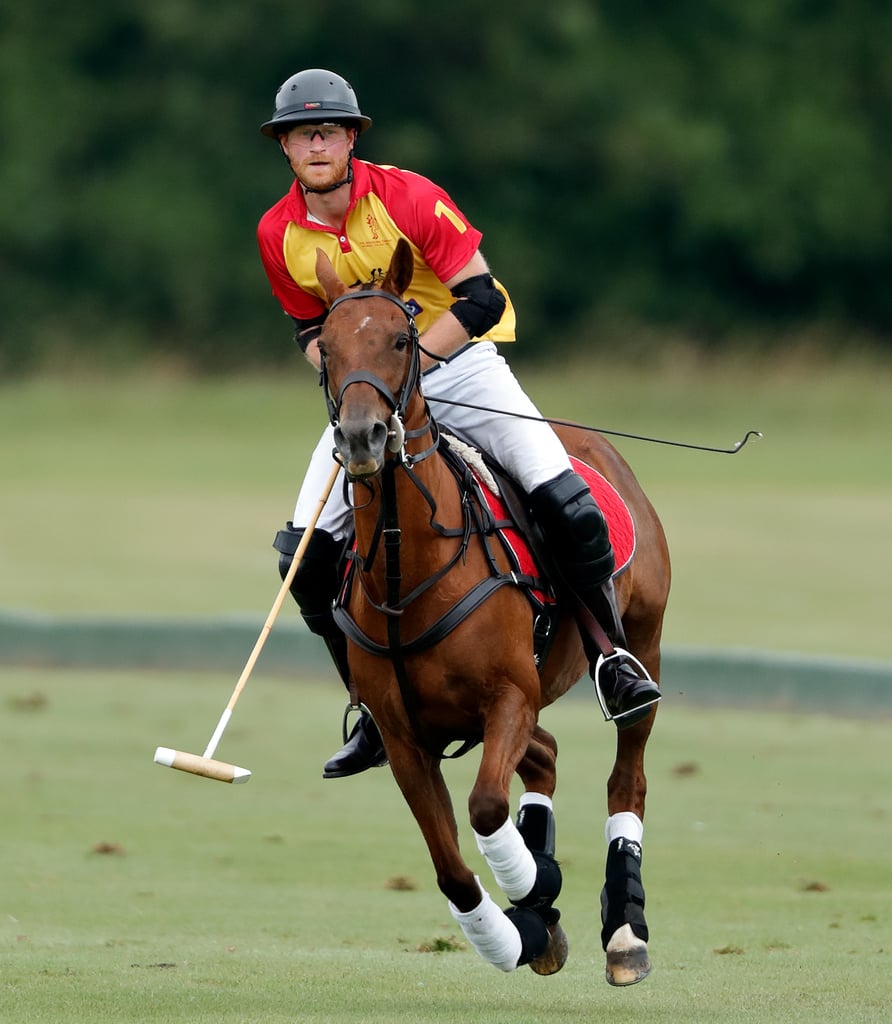 Personally, I’ve never been much of a sports fan, but after seeing Prince Harry playing polo over the years, I suddenly want to take horseback riding lessons so I can join him on the field (just kidding but also not). Not only was Harry born to wear riding pants, but there’s just something about his focus and concentration during the game that is so incredibly sexy. I can see why Meghan Markle couldn’t resist joining him at the Sentebale Polo Cup last year.

Playing polo has been a tradition within the British royal family for years. Prince Charles used to play it back in the day and Princess Diana would often take Harry and Prince William to tournaments when they were kids. Naturally, Harry got into the sport when he was a teenager, and his Sentebale charity hosts an annual polo tournament every year. Luckily, it’s that time of the year again when we’ll get to see Harry back on the field during various Summer polo matches, and my body is ready. Ahead, see the sexiest photos of Harry playing polo over the years!