Everyone, and I mean everyone, on the internet is obsessed with Snapchat’s baby filter, including celebrities like BTS and Halsey (who both look absolutely adorable with the filters, by the way). It’s just like when everyone was swapping faces on Snapchat with their best friends and family members — they can’t help but imagine what they could look like as someone else, or in this case, younger versions of themselves. Some celebs don’t look all that different with the baby filter, I admit (*cough* Jungkook and Jimin from BTS *cough*), but Kim and Kourtney Kardashian? They look just like Kim’s daughters, Chicago and North West. The photos of Kim and Kourtney Kardashian using the Snapchat baby filter are so adorable you just have to see them for yourself.

While going for a drive (chill out, Kim was in the backseat, so don’t come for her), Kim decided to pass the time by going on Snapchat and testing out a few filters that everyone has been talking about lately. The first was the baby filter, which definitely made her look like a little kid. (I don’t know how the tech works, but trust me, it worked.) Kim seemed to think so herself because she said, "I literally look like Chicago." (FYI, Chicago is one year old.) She then pouted her lips and sweetly called out, "Aunty KoKo?," because Kim’s kids and Khloé Kardashian have such a strong bond with each other.

Before she let Kourtney play around with the filter, Kim took advantage of the moment to compliment herself as Chicago. She said, "I love my mommy. She’s the best!" Very funny, Kim. The only thing that could have made her resemble Chicago even more would be if she wasn’t wearing any makeup. 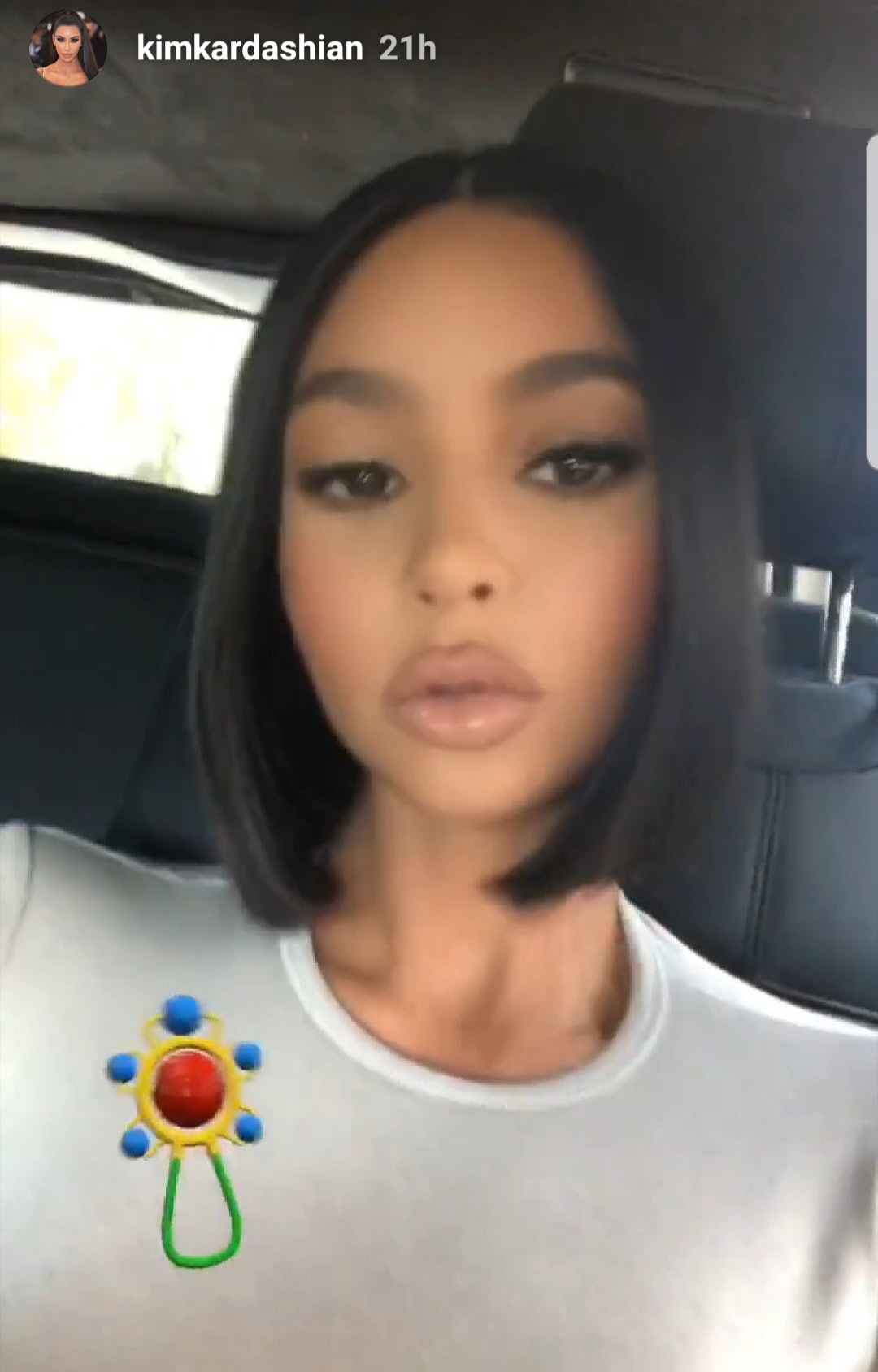 Here’s a photo of Chi (on the right) for comparison:

See what I mean about the makeup?

Kourtney was pretty much barefaced, so the filter worked a lot better on her — so much so that she looked just like North West. Not to mention the fact that Kourtney wore her hair up, which made her look that much more like North, you know, since North almost always has her hair in a ponytail. Kim captioned Kourtney’s video with, "Kourt looks just like North," and I can’t stop looking at her. 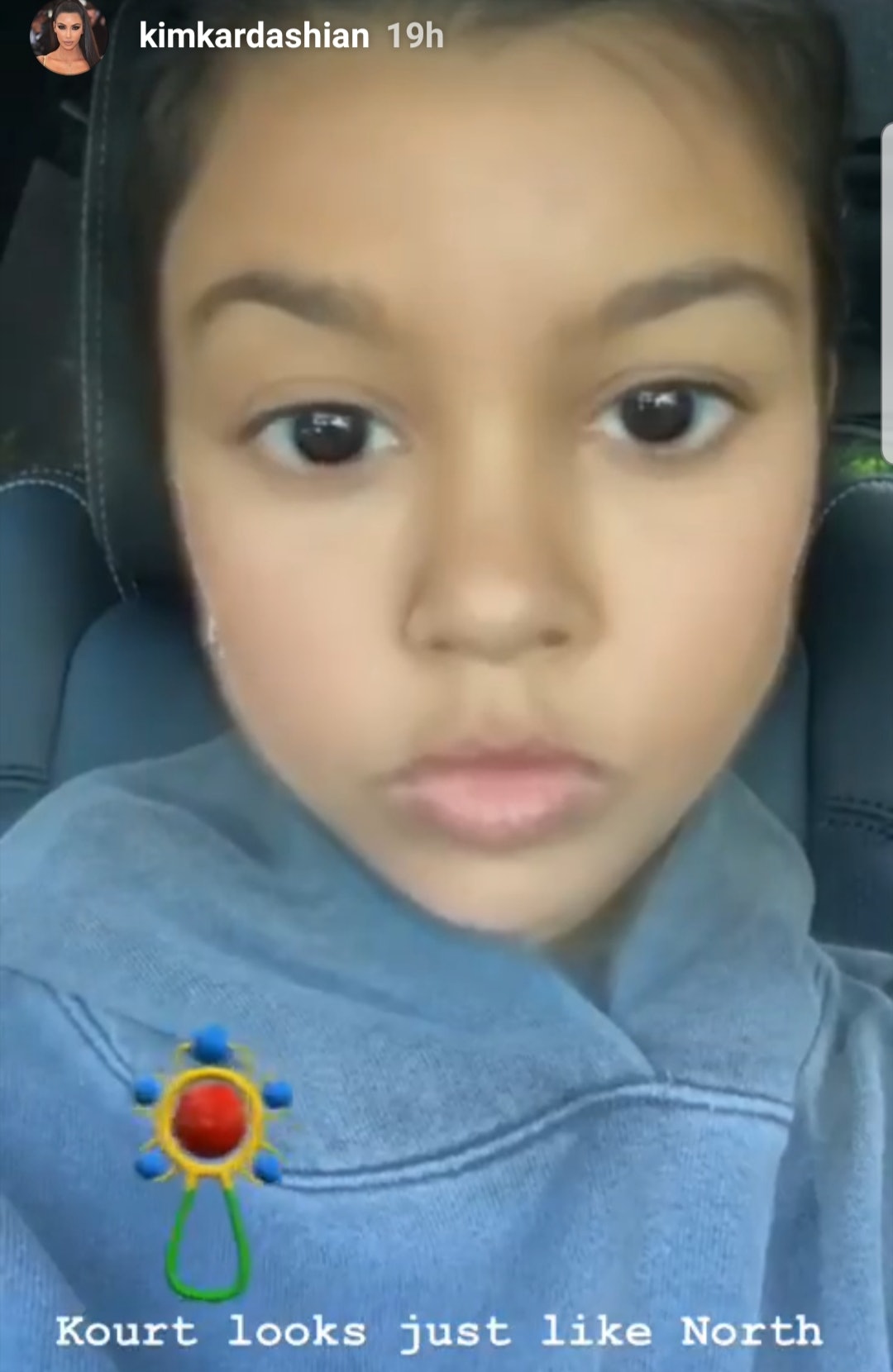 Here’s a photo of North, so you can compare:

Kim also shared a video of Scott Disick using the baby filter and called him, "Mason," after Disick’s nine-year-old son with Kourtney. Disick played along and introduced himself using Mason’s nickname, "Marty." I don’t really follow the Kardashians all too much, so when I first saw the video of Disick as Mason, I honestly thought it was the other way around — that Mason was somehow using a filter to make himself look like his dad. (Don’t laugh at me.) 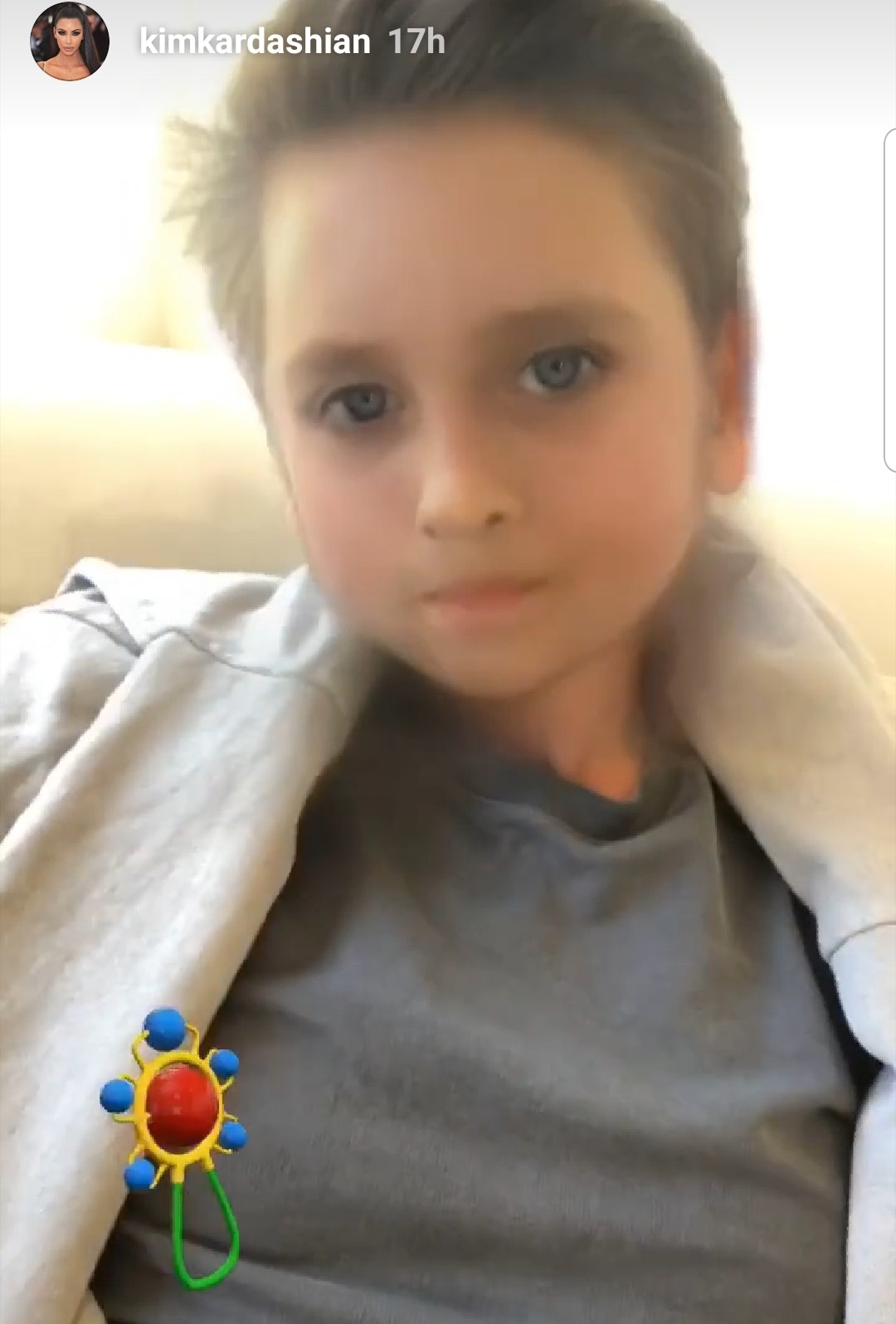 The baby filter was definitely a favorite among the Kardashian household, but Kim also tried out the gender-swap feature on Snapchat, which gave her thicker eyebrows, as well as a beard and mustache. She said, "Wait, if I move my hair, let’s see if I would be a hot guy." So, what do you all think? 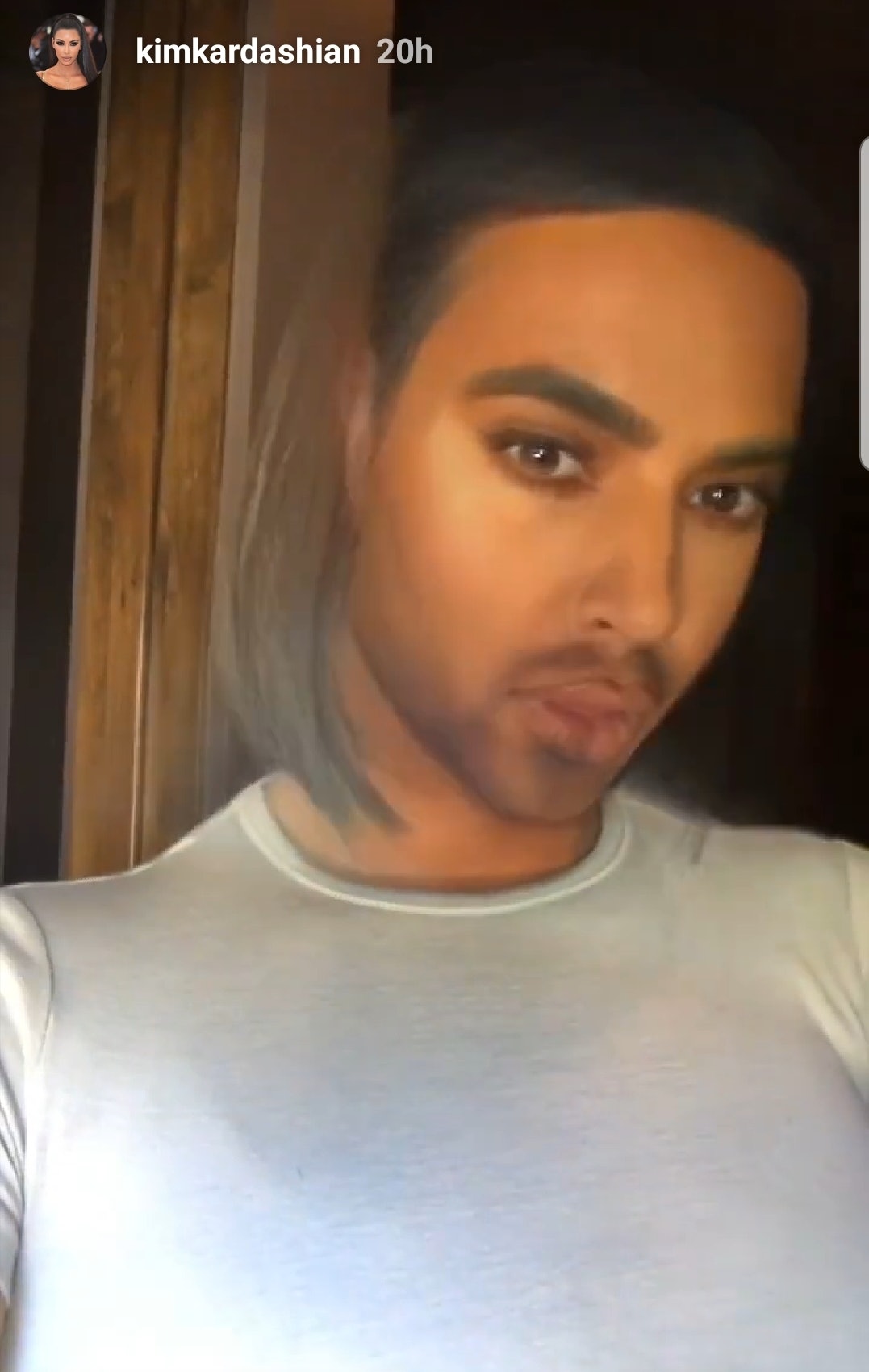 The gender swap feature on Kim looked funny, but I think my favorite was the baby filter just because Kim and Kourtney looked so much like Chi and North. I wonder, if Kanye West used the filter, would he look like his son, Saint? Now that is something I would like to see.