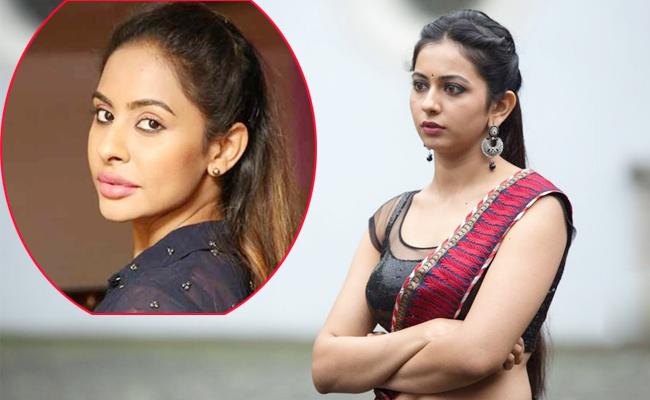 It is known news that Sri Reddy is fighting against casting couch in Telugu Film Industry. She has also made sensational allegations against several celebrities like Raghav Lawrence, Sundar C, Abhiram Daggubati, Natural Star Nani, Kona Venkat, Koratala Siva and others. Earlier Sri Reddy has blasted non-Telugu actresses including Rakul Preet Singh in this context.

Earlier in an interview, Rakul Preet Singh has said that she never had such experiences in Telugu film industry and maintained that casting couch doesn’t exist in Tollywood. Later Sri Reddy blasted and said that Rakul Preet Singh was painting a pretty picture of the Telugu film industry and was refraining from speaking the truth out of fear of losing out on opportunities.

Today, once again, Sri Reddy made comments on Rakul Preet Singh and said that her performance in the movie NGK was worst. 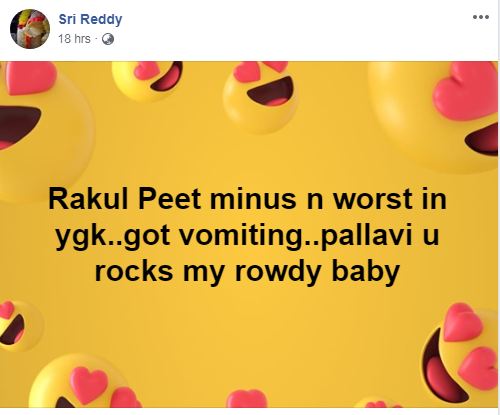