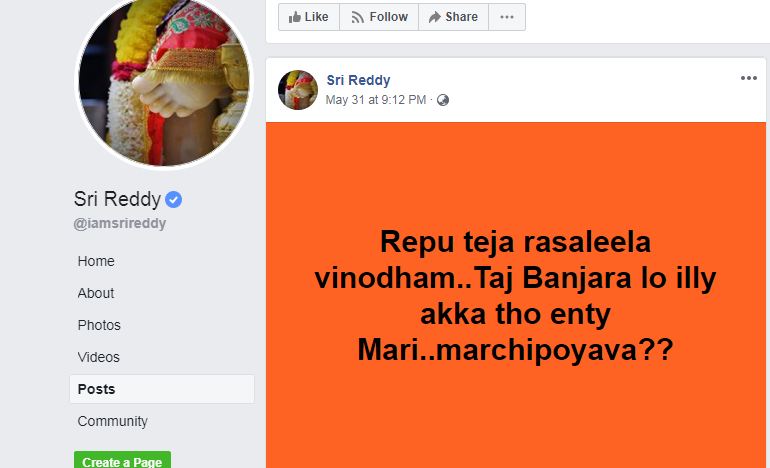 The controversial Telugu actress Sri Reddy, is trying to show the true colour of Film Industry. Last year in the month of March, she participated in a popular vernacular TV channel and revealed that said 90 percent of actresses in Telugu Film Industry would be asked to appear n*de in video calls. But, her comments were not taken seriously. Sri Reddy also said that Telugu film makers were not giving chance to the local artists and they were preferring the actresses from other states. This time, Sri Reddy has made sensational allegations on director Teja and Goa beauty Ileana D Cruz.

In the month of May, Sri Reddy wrote about Teja, on her facebook, “Dir teja garu,I respect u whole heartedly, but I didn’t like your answer about local artist encouragement, that’s what you are not getting hits it seems.. why tollywood is not importing heroes from Bollywood then,dnt give cheap answers in ur interviews..sita is a flop movie okay..I think people are not liking your thoughts..close your shutters..”