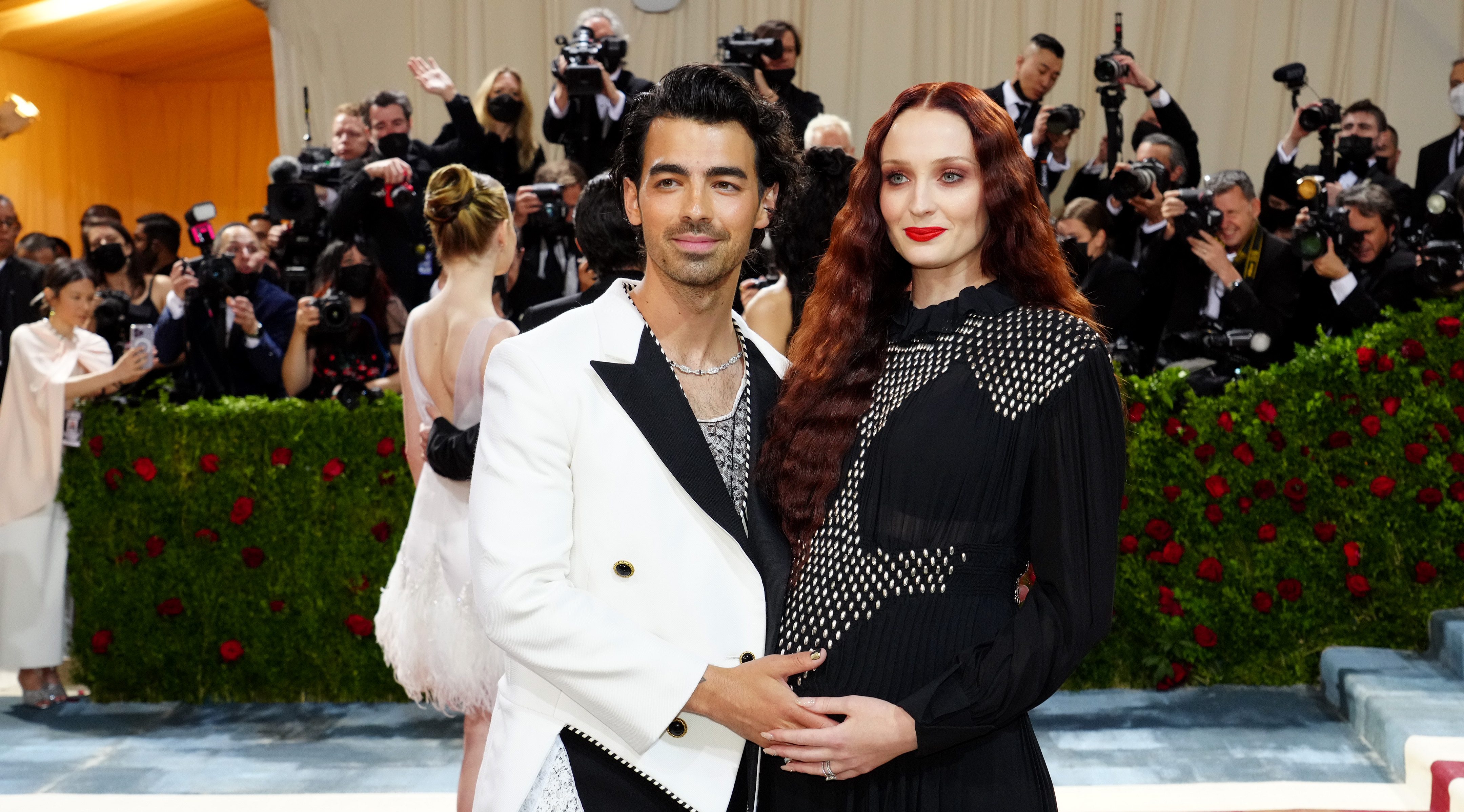 Sophie Turner has described being pregnant with her second child as ‘the best blessing ever’ and has said that she’s ‘excited’ to expand her family after confirming the joyful news at the Met Gala.

The Game Of Thrones star, 26, showed off her growing bump on the red carpet at the fashion event in New York City wearing a long-sleeved black, floor-length Louis Vuitton gown.

Her husband Joe Jonas looked equally eye-catching and dapper in an all-white tuxedo, as the loved-up couple tenderly gazed at one another during the ceremony.

English actress Turner tied the knot with US pop star, 32, in May 2019 and they welcomed their first child, daughter Willa, in July 2020.

Speaking to Elle UK, Turner said: ‘It’s what life is about for me – raising the next generation. The greatest thing in life is seeing my daughter go from strength to strength.

She added: ‘We’re so excited to be expanding the family. It’s the best blessing ever.’

Turner, who starred as Sansa Stark in the HBO epic Game of Thrones, said she feels ‘very protective’ of the life she and Jonas have built.

Speaking to the publication, she revealed that every time she and Jonas do a red carpet, they try and make sure it ‘makes sense for their careers’.

She added that she doesn’t think it’s ‘cool’ to market oneself as a celebrity couple, and that being in the industry can damage ‘mental health’ due to being photographed every day and ‘face the comments’.

The actress also revealed that she has a ‘love hate’ relationship with social media, saying that she wishes she’d ‘never got involved’ in the first place, and that it makes her ‘incredibly anxious’.

She said removing social media apps from her phone has been ‘so helpful.’

‘Now, if I do have to go on it, it’s for a few minutes once or twice a week, rather than hours every day. It’s made such a difference. Live real life – it’s much more fun,’ she added.

The couple married in Las Vegas in May 2019 after the Billboard Music Awards, with the ceremony live-streamed by DJ Diplo, however Turner later admitted she wished it had been kept private.

Jonas, who formed the chart-topping group the Jonas Brothers with his siblings Kevin and Nick, has spoken candidly about fatherhood in the past, while also opening up about the challenges of the work-life balance.

In an interview with E! Pop Daily in June, he said: ‘It’s definitely a new experience now that we are all kind of back. I’m going on tour, she’s starting a project.’

He added: ‘It’s going to be a lot of flying back and forth on days off, for me at least. It’s kind of a new territory.’

The June issue of Elle UK is on sale from May 4.