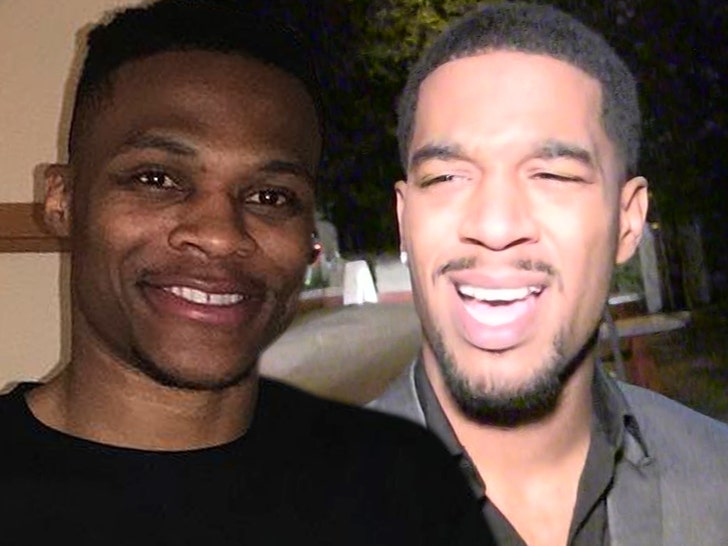 Kid Cudi is back to wearing dress-like garments, but a new fella has emerged in something similar … an NBA player who’s kinda considered a man’s man, which is a huge statement.

Russell Westbrook posted photos this weekend of himself in the Big Apple for NYFW — and he was wearing none other than a skirt (or a kilt, perhaps) underneath a cardigan sweater. He also had some black boots to offset the cream color scheme … not to mention blue hair.

RW is wearing Thom Browne here — which is definitely all about the Scottish kilt look.

In any case … Cudi wore something similar himself for the fashion event of the week — rocking what appeared to be way more of a traditional skirt under a Nirvana long-sleeve T-shirt. He, too, was sporting blue hair … makes ya wonder if they were in on this together.

No shame for either of these dudes, but of course … some folks online were expressing their disapproval, for a myriad of reasons.

Some folks are showing their homophobic colors outright, and others are invoking conspiracy theories … talking about the emasculation of men, etc. And then, there are those who absolutely love this — so a mixed bag of reactions here. All the same, Russ and Kid are owning it.

KC’s been in a full-blown dress before — wearing one on ‘SNL’ earlier this year to honor the late Kurt Cobain, who wore something similar in his day.

Seeing how he repeated the wardrobe choice, and how Russ followed suit … ya gotta think this is something we might see more and more of among the men of Hollywood.