In 2017, Salma Hayek became one of more than one hundred women to come forward publicly with a story about Harvey Weinstein.

In an op-ed for The New York Times, the future Eternals star revealed she had to resist the advances of the powerhouse producer while she was making her dream project, Frida — the biopic of Mexican artist Frida Kahlo — for Miramax.

She was grateful to him for saying yes to the movie, she wrote, but…

Oof. As disturbing as her story was, the story of a “monster” who had threatened to kill her if she refused him, who had subsequently tried to blacklist her, it was far from the worst we’ve heard about the man.

Salma even said she believed it was her friendships with Miramax mainstays like Robert Rodriguez, Quentin Tarantino, and George Clooney that saved her “from being raped.”

And yet, like many traumatized victims of sexual abuse, she didn’t say anything at the time. And when she did speak out in 2017, not everyone was simply happy for her that she finally found her footing enough to tell her truth. Like her BFF, Penélope Cruz. 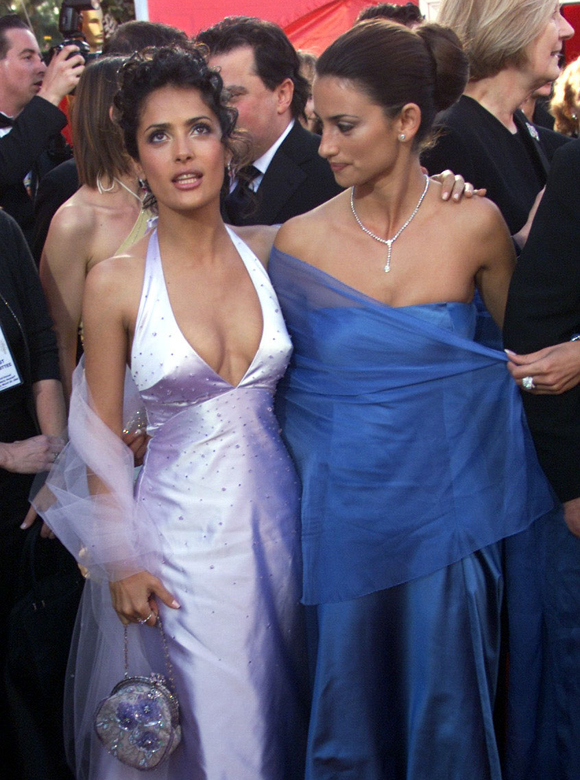 She told The Sunday Times‘ Style magazine over the weekend:

“Some people were very angry at me, like Penélope, but I was protecting her.”

How was she protecting her by not telling her? Explaining the tightrope she was trying to walk, she said:

“I kept my eye on their interaction and he never went for her. They were making the best movies. She didn’t have my problem, and if I told her it would have affected her choices of things that would have been good for her career.”

We guess Penélope didn’t see it that way. It certainly was a tough position Salma was in — people who tried to speak out at that time, like Rose McGowan, were often shut down and labeled “difficult” and swept under the rug.

Thankfully things have begun to change. The #MeToo movement — and other women specifically speaking out about Weinstein, who has since been convicted of rape — gave Salma the push she needed to talk about it.

Interestingly it was opening up that showed her how OK she wasn’t. She explained to the Times:

“Before I wrote the piece I thought I had survived that brilliantly and it was done with. To the point that I could see him and smile and pretend that everything was OK. I had held my own, I was really strong. He didn’t get what he wanted from me and I made the film that was so important, so meaningful to me, to my kind, and when I say my kind I don’t just mean Mexicans, I mean to my kind of woman. Frida is a woman who said, I am not a woman who is going to be like anyone else, I am going to fight for my individuality.”

But after she told her story?

“Suddenly the trauma came back. I had thought that it was completely healed, but it was just hiding. It came back, out of nowhere, and it took me a long time to understand how I had to be with it.”

What do YOU think, Perezcious readers??