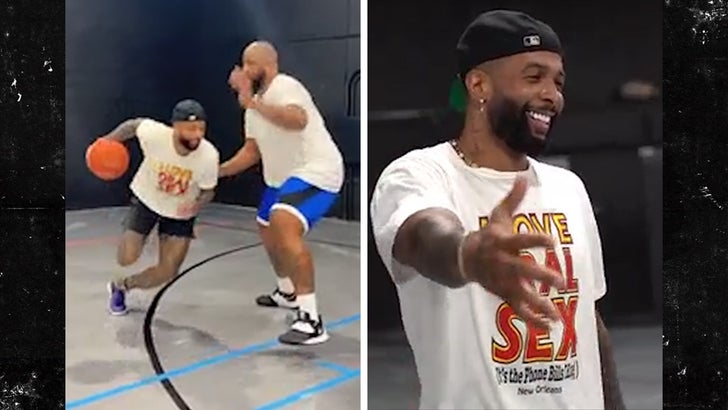 Here it is — Odell Beckham Jr.‘s repaired knee back in action during a recent pickup basketball game … and the NFL superstar looks GOOD!!

The 30-year-old free agent hasn’t played a down of football since going down with a torn ACL in the Super Bowl last February … and despite visiting with several potential teams, he remains without a home.

While fans almost certainly won’t see him on the field this season, he’s improved to the point where he was able to hit the hardwood in Miami on Jan. 6 … showing off his impressive skills in the process. 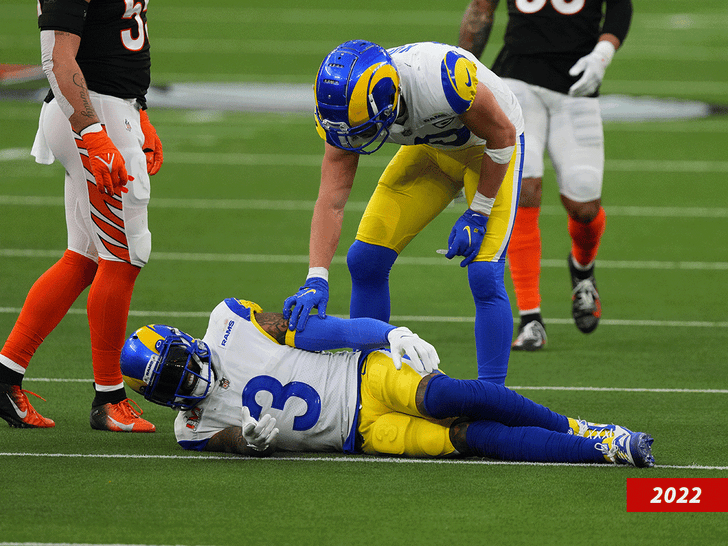 OBJ — wearing an “I Love Oral Sex” shirt for some reason — backs down his defender and squeezes past him for a finger roll … and follows up with some solid defense, stealing the ball and hitting his teammate with an alley-oop off the glass on a fast break.

He also displayed some serious range in the sesh … draining a long three-pointer.

Odell didn’t work out for any teams throughout his free agency tour — which is reportedly why the Dallas Cowboys didn’t pull the trigger on signing him — but based on how he looks in the clips, it won’t be long before he laces up the cleats again.