Swastik Bansal aka Rego B aka Bappi Lahiri’s grandson started singing at the age of two.
Music, Hitesh Harisinghani/Rediff.com, discovers, is in his genes. 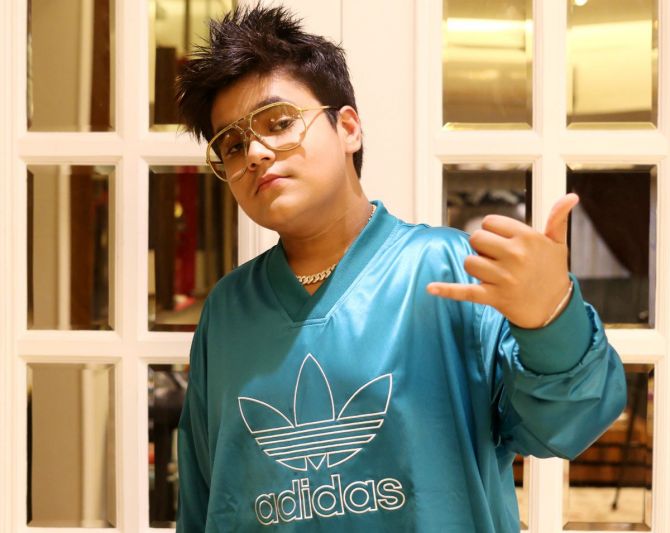 For a 12 year old, Swastik Bansal is rather poised.

Not at all camera shy.

Ready to take on any and all questions.

Especially about his music and his legendary grandfather, the late Bappi Lahiri.

Swastik had finished attending school a few hours earlier and Rego B (in the video below, he explains the origins of the name under which he sings) was ready for his interview — this time, it’s for his newest song, Kal Chutti Hai, which has released on the music label, Saregama — at his dadu’s home.

He debuted in the musicverse with his single, Bachcha Party, last year and made a confident appearance with his grandfather on Salman Khan’s Bigg Boss to publicise it. 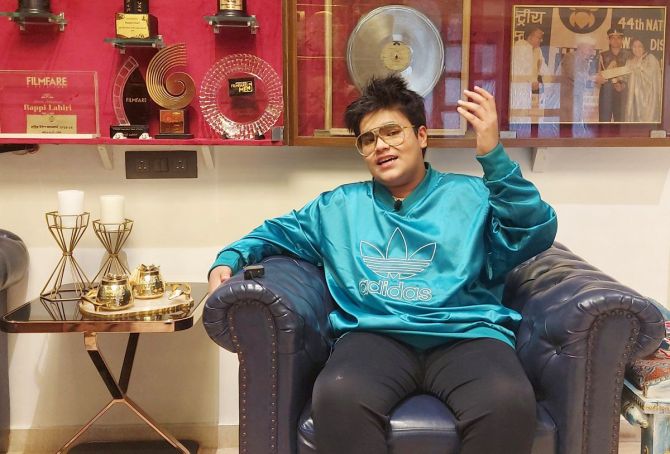 Nostalgia hit hard, says Rediff.com‘s Hitesh Harisinghani as he entered Lahiri House, a place he had visited nine years ago with his colleague Patcy N for a memorable interview with Bappida.

And now, his grandson was ready for this interview with Hitesh.

As Swastik talks about his debut song — both Bacha Party and Kal Chutti Hai have been composed by Shameer Tandon — he swallows slightly.

“It was very heartwarming to have my dadu doing a cameo in my debut song,” he says. 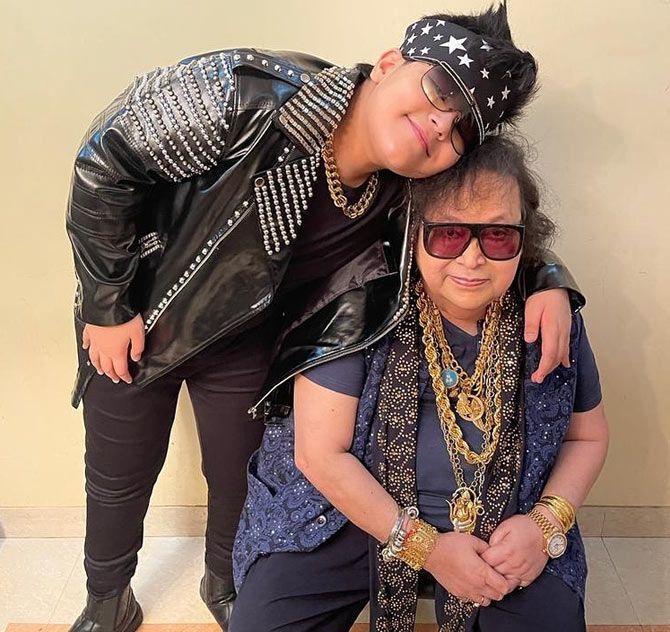 Swastik, who started singing at the age of two, credits his grandfather for his interest in Western music.

“When I was six, my grandfather showed me concerts of Bruno Mars, Justin Bieber, Michael Jackson… That’s when I started getting interested in Western music and I started my training.”

His biggest inspiration and critic was his dadu.

And what did Bappi Lahiri tell his grandson?

Every step, says Swastik, was influenced by his flamboyant grandfather. And there is one memory the young singer will never forget. 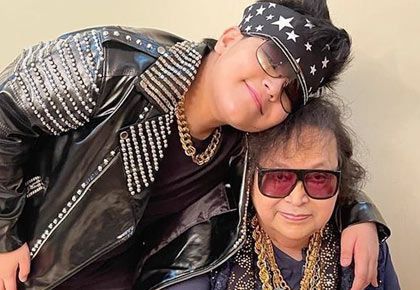