Don’t get it twisted! After Blake Shelton introduced his new wife, Gwen Stefani, by her maiden name during an impromptu performance, the pop star made an important correction.

“We have Gwen Stefani singing in Tishomingo, Oklahoma,” Shelton, 45, said in a video shared via Twitter on Thursday, July 15. “I thought it was Gwen Shelton now,” the “Sweet Escape” singer, 51, jokingly replied.

To fans’ delight, the newly married couple made a surprise appearance at Shelton’s Oklahoma bar, Ole Red, on Thursday.

“He and Gwen popped out of their buses and set up quickly and started their rehearsal. Gwen was a surprise appearance. People didn’t expect to see her too,” a source tells Us Weekly exclusively. “Seeing her sing country was just like ‘wow’ and she really fit in with the crowd. … You can tell she was comfortable even though it’s more Blake’s town and it’s more his element.”

While rehearsing their music, the pair performed “almost every song” together, according to the insider.

“You can tell how happy they are together. They were just beaming,” the source notes. “They had amazing chemistry singing together. They interacted with the crowd a lot. It was wonderful.” 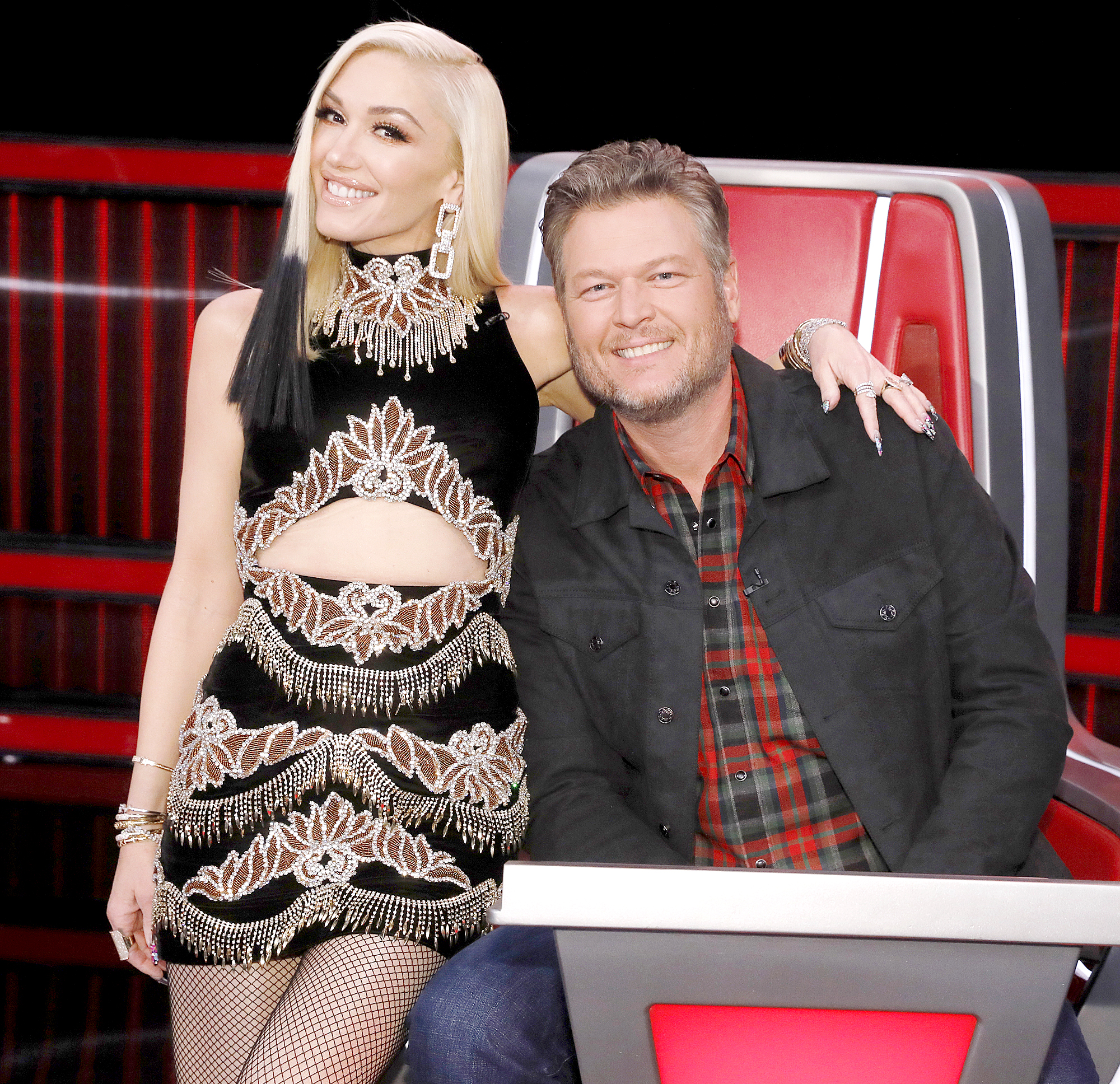 Because their performance was a rehearsal for Shelton’s upcoming tour, fans were able to see the duo’s creative process in action.

“They were singing and stopped to make notes like, ‘Let’s do this here, let’s do that there, let’s give more here,’ and then they’d start over,” the insider adds.

Following the show, the eight-time The Voice winner made sure to let attendees know he’d gotten his facts straight.

“Goodbye Gwen Shelton!” he said in a separate clip taken by a social media user.

Us confirmed earlier this month that the singers tied the knot in Oklahoma after getting engaged in October 2020. They began dating in November 2015.

“July 3rd 2021 dreams do come true !!! ❤️🙏🏻,” the California native wrote via Instagram on July 5 alongside a series of photos from her wedding day. The carousel of images included the couple kissing in front of their five-tier cake and leaving the party in a decked out golf cart.

Later, the “Cool” singer showed off her second wedding dress — a short and punky Vera Wang number that she paired with slick white boots — in another snap.

“You need a party dress when u get to marry @blakeshelton,” she wrote.

The CMA winner was previously married to Miranda Lambert from 2011 to 2015. Stefani, for her part, filed for divorce from Gavin Rossdale — with whom she shares children Kingston, 15, Zuma, 12, and Apollo, 7 — the same year after 14 years of marriage. Us broke the news in January that Stefani was “finally granted” her annulment from Rossdale, 55.

At the Oklahoma wedding, Stefani’s sons played a big part in the festivities.

“Her brother walked her down the aisle and the boys were included in the ceremony. They were recognized as being a family of five,” a source told Us exclusively after the ceremony. “Blake and Gwen both were emotional. Blake had tears in his eyes reciting his vows to Gwen and upon seeing her in the chapel he built for their love.”

With reporting by Diana Cooper