The ‘Good Morning America’ host will be on board for the third manned flight into space from Blue Origin.

Lift off! Michael Strahan announced that he will board the next Blue Origin Space Flight on December 9 and become the next celebrity to get launched into space. The 50-year-old GMA host shared the exciting news on Tuesday November 23, and said he’s excited to boldly go where so few people have gone before him. “I will be blasting off in the new Blue Origin space launch!” he announced on the show.

During a montage, Michael showed himself preparing for the flight, including trying on his Blue Origin spacesuit, as well as testing the seat that he’ll be strapped into for takeoff in Texas. He also announced that his crew will consist of  Laura Shepard Churchley, Voyager Space Holdings executive Dylan Taylor, investor Evan Dick, Bess Ventures founder Lane Bess and his son Cameron, via GMA. Laura is the daughter of Alan Shepard, who was the first American to ever travel to space in May 1961. Lane and Cameron will also make history as the first parent and child pair to go to space. 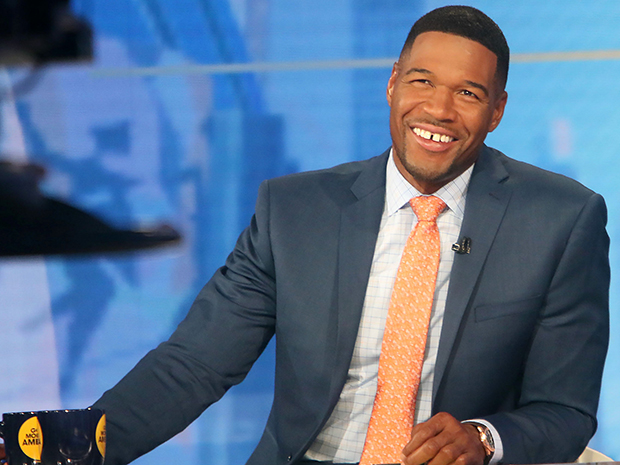 Michael discussed his excitement with his co-hosts, and said that he was partially inspired by seeing Jeff Bezos’ first flight with Blue Origin on July 20. “Blue Origin, they approached me and they asked if I wanted to be a crew member, and without hesitation, I said yes,” he explained. “I wanted to go to space. I think being there at the first launch, it really was mindblowing.” 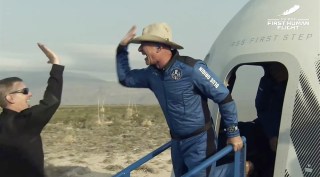 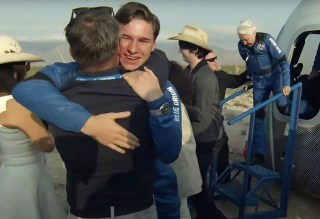 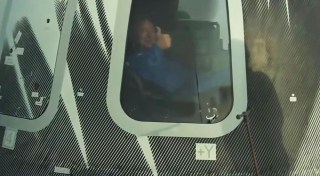 The former New York Giants player also said that he felt like space travel is going to be incredibly helpful in making new discoveries that could benefit people all over the globe. “I do believe that it will bring a lot of technological breakthroughs and also innovations to us here on Earth, and I just wanted to be a part of it. I was really enamored by the first flight I saw,” he said. 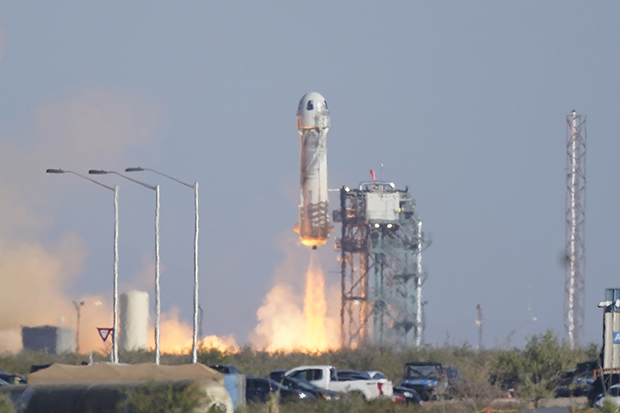 Michael will be the third celebrity to make the trip, after the Amazon founder in July and Star Trek actor William Shatner, who became the oldest person to travel to space on October 13. When William’s crew returned to Earth, the actor gave a touching speech, after Jeff opened the capsule. “It was unbelievable,” William described the experience.