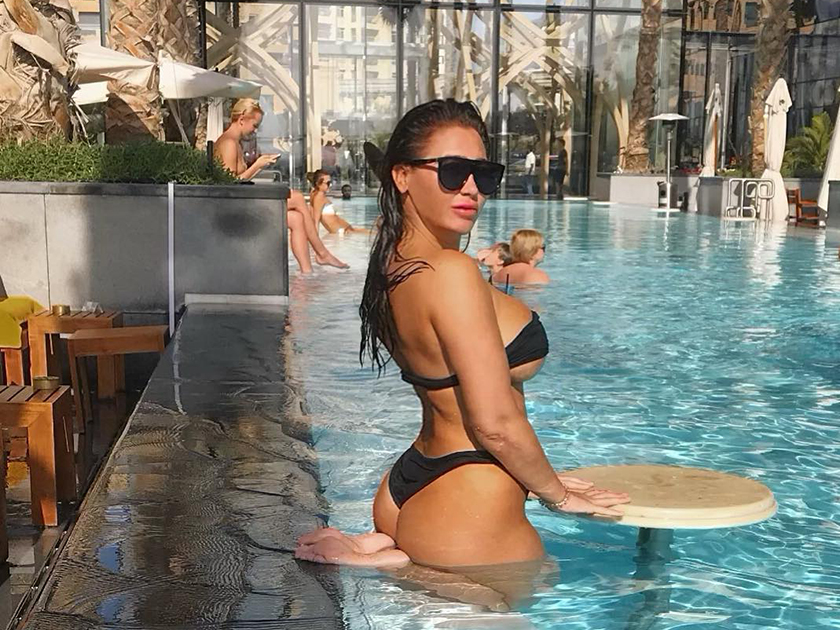 The unearthed messages followed a video the boxer shared on Instagram back in March; of a fight he won in the first round.

Captioning the clip, he said: ‘First round KO’. Commenting underneath, Lauren simply said: ‘Sexy AF’, to which Tommy replied: ‘My girl.’

According to reports, Tommy then spent months trying to woo Lauren, sending her a string of messages on Instagram begging for a date.

A source close to Lauren, who is appearing on the new series of Celebs Go Dating, told The Mirror: ‘Tommy was sending her flirty messages asking to meet up. They spent a lot of time talking on FaceTime, and she started to fancy him. 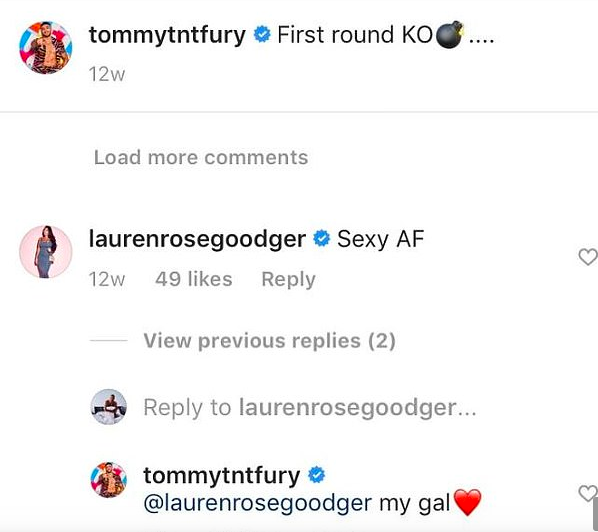 ‘She asked if he had a girlfriend. He said he couldn’t be more single. He’d say he couldn’t wait to meet up for a drink, but it never happened.

‘He was really complimentary to her and was always saying how sexy she was. Lauren went off him romantically and they never got round to organising a date.’

Meanwhile, Love Island viewers were left in shock earlier this week as stunning model Molly-Mae Hague – who is coupled up with Tommy – made a not-so-subtle remark about the size of his private parts.

As the pair snuggled up in bed after lights out, 20-year-old social media influencer Molly-Mae took the opportunity to get her hands on Tommy, also 20. 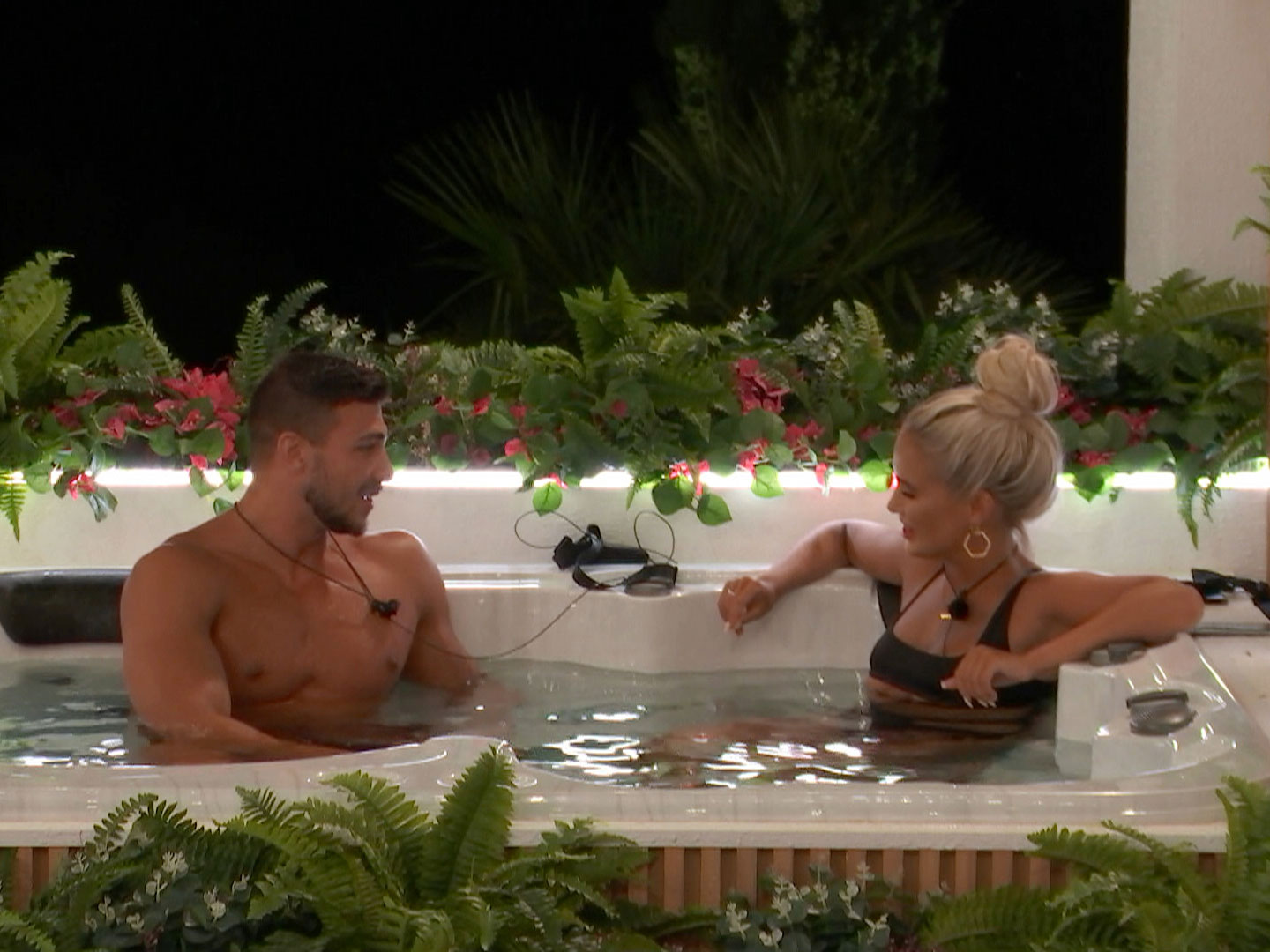 Fumbling the hunk’s nether regions under the covers, Molly certainly looked taken aback by the size of his manhood.

Fans of the ITV dating show were going wild on social media over the raunchy scene, bombarding Twitter with hilarious reaction posts.

CelebsNow has contacted spokespeople for Tommy and Lauren for comment