After showing up and showing out at the 2021 Met Gala, Lourdes Leon switched into something more comfortable and casual before hitting an after-party with her boyfriend, Jonathan Puglia.

If the theme of the 2021 Met Gala was “90s R&B Realness,” then the outfit Lourdes Leon wore after the gala would have won the night. Once the formal event was done, Lourdes, 24, shed her pink bedazzled gown for a crop top that showed off her toned abs. Madonna’s daughter also threw on a pair of ripped jeans, which she accessorized with a pair of studded belts. As Lourdes made her way to an afterparty, she held hands with her plus-one for the night, her skater boyfriend, Jonathan Puglia. Jonathan also kept it casual, donning a polo, a pair of blue pants, and some white sneakers. 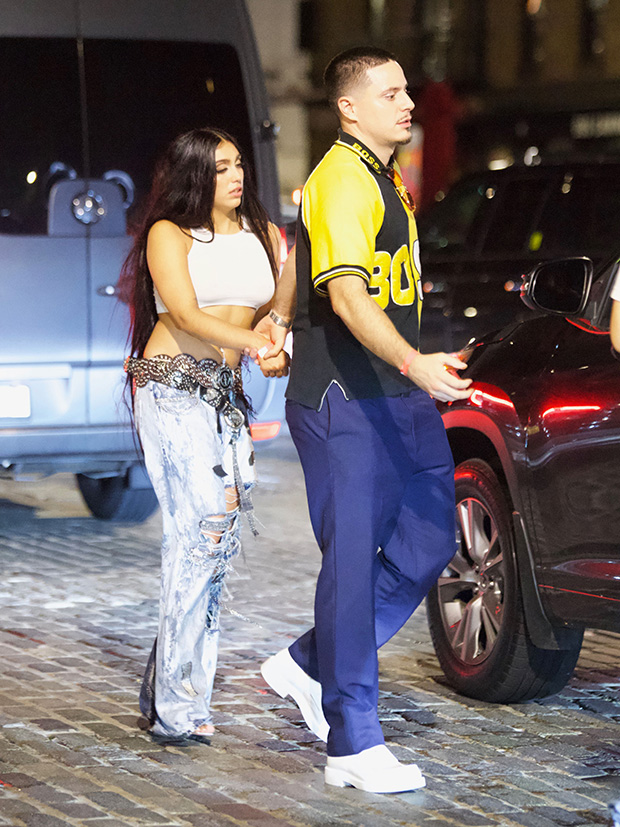 Oddly, this casual look wasn’t a complete 180 from the extravagant glamour Lourdes pulled off earlier in the night. While arriving at the 2021 Met Gala – with the theme, “In America: A Lexicon of Fashion” – Lourdes wore a bedazzled pink plunging halter neck top, with straps that wrapped around her body. She also wore a matching bedazzled flowy skirt with an equally sparkly train. With her long, black hair down to her thighs, Lourdes drew comparisons to Cher, an American fashion icon (which would be on point with this year’s theme.)

A month before the 2021 Met Gala, Lourdes showed off her fashion sense while attending Madonna’s 63 rd birthday party. In photos taken at the event, Lourdes wore a tank top dress that featured stitching down the entire back. She styled the look with a  suede and shearling Telfar purse. It was an understated look, especially compared to the extravagant headpiece her mother wore for the photos, but it was elegant in its simplicity. Sometimes, less is more – as Lourdes showed in her outfit for the Met Gala afterparty. 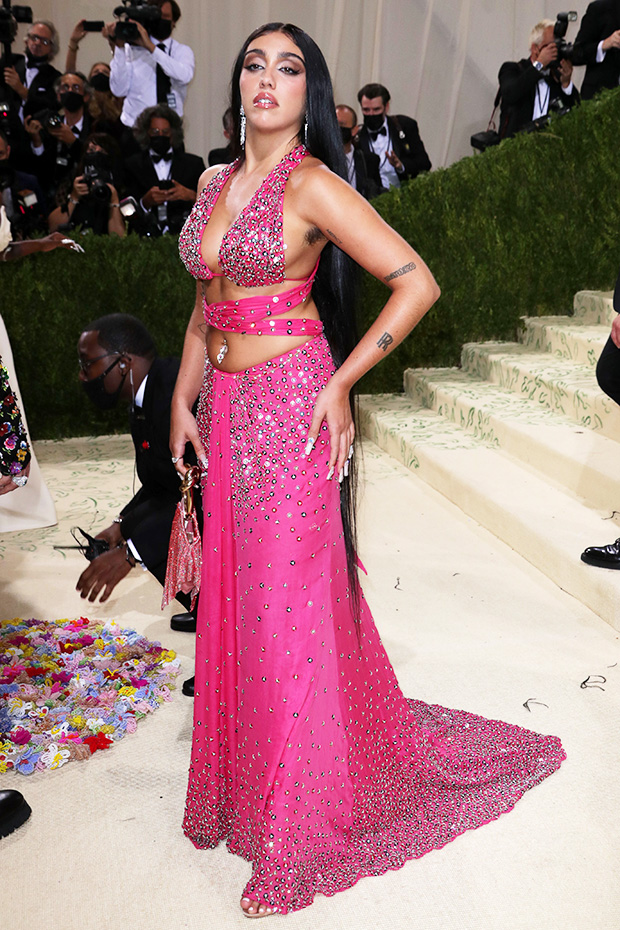 Speaking of the Gala, earlier in 2021, Lourdes dished about how she and this year’s co-chair, Timothée Chalamet, were high school sweethearts. “I respect him a lot. We were a little item. My first boyfriend, or anything,” she said in an April interview with Vanity Fair. Both she and Timothée attended LaGuardia High School of Music & Art and Performing Arts in Manhattan, aka the Fame school. In 2017, Timothée recounted how he went to a party with Lourdes and Madonna. “That was actually a really fun night… Madonna was kinda with us dancing, and my buddy Joey was there, and Lola (Lourdes’ nickname) was there too. I usually don’t talk about this stuff, but that was a good night.”