Kim Kardashian West is continuing to support her estranged husband, Kanye West, and his new music. The 40-year-old reality star took to her Instagram Stories on Thursday, first showing a black glove and Balenciaga full face mask, similar to the ones the 44-year-old rapper has been sporting in recent weeks.

She then posted a photo of the Mercedes-Benz Stadium in Atlanta, Georgia, where the second listening party for Kanye’s upcoming album, Donda, took place on Thursday.

Though Kanye still hasn’t released Donda, the performer did put on quite a show. His set-up included a small mattress with a blanket in the middle of the stadium, where he did push-ups, danced to his music, and even made some phone calls. At one point, he seemingly took a nap. The most surprising part of the evening came when Kanye appeared to be levitating as he was pulled into the air on wires. Kim posted a video of the moment on Twitter, writing, “#DONDA.” 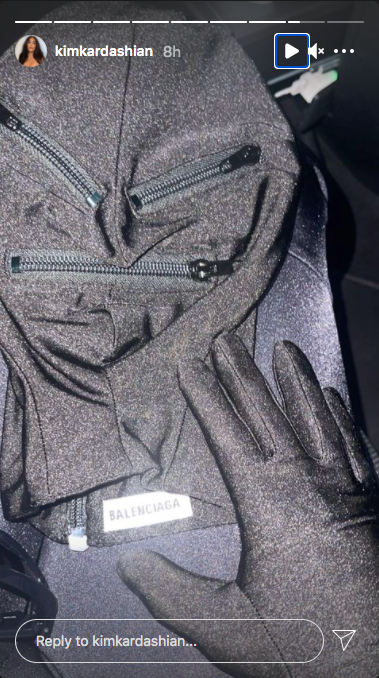 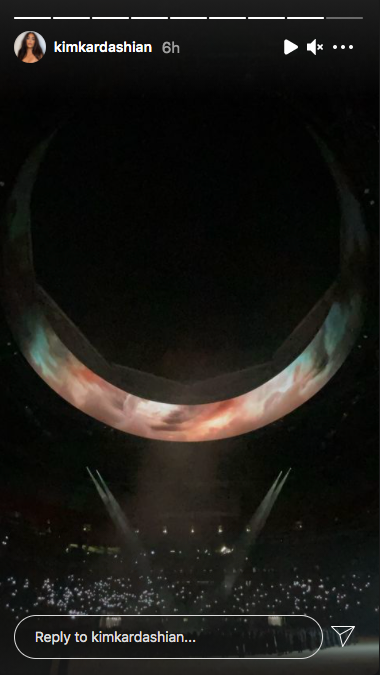 Kim also attended her ex’s first Donda listening party at Atlanta’s Mercedes-Benz Stadium on July 22. She was joined by her sister, Khloe Kardashian, her pal Jonathan Cheban, and her and Kanye’s four children.

“Kanye and her have been co-parenting successfully and both of them want what’s best for the kids,” a source tells ET of the estranged spouses, adding that their four children — North, 8, Saint, 5, Chicago, 3, and Psalm, 2 — are “doing great” following their parents’ split.

The source further notes that the two “have been supportive of each other” when it comes to raising their kids after Kim filed for divorce in February.