Kiara Advani is counting days before her next release, Kabir Singh alongside Shahid Kapoor and so are we! After the trailer of the Hindi remake of the huge success of the Telugu film, and not to mention the song, the film is all one can talk about. While Shahid has transformed himself into a rebel lover, who is also obsessive and an alcoholic, Kiara Advani has switched gears to sink her teeth into her character Preethi. The actress has gone de-glam for the film and is exuding an other-worldly charm with her coy and innocent act. (Also Read: Kabir Singh: Shahid Kapoor slams reporter when asked about his kissing scenes with Kiara Advani)

In fact, in a recent interview with The Times of India, the actress opened up about her process for Kabir Singh and how she did what she did. She said, “I’m a director’s actor, so if the director has a certain vision for the character’s look, I go by that. Preeti’s simplicity and innocence is what makes Kabir fall head over heels for her. Sandeep sir wanted to capture that purity and also make me look like a 19-year-old first-year student. I am comfortable being in front of the camera without any make-up, so it felt effortless and the plus point of not having to reach extra early on sets for hair and make-up was another plus.” 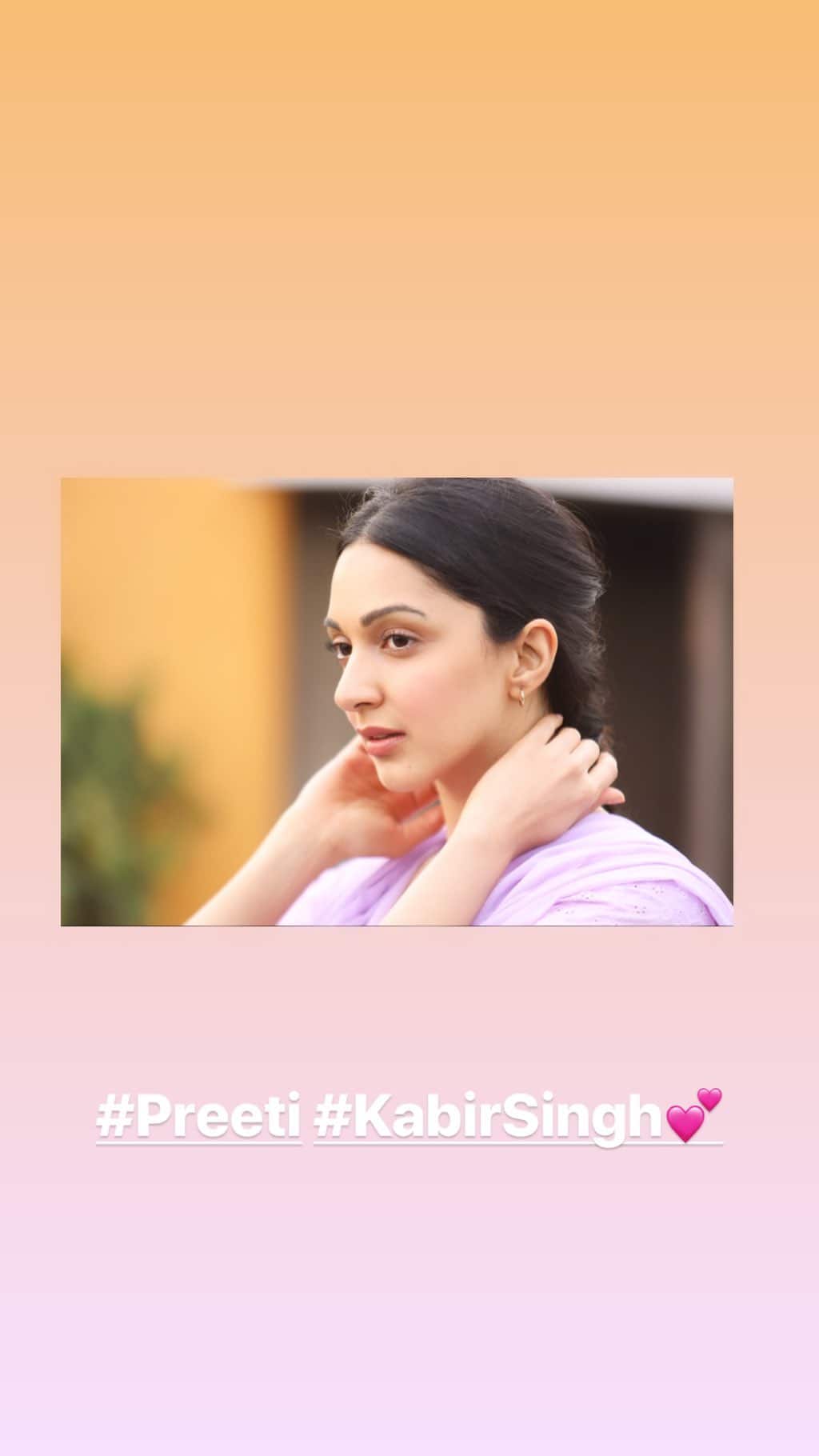 Speaking about Kabir Singh, the film is bankrolled by Bhushan Kumar, Murad Khetani, Kishan Kumar and Ashwini Varde. Earlier in an interview, Shahid had mentioned why he chose to do this film. “I usually don’t watch too many films in Telugu and it surprised me with its tonality, rawness, simplicity and the fact that it was so real and believable. The character is very fascinating for me as an actor because the emotional arc… is very original. I loved it and Vijay Deverakonda, who played Arjun, did it so well,” he had said.

Kabir Singh is the story of a medical student who has anger management issues and after a failed relationship he indulges in alcoholism. The film promises an intense love story between Shahid and Kiara. It will hit the silver screen on June 21. Stay tuned to BL for more updates and scoops!