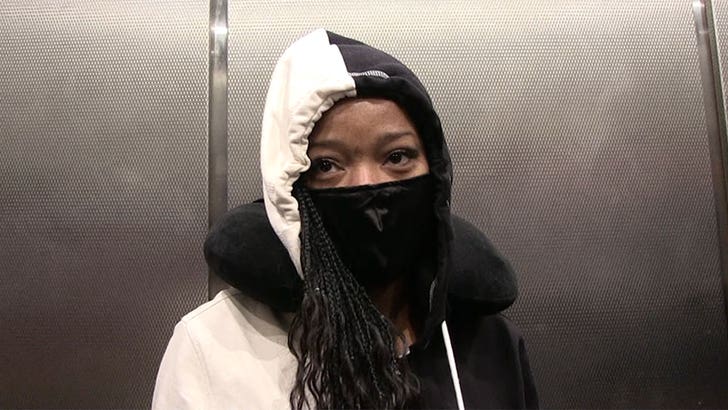 The national anthem has been used to protest against injustice, but Keke Palmer took it as an opportunity to honor her ancestors … telling TMZ Sports she sang the “Star-Spangled Banner” at the World Series to show respect for those who came before her.

The anthem has been quite the hot topic in recent years … from Colin Kaepernick‘s kneeling protest to lyrics mentioning slavery in the third verse.

We spoke with the 28-year-old singer/actress fresh off her anthem performance prior to Game 1 in Houston on Tuesday … and she said taking part in the tradition was an easy decision.

“I just feel like my ancestors built this country,” Palmer told us at LAX on Wednesday.

“So, I show love for their lives that were taken. I stand on this ground because they couldn’t stand in certain places.”

“For me, that’s what it’s about, you know, they built the country. They deserve their respect.”

Palmer — who’s been a strong advocate for social justice — says the gig was incredible despite the controversy around the song … and also served as a special way to honor her grandma, who recently passed away.

“She loved baseball so I was so happy to perform. I kinda felt like she was with me there.”