‘She may well be kicked off’: Katie Price ‘faces an Instagram ban for breaching rules with alleged use of a Jimmy Savile slur’ aimed at ex-husband Kieran Hayler

The former glamour model, 43, is accused of breaching the site’s bullying and harassment guidelines by making the swipe.

Katie said on her verified Instagram page she was watching the Netflix documentary on the disgraced Jim’ll Fix It presenter Jimmy Savile, and told her 2.7million followers it had ‘brought back memories’ before adding a picture of an article on Kieran, 35. 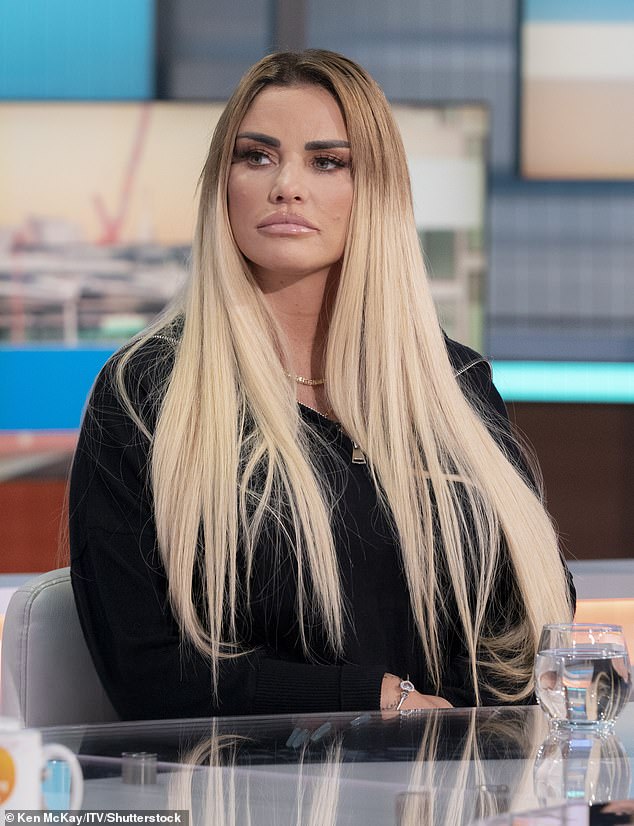 A source told The Sun: ‘Meta is trying to contact reps for Katie to discuss the complaints with them.

‘She may well be kicked off Instagram, even temporarily.’

It comes after Kieran’s fiancée Michelle Penticost shared a thinly-veiled post on her Instagram Story which read: ‘It’s time to move on my dear’. 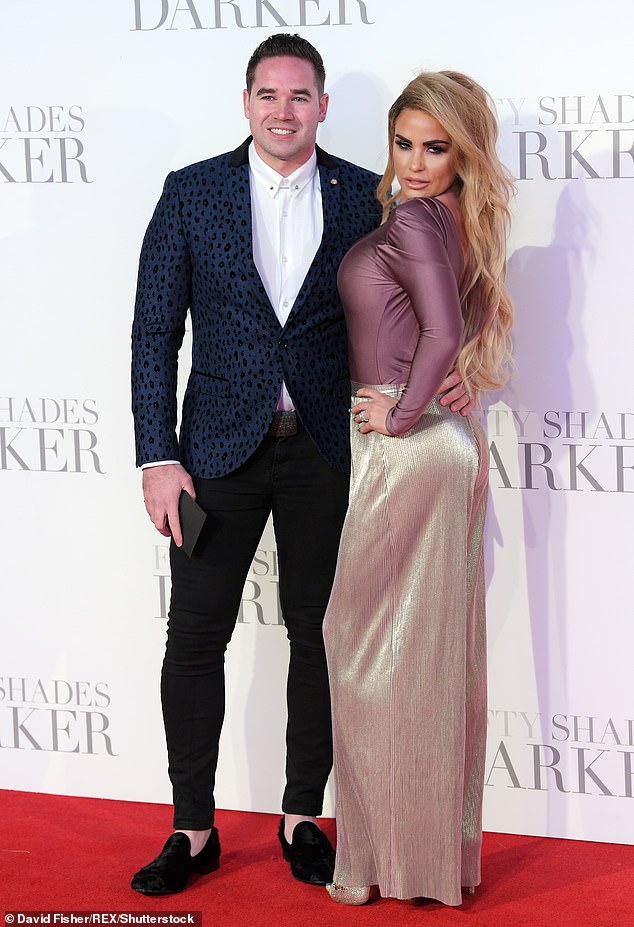 Katie was arrested on January 21 over claims she sent an abusive text to Michelle.

She spent the night in a cell after being quizzed by officers at Worthing Police station who had earlier picked Katie up from her home in Horsham after a report was made.

MailOnline understands that the mother-of-five may have breached the order a second time when she sent an anonymous letter attacking Michelle to a relative just before flying out to Thailand.

Defence: Kieran’s fiancée Michelle Penticost shared a thinly-veiled post on her Instagram Story on Wednesday night which read: ‘It’s time to move on my dear’. Katie was arrested on January 21 over claims she sent an abusive text to Michelle

In latest proceedings, TV personality Katie was accused of ‘psychological warfare’ after she compared Kieran to Jimmy Savile and asked ‘who’s going to fix this?’.

The article she shared on her Instagram Story told how he could be quizzed over three historical rape allegations relating to a woman – now known to be a minor under the age of 16.

Katie added to her post ‘The underage girl in this situation needs justice too’.

Hayler has previously said the claims were ‘false’ and ‘fabricated’ by a third party. 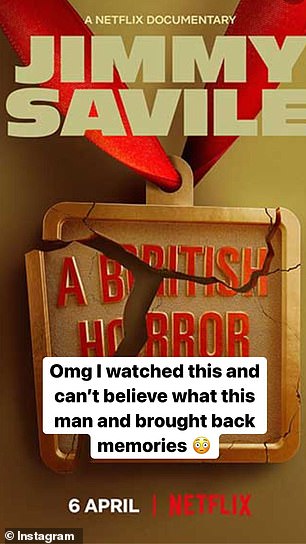 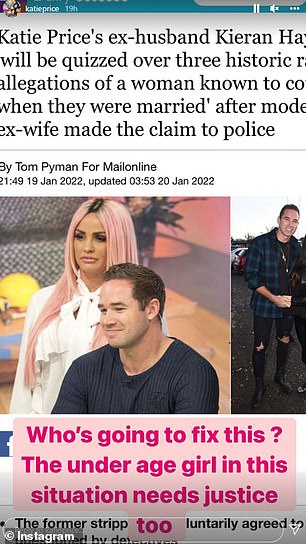 Social media: Katie posted on Instagram on Tuesday about Savile then allegations her ex Kieran is facing

Sussex Police, who was investigating, said it was probing a report that in 2016 a girl was raped by an adult male known to her at a location in West Sussex. No arrests had been made.

A spokesperson said: ‘Miss Price’s most recent outburst directed at her ex husband, Kieran Hayler on her social media serves no other purpose than to expose her own bitterness in driving unsolicited propaganda that is wholly made up of false allegations, this psychological warfare will not be tolerated.

‘Kieran has assisted the police in fully co-operating to ensure he is soon vindicated.

‘Mr Hayler is keen not to get into a public dispute and will not engage with Miss Price otherwise than in the best interest of their children who remain in his stable care.

‘She’s taken it too far – Kieran is furious and has told her to stop right away – or face the consequences.

‘The posts will be coming down soon.’

A source close to Mr Hayler added: ‘Police have been in touch with Kieran regarding an allegation from 2016, which is believed to have been made by Katie. It relates to someone they knew while they were married.

‘Kieran is co-operating and insists he has done nothing wrong — but he’s happy to speak to the cops about it. He just wants to move on from his marriage to Katie.’ 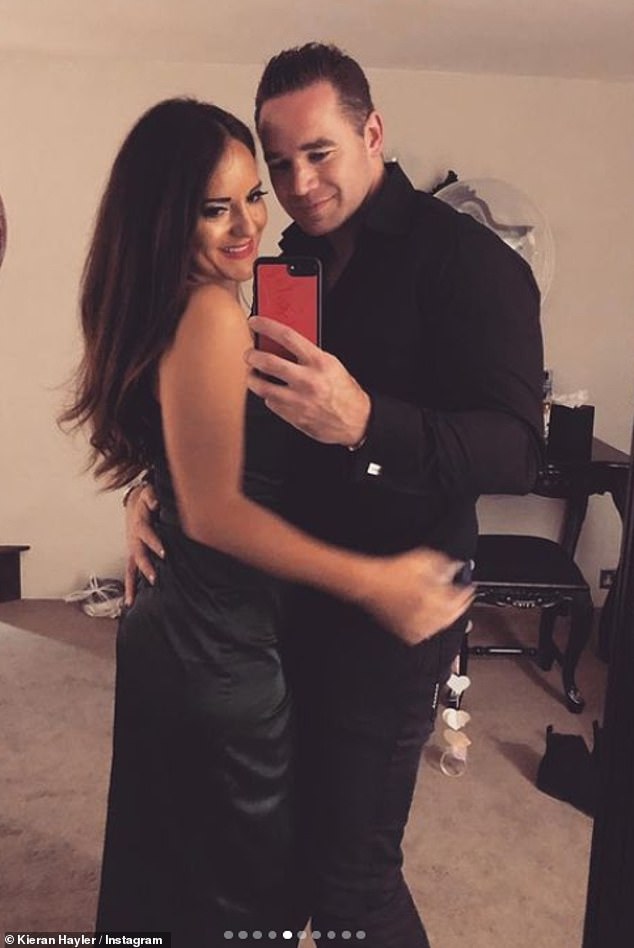 Loved-up: Michelle and Kieran first got together in July 2018, with their sons attending the same primary school together

The former stripper denies what he describes as ‘false allegations’ and insists he will cooperate with police inquiries to clear his name.

The couple had two children together in that time – eight-year-old Jett and seven-year-old Bunny.

A spokesman for Mr Hayler told the Sun:  ‘Kieran is very saddened by these false allegations, and is happy to fully assist the police and co-operate fully to ensure he is quickly vindicated.

‘But he is keen not to get into a public dispute and would prefer to rectify this matter with the police as quickly and calmly as possible, and continue to focus on his own life and future.’

Michelle has grown close to Katie’s two children with Kieran. She also has her own child with the ex-stripper, seven-month-old son Apollo, and a ten-year old son Valentino from a previous relationship.

The couple first got together in July 2018, with their sons attending the same primary school together. 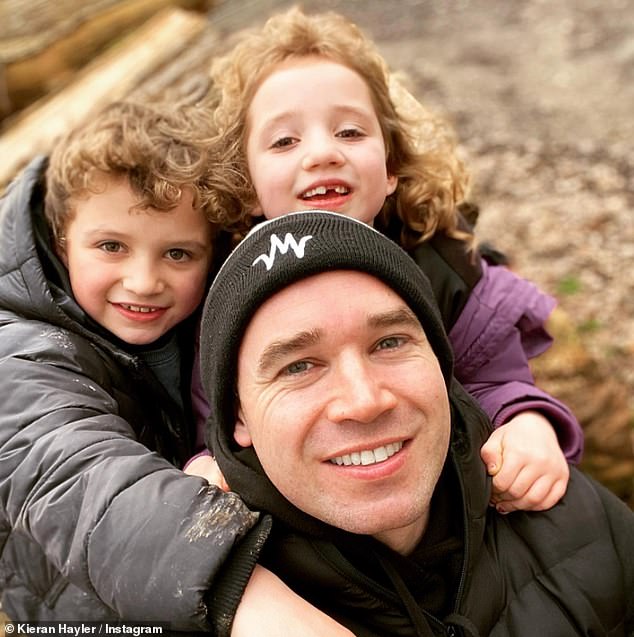