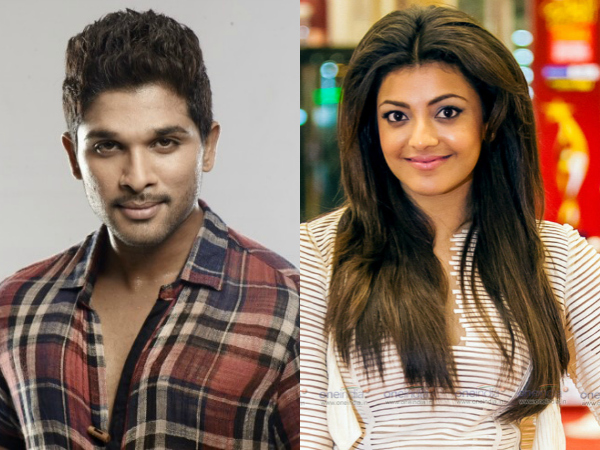 Kajal Aggarwal grabbed several eyeballs by her glamour and sexy moves in item number like Pakka Local from Jr NTR starrer Janatha Garage. Recently it was heard that Kajal Aggarwal has been approached to shake her leg for a special song in upcoming untitled movie starring Stylish star Allu Arjun, which is being helmed by Trivikram Srinivas.

The sources say that when the makers come up with the idea of a special song in the film, Kajal Aggarwal was the first one they thought of the casting. She was approached for the song and yet to given her nod to do it. But now it is being heard that neither Kajal Aggarwal is interested for the item song in Allu Arjun starrer nor anyone has approached her.

The sources close to Kajal Aggarwal revealed that none from Trivikram Srinivas or Allu Arjun’ team have so far approached Sita actress for this item number. Kajal Aggarwal says that she is not interested in Allu Arjun starrer. It is known news that after Janatha Garage, Kajal Aggarwal has made it clear that she will not become item girl in future.

On the work side, Kajal Aggawral was last seen in Sita, the directorial venture of Teja in which Bellamkonda Sai Srinivas played the lead role but the movie was ended up commercially flop at the box office.