John Cusack lashed out at Trump supporters as the 2020 presidential election results slowly trickled in on Tuesday night.

The next president has yet to be decided as of Wednesday morning, and the actor, who previously backed Sen. Bernie Sanders, I-Vt., during the Democratic primary, ramped up his anti-Trump rhetoric online, bashing some voters in the process.

"think this will be like2018 where it took a while to see dem gains play out & Biden will get 270 : But fact so many people didn’t just look the other way – but VOTED FOR the mentally ill virus spreading Child abducting Nazi rapist ?" Cusack tweeted Tuesday night.

He added: "Hard to find a punchline here – We are ill."

Throughout the night, the actor reacted to Trump's speech given early Wednesday morning in which he thanked the "American people for their tremendous support. Millions and millions of people voted for us tonight and a very sad group of people is trying to disenfranchise that group of people and we will not stand for it."

When one of the actor's followers called his attention to the president's press conference, Cusack replied, "Trump wants to stop voting only in states where he's ahead with millions of legal votes ready to be declared that heavily favor dems."

In another reply to a follower on Twitter, Cusack claimed that Trump "thinks he's Putin."

In multiple other tweets, Cusack ripped the president for "suggesting legally cast ballots are illegal."

He further claimed "everything" coming out of Trump's mouth "is a lie," adding that he finds the president to be "insane" and branded him "a criminal."

“Hitler sort of stole from the avant-garde left. He hated the message of the avant-garde left because it was at-war, coming from WWI, but understood that art was the new… politics was the new art, and art and politics were going to be fused,” he explained. “You can see Trump doing the same thing. He’s doing this kind of kitsch futurism. He’s saying ‘I’m going to make America great and the future is going to be returned to the past now it’s a past the never exited, I’m lying, everything I say is a lie,' but, you know.” 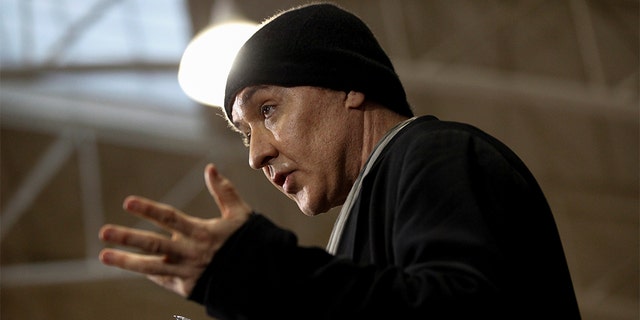 And in September, Cusack suggested he has no time to deal with anyone who isn't trying to remove Trump from the White House.

"I’m blocking anyone who isn’t aggressively anti trump untill election is over – sorry no time for your BS," the actor vowed on Twitter.