Jeremy Clarkson has taken to Twitter to reignite the backlash he faced after he tweeted about the heatwave in France last week. The owner of Diddly Squat Farm, 62, sparked a frenzy amongst his followers after claiming that one of his pigs had died as a result of the scorching temperatures, as he declared “global warming is over”.

Its brief visit took the life of my big pig. RIP pig

In view of his 7.7 million followers, the Clarkson’s Farm star reignited the backlash he faced following his tweet about the heatwave three days ago.

The Grand Tour presenter wrote: “Thankfully, the global warming is now over but tragically, its brief visit took the life of my big pig. RIP pig.”

Jeremy’s tweet comes as temperatures returned to the mid-20s after reaching 40 degrees in some parts of the country yesterday, resulting in devastating wildfires.

Following his post, the star’s social media following flocked to the comments to take issue with what he’s shared. 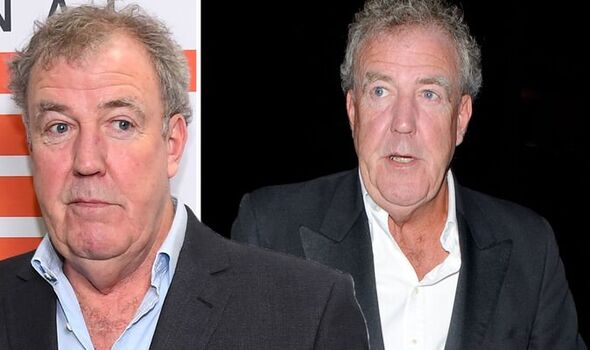 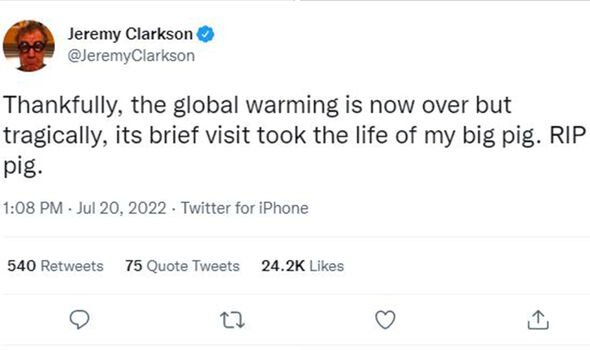 Twitter user @IainSmi14704319 replied: “Good joke. Bet the people who lost there homes to fires are laughing their heads of.”

“Climate isn’t the same as weather, global warming isn’t over,” @stardust6794 hit back at the star.

@cherylboulton added: “Perhaps you will realise how serious this is then. 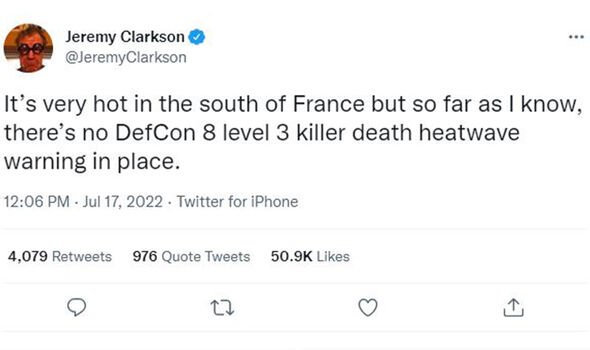 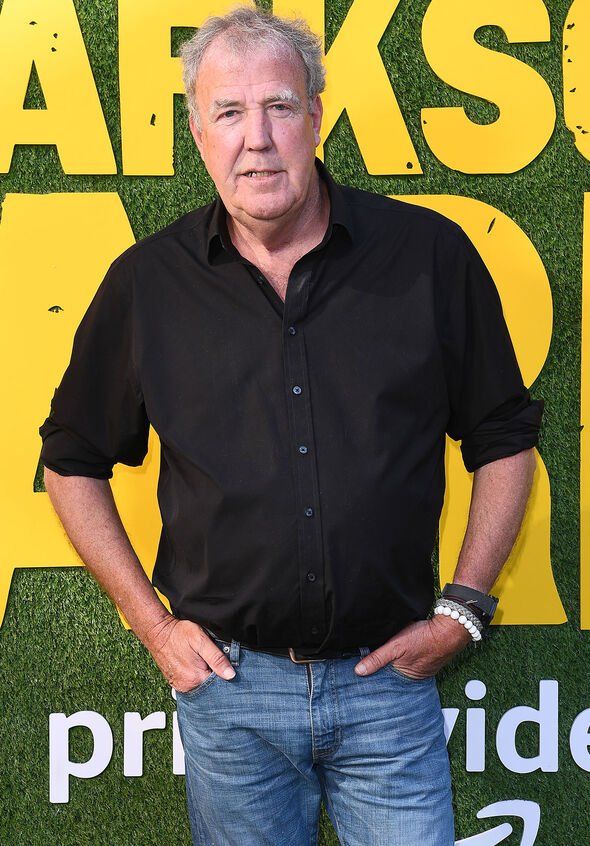 “How would you like it if your land was on fire and you where struggling to harvest enough food to keep your animals fed or winter, let alone anything else.

“I feel sorry for the proper farmers,” they ended their comment.

It comes days after the Top Gear star faced backlash as he controversially weighed in on the heatwave, after comparing British concerns about the heat to the attitude from the public in France.

He tweeted: “It’s very hot in the south of France but so far as I know, there’s no DefCon 8 level 3 killer death heatwave warning in place.”

His comments came as the UK was set to see its biggest heatwave of the summer so farm with London temperatures topping that of the Sahara desert.

Despite the Met Office issuing amber and red alerts warning of “potential serious illness or danger to life”, Jeremy made it clear he wasn’t too impressed with the public’s reaction.

The presenter took to Twitter yesterday to claim that France was much more calm in handling the heat.

In another tweet he wrote: “I’ve spent my life working in extreme heat and we survived by having a beer under a tree. Climate change is real. Drink more beer.”

However, like the UK, France has also been hit by extreme weather and has its own heat warnings in place.

Temperatures have soared to the mid-40s in some regions of the country, with the south-west being badly hit.

Wildfires spread over 11,000 hectares of the Gironde region and resulted in over 14,000 people being evacuated from their homes.

The government issued red alerts for a few regions, as over 1,200 firefights attempted to get the blazes under control.