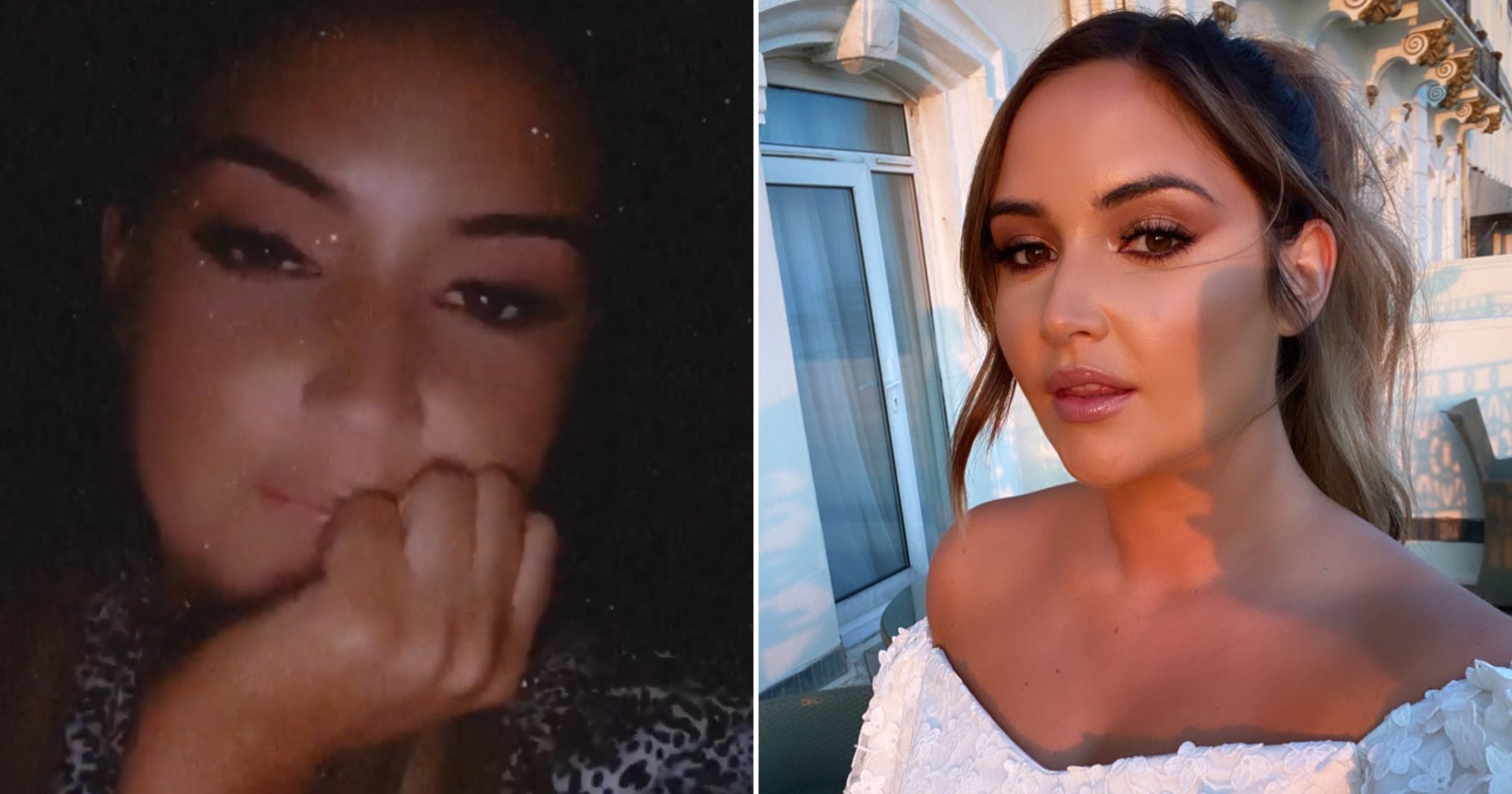 Jacqueline Jossa has given fans an insight into the horrific abuse she’s subjected to on social media, with one troll branding her ‘chunky’.

The I’m A Celebrity… Get Me Out Of Here star proudly revealed the results of her weight loss journey on Wednesday evening with a photo of her wearing leggings and a sports bra putting her abs on show.

Acknowledging how her body confidence has improved, Jacqueline wrote in her Instagram stories: ‘I still have a long way to go to get to where I want to be, but I would never have posed like this a month ago [with] a bloody sports bra so happily.’

Most of Jacqueline’s fans have been supportive of her honesty but others have used her openness as an opportunity to send abusive messages.

She revealed: ‘Also I read through my inbox and today I found a troll being so so nasty. I let it get to me.

‘It made me feel so terrible like my progress didn’t matter. That I was huge and all of it was a waste of time.’

‘But I checked myself, found my strength and progress and I am honestly so proud of where I am at. I am enough. I am trying my best. And I am loved,’ she concluded.

The former EastEnders star then shared screenshots of the DMs, which included one Instagram user calling her ‘chunky’ and pointing out the ‘size of [her] gut’.

Taking aim at Jacqueline’s previous marital issues with husband Dan Osborne, another said: ‘You wouldn’t know classy if it hit you round the face. Which is probably what Dan’s k**b is doing to some other woman right now.’

The mother-of-two later spoke to fans in a video and reassured them she was fine and actually in a good mood.

Earlier in the week, the 28-year-old posted another update on her fitness journey and admitted she had no idea how much weight she’d lost, but guessed it was ‘over half a stone’.

She added: ‘I have tried to be as good as possible. You guys know I’m on a bit of a healthy reboot plan. I still feel really good and I definitely haven’t eaten as much crap as I would have during these times. So that’s good isn’t it.’