In the year and six days since the violent insurrection in the nation’s capital, former President Trump and his Republican allies have consistently attempted to downplay the attack on the citadel of democracy.

A “normal tourist visit” is how Republican Rep. Andrew Clyde of Georgia has characterized aspects of the frenzied assault. Republican Sen. Ron Johnson of Wisconsin has denied the attack amounted to an armed revolt and said most of those who breached the U.S. Capitol weren’t violent and “stayed within the roped lines in the Rotunda.”

But there’s a problem with this attempted spin: video evidence.

No one has done as much to document what occurred on January 6, 2021 as the Visual Investigations team at the New York Times, which produced the short documentary Day of Rage. It is based on meticulous analysis of thousands of videos shot by rioters themselves, along with police body cam footage, law enforcement radio traffic, and video from Capitol security cameras. The film, co-directed and produced by Malachy Browne and David Botti, and produced by Haley Willis, has been shortlisted for the Academy Awards and viewed more than 8 million times. 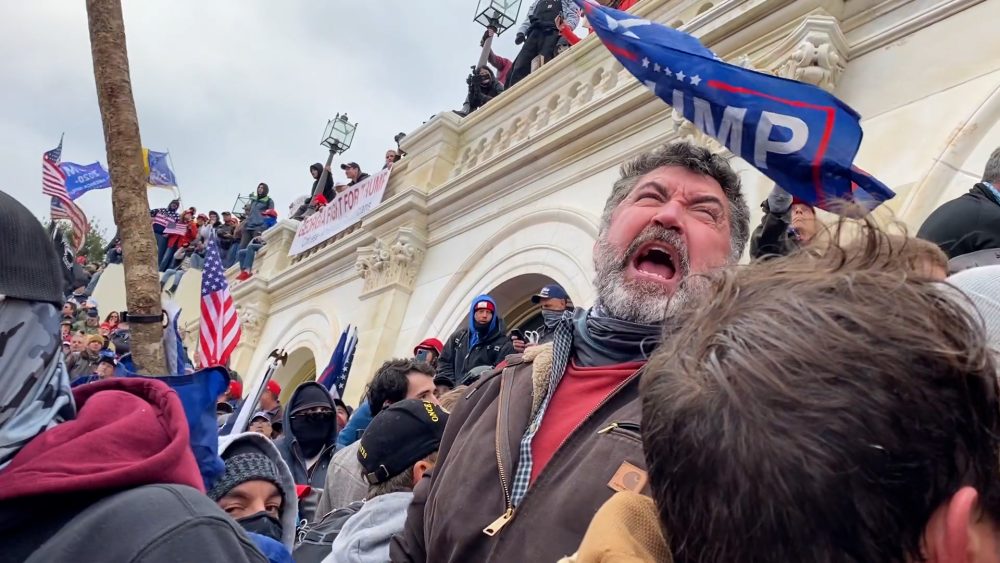 “I think there’s a very great value in simply showing what happened, just minute by minute, moment by moment,” Botti tells Deadline. “We added a layer of analysis onto it and the point of the analysis was mainly to help guide people through the film and give them situational awareness and a sense of time passing. But we really just wanted to let the footage speak for itself.”

“Can we just take a minute to appreciate how well this video was made,” wrote one viewer on YouTube. That comment alone has attracted 7.6 thousand “likes.”

“What we wanted to do is show how [the assault] happened and why it happened, put it in the broader context of the campaign of political disinformation that led [Trump supporters] there and clearly inspired them,” notes Browne, who also narrates the film. “Because you hear them regurgitating the lies that they had been fed for months through mainstream media, on fringe media podcasts, and also then all of the chatter that was swirling in online forums.” 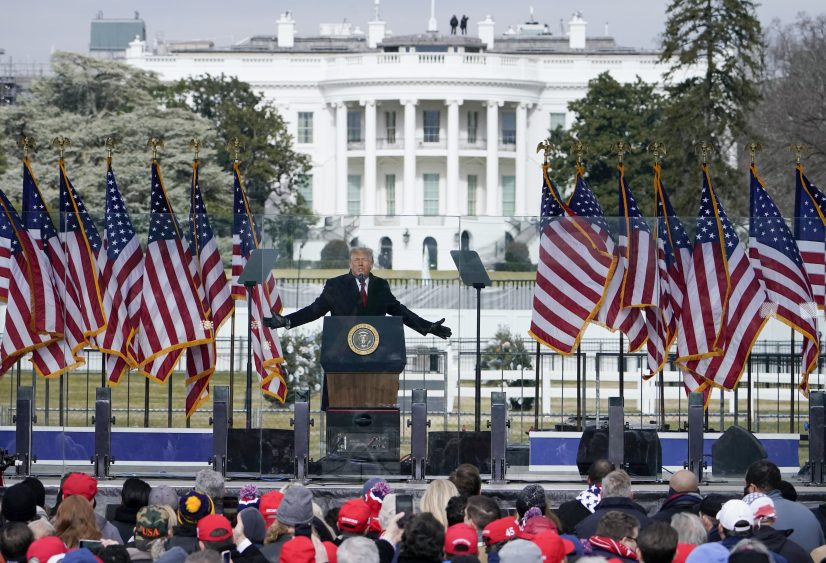 During his address to supporters gathered on the Ellipse near the White House on January 6, Trump repeated his false assertions that the election had been stolen and he warned them, “If you don’t fight like hell you’re not going to have a country anymore.” That may have lit the fuse for some in the crowd to spontaneously mount an insurrection, but others had come to the Capitol with a premeditated plan.

“In the weeks beforehand, there were over a million mentions on social media of storming the Capitol,” Browne observes in his narration. “Maps were shared of the building’s layout. There was talk of bringing weapons and ammunition and discussion over which lawmakers should be targeted first.” 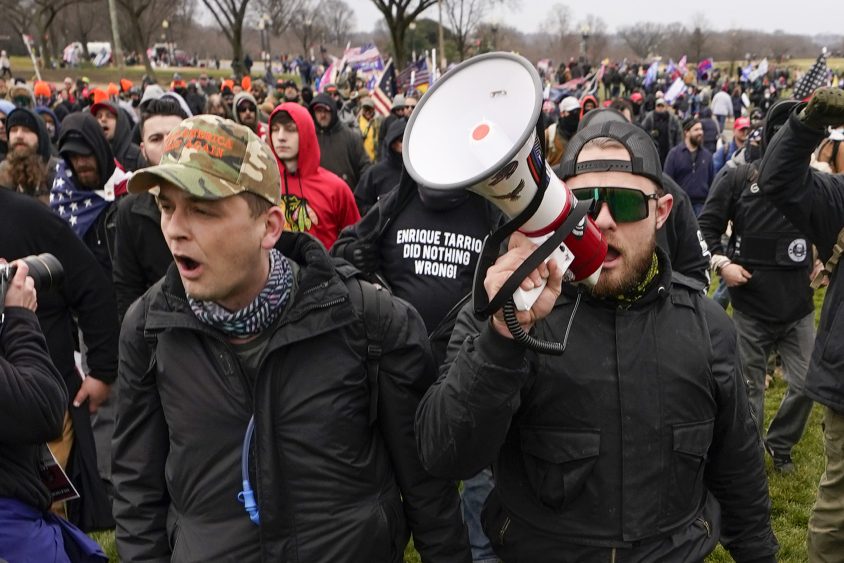 The Visual Investigations team tracked the movements of leaders and members of far right militias who played a key role in the assault, including the Oath Keepers, the Proud Boys, and the Three Percenters. Some of the insurgents outfitted themselves in tactical gear and communicated through walkie talkie apps.

The filmmakers also established the precise circumstances around the death of Ashli Babbitt, an insurrectionist who was shot by a Capitol police offer after she tried to breach a door leading to the Speaker’s Lobby on the House side of the Capitol. And they get to the bottom of how another demonstrator died just outside the building, Rosanne Boyland, who collapsed and then was trampled upon by other insurgents.

“Congress, they’ve used pieces of our work in their own investigations,” Botti says. “Even the other day, there was an article about the January 6th committee and the article had a photograph in it that was credited to the FBI, but it was actually from our reporting.” 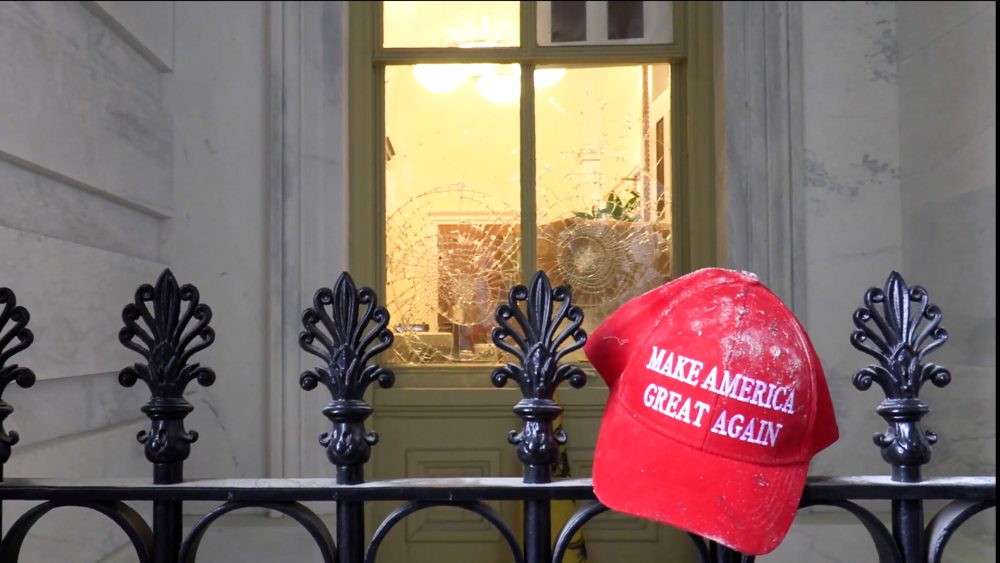 It took a monumental effort to collate all the data and visuals, Willis comments.

“Probably the largest spreadsheet I’ve ever worked with, which started on January 6th, on the day, which we basically turned into kind of a mass timeline of every piece of evidence that we found and everything that happened in it,” Willis notes. “Because when you see everything together in that way, you start to notice specific things. Like, why did the Senate shut down at this point? But the House was still running.”

The failure of the House of Representatives to suspend proceedings as the insurrection burgeoned directly led to the fatal interaction between police and Babbitt, the film suggests. Day of Rage also lays bare the disastrously insufficient planning by law enforcement ahead of the insurrection, the reason National Guard troops only arrived hours after the Capitol breach, and how the violent uprising was ultimately quelled.

“It’s quite high octane, intense stuff,” Browne says, adding that motion graphics illustrating how everything unfolded helped tell the story. “The graphics, we kind of thought, ‘Well, we want to sort of lay out the football field a little bit.’ So people will understand what’s happening, where. And even though everybody knows the outcome, set up a little bit of dramatic tension there as well and sense of foreboding with it.”

The New York Times’ acclaimed Op-docs series, a platform for short films from independent filmmakers, has earned Oscar nominations before, including A Concerto Is a Conversation last year. But this is the first time a documentary made in-house at the New York Times has earned a spot on the Oscar doc shortlist. 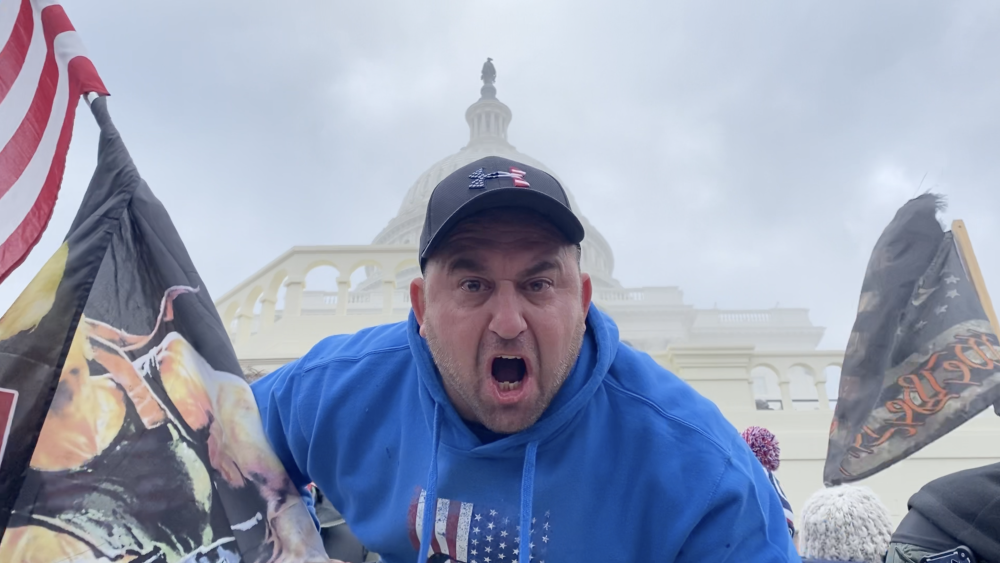 “It’s definitely a great honor, but it was very, very unexpected,” Willis tells Deadline. “I actually was like, ‘Oh, there’s no chance,’ seeing the other films that were up for this. So it’s really exciting.”

The film has triggered over 68,000 comments on YouTube. Even some on the right have embraced the documentary, in part because of its careful elucidation of the timeline of events on January 6.

That conveniently ignores Trump’s incendiary rhetoric leading up to January 6.

“We didn’t want to do a ‘both sides’ on it,” Browne insists. “We really wanted to call it for what it was and how we saw it. And it was as clear as day when you heard of the motivations of people as they were carrying out the riot, what brought them there.”

‘This Is Us’ Casts Vanessa Bell Calloway As Key Character; More On Tonight’s Twist