Products featured are independently selected by our editorial team and we may earn a commission from purchases made from our links; the retailer may also receive certain auditable data for accounting purposes.

One of the most-anticipated sporting events of the year takes place this Sunday, as Floyd Mayweather squares off against Logan Paul in a special pay-per-view boxing event on Showtime.

The fight marks Mayweather’s return to the ring since retiring after a 10th-round stoppage win over UFC star Conor McGregor in August 2017. Paul’s appearance, meantime, comes a little over a month after his brother, Jake Paul, took on Ben Askren at the Triller Fight Club event in April (FITE is showing unlimited replays of that fight until July 17).

When is the Mayweather vs. Paul Fight? Date, Start Time, Price

Mayweather and Paul will take to the ring inside Hard Rock Stadium in Miami Gardens, Florida (home to the NFL’s Miami Dolphins). Unlike most UFC and boxing events over the past year, which were held without an audience due to Covid, fans will be able to watch the Mayweather vs. Paul fight live inside the stadium.

Tickets to the event are still available online at sites like VividSeats.com (current prices start at $85) and on StubHub.com (where tickets currently start at $84 as of this writing).

Prefer to watch the Mayweather vs. Paul fight from home? The pay-per-view price for the boxing match is $49.99.

How to Watch Mayweather vs. Paul Fight on TV

The Mayweather vs. Logan Paul fight is an exclusive pay-per-view event airing on Showtime. Even if you have Showtime as part of your cable package, you’ll still need to pay the $49.99 PPV fee.

Want to get in on Showtime? The site is currently offering a 30-day free trial here, that will let you watch all its shows and special programming on your connected TV (Keep in mind you don’t need to be subscribed to Showtime to watch the Mayweather vs. Paul PPV fight).

If you want to watch Mayweather vs. Paul on TV, you can also get the fight via your Fire TV or Fire TV Stick. You can buy the fight directly from the Showtime app or the FANMIO app on your Fire TV.

How to Stream Mayweather vs. Paul Fight Online

If you want to stream Mayweather vs. Paul online, you can purchase the PPV fight on Showtime.com or through the Showtime app. You’ll then be able to stream the fight online from your computer, tablet or phone.

This is the only official live stream for the Mayweather vs. Paul fight and it’s available for a one-time $49.99 purchase. Unlike the Jake Paul fight, which you can stream unlimited replays of on FITE.tv, the Logan Paul fight will only be available to stream live.

There is no way to stream Mayweather vs. Paul online free. However, you can sign up for Showtime’s 30-day trial to get Showtime free online even after the fight is over. 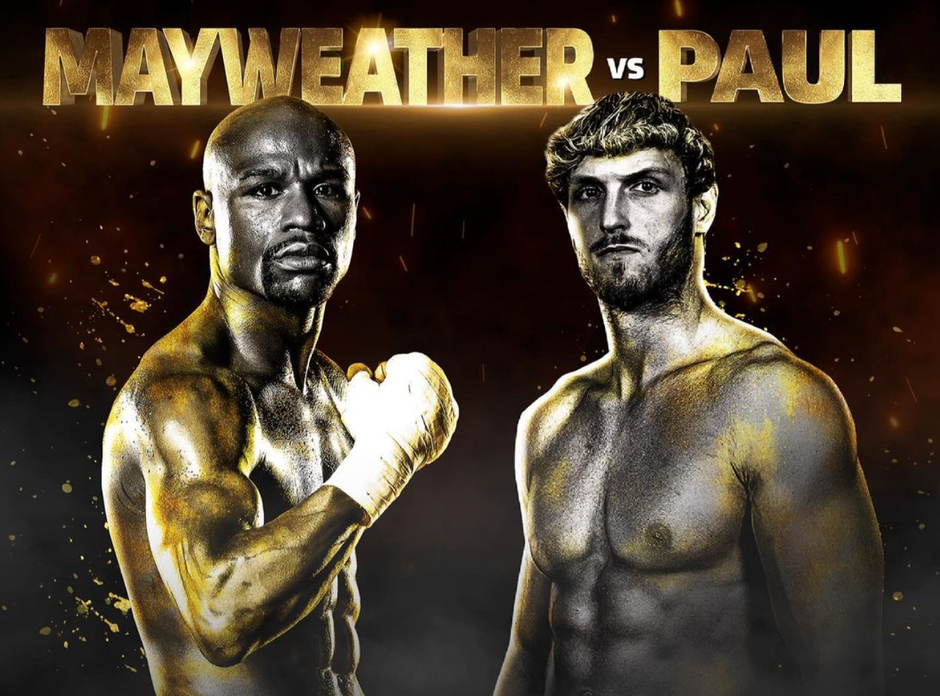 Sunday’s fight will be the first meeting between Floyd “Money” Mayweather and Logan “Maverick” Paul. This is an eight-round special exhibition produced by Mayweather’s “Mayweather Promotions” in conjunction with FANMIO and Mavathltcs. Each round will be three minutes long.

At 6 foot 2 inches, YouTuber Paul holds a four-inch advantage over Mayweather, and he’s weighing in at around 190 pounds compared to Mayweather’s leaner 160. But Mayweather is one of the all-time boxing greats, holding a 50-0 record with 27 KOs. Paul’s only previous “professional” boxing match experience was against fellow YouTuber KSI, with their last meeting ending in a split-decision win for KSI.

Unsurprisingly, Vegas oddsmakers have Mayweather as the overwhelming favorite, citing his experience, power and range of fighting and attacking styles in the ring.

The rest of the Mayweather vs. Paul fight card will feature three matches: Badou Jack vs. Jean Pascal in a 12-round WBA Light Heavyweight Title Fight. This is a rematch of their fight in 2019, which ended in a controversial win for Pascal.

The undercard also features Jarrett Hurd vs. Luis Arias in a 10-round Super Welterweight Bout. The final match features former NFL player Chad Johnson making his televised boxing debut in a four-round exhibition against Brian Maxwell. Johnson, who once went by “Ochocinco,” has changed his nickname ahead of the fight to Chad “Sweet Feet” Johnson.