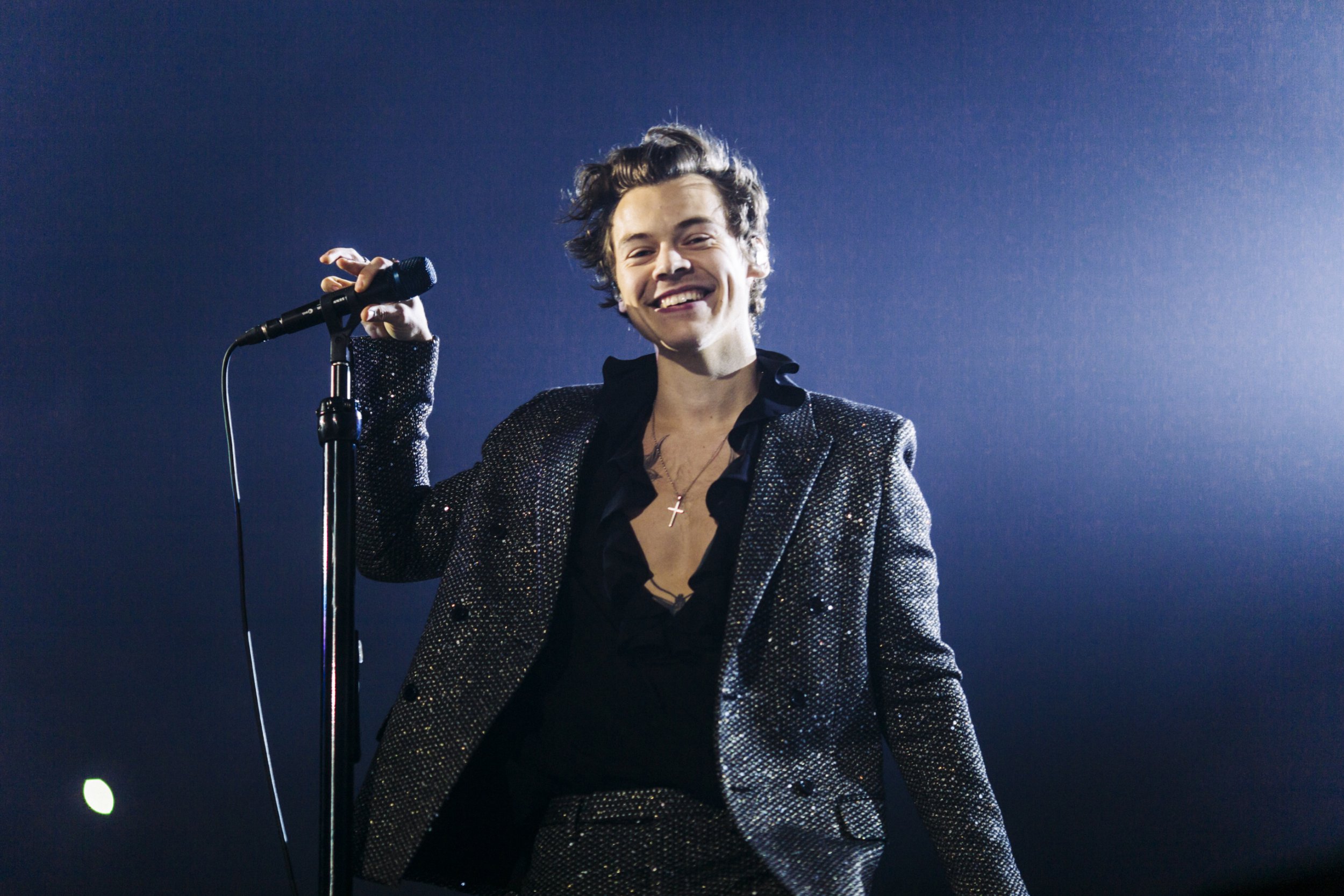 Harry Styles has come under fire for ‘spitting live on stage’ during his gig in Las Vegas, earlier this month.

After being forced to push back tour dates, the One Direction star, 27, is finally getting to hit the road over in the US as his Love On Tour show picks up again.

He kicked things off in Vegas on September 5 with a show at the MGM Grand Garden, but according to reports, the Watermelon Sugar hit-maker hit a bum note with fans.

Flocking to Twitter to have their say, fans called out Harry for supposedly spitting water out of his mouth while on stage and then throwing a water bottle he had drank from into the crowd, reports The Independent.

Harry is known for performing ‘The Whale’ – his signature move on stage – that sees him drink from a water bottle and then spitting it out into the air.

Back on stage once again, Harry included the move into his set but was quickly criticised given the coronavirus pandemic.

Covid-19 has seen us all go heavy on the hand sanitiser, with reports revealing the virus can be passed on through saliva and respiratory droplets.

‘Harry Styles needs to retire drinking water then spitting it out in the air at his concerts because well we’re still in a pandemic and also it’s gross,’ tweeted one person.

Another vented: ‘its already enough that harry styles is having this tour rn when covid is still very much not over but he was literally SPITTING on stage and i barely saw any masks on in that crowd. AND NOBODYS SAYING ANYTHING BUT PRAISE? What world r yall living in (sic).’

One more shared that they were ‘disappointed’, as they posted: ‘if you went to the harry styles show there is something wrong with you, and harry is an idiot for even hosting the event. multiple people in the pit have already gotten covid and he was spitting water during a pandemic? i like his music but i am honestly disappointed about this.’

One fan took it upon themselves to reach out to Harry and ask if he could ‘retire’ his signature move during Covid.

They tweeted: ‘I love you dearly. But it’s Covid. Please stop taking a drink from water bottles then throwing it on people and doing the whale. That’s…an incredible amount of germs. I know most of us would let you spit in our mouths but just maybe retire it for this tour? No hate.’

Harry had marked his return to the stage following his show in Sin City and tweeted: ‘Vegas, you blew me away. I’d been waiting for that.

‘Thank you so much for all the love, I had the time of my life with you. H.’

It was revealed that all concert-goers would need to be jabbed or provide proof of a negative Covid-19 test in order to be allowed into venues hosting Harry’s tour across the US.

Wanting to prevent any spread of the virus at events, Harry’s team informed fans: ‘For the health and safety of everyone attending Love On Tour, all ticket holders must provide proof of a full Covid-19 vaccination or proof of a negative Covid-19 test within 48 hours prior to entry, in addition to wearing a mask.’

Harry’s rescheduled tour dates for the UK and Europe are yet to be confirmed.

The Grammy Award-winner last updated fans in July, tweeting at the time: ‘To everyone in the UK and across the world, I can’t wait to see you again, but for obvious reasons it is just not possible at this time.

‘I will be sharing more news soon about shows across the globe and new music.’