What’s it like to go inside the mind of one of America’s most notorious killers? “Disturbing,” says former Law & Order star Elisabeth Rohm, whose own uncle was murdered when she was a teenager and has long tried to understand what makes people kill. “It really had a haunting effect in my family,” she says, while admitting that she finds the “serial killer’s mind fascinating,” which is why she agreed to host and produce the new true-crime podcast Killer’s Vault.

Through personal letters, journal entries, private phone calls with Richie and Barbara Denton, who corresponded with the killers for two decades, season 1 of the podcast offers a rare inside look into the frightening psyches of Gerard Schaefer, John Wayne Gacy, Richard Ramirez, David Alan Gore and “Toolbox Killers” Lawrence Bittaker and Roy Norris. In addition to being hosted by Rohm, the series is narrated and executive produced by Eric Roberts, who delivers a “brilliant portrayal” while reading many of the vivid and detailed letters and notes aloud.

One example of those letters provided to ET — and the only one safest enough for work — is written by Jeffrey Dahmer, who will soon be portrayed by Evan Peters in an upcoming true-crime biopic. Known as the Milwaukee Monster, Dahmer was convicted on various charges and sentenced to 16 terms of life imprisonment for the murder and disembodiment of 16 men and boys between 1978 and 1991. While not included in season 1, he’s among killers, like Charles Manson and David Berkowitz, to be featured in future seasons. 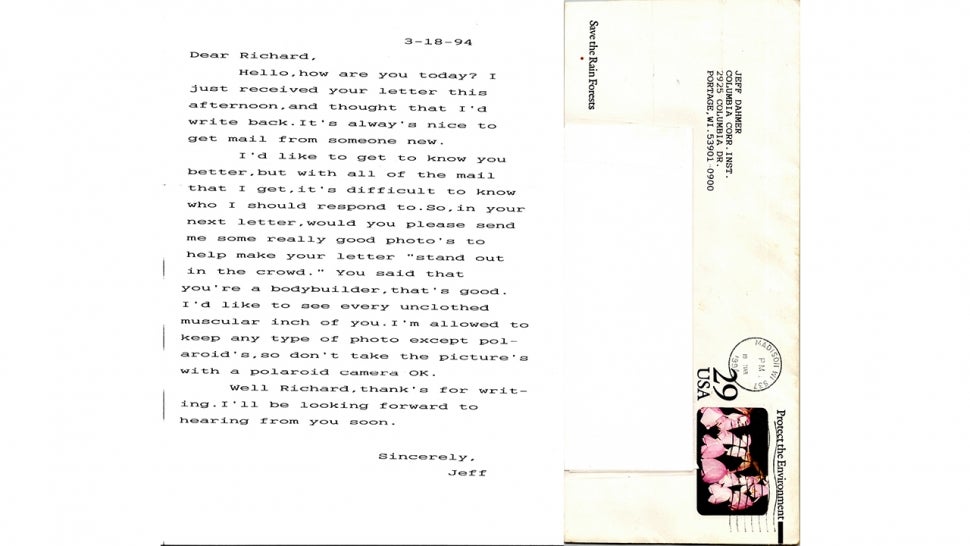 “It’s a treasure trove,” Rohm says of the kind of archival information the podcast has put together via the Dentons’ decades-long research and the relationships they formed with the convicted killers after they were put behind bars. While twisted at times, she adds that the access provides a very “authentic” portrayal of these individuals, allowing listeners to get to know them like they never have before. “It really gives some insight into the criminal minds.”

Admittedly though, Rohm found herself emotionally exhausted after a long day of recording. “I almost cried three times reading things. It’s very raw, very intense, and it’s as dark as it gets,” she says, “but it’s interesting.”