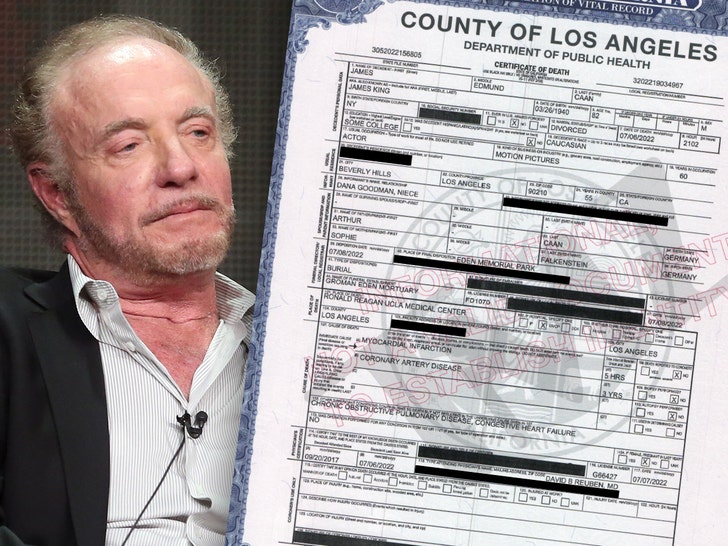 Legendary actor James Caan died from a combination of serious heart problems … according to his death certificate.

The document, obtained by TMZ, says James died from a heart attack and coronary artery disease — the most common heart disease in the U.S.

As we reported … James died July 6 at 82 years old, but details were scarce aside from a family statement.

The death certificate says James died at 9:02 PM at Ronald Reagan UCLA Medical Center in Los Angeles. He’s since been buried at Eden Memorial Park, the final resting place for many celebs. 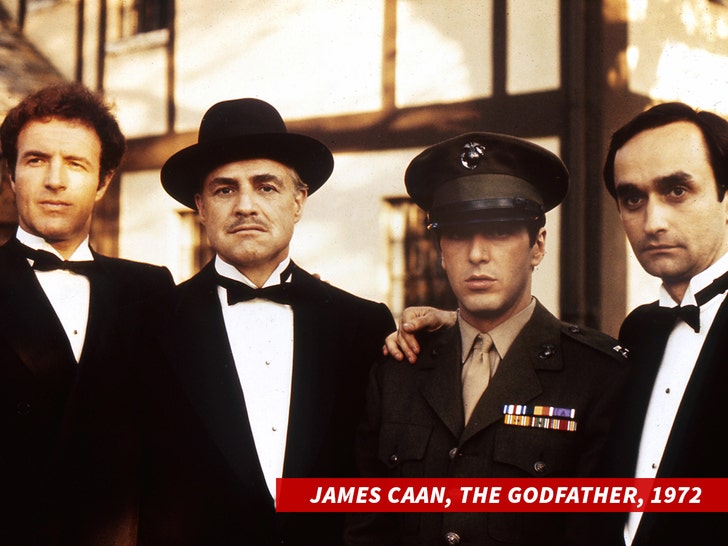 Famous for his roles in films like “The Godfather,” “Brian’s Song,” “Misery,” “Dick Tracy” and “Elf,” the certificate lists James’ occupation as an actor with an impressive 60 years of experience in motion pictures.