George Clooney discussed politics, including whether or not he’d consider entering the field himself, and former President Donald Trump, in a new BBC interview.

George Clooney, 60, is fearlessly letting the world know he’s not a big fan of Donald Trump. The actor mentioned the 75-year-old former U.S. president during a recent sit-down interview on the BBC’s The Andrew Marr Show and called him “a knucklehead” who “is going to be a factor for a while” even though his time at the White House ended when President Joe Biden was elected last year.

“He’s going to be a factor for a while. It’s so funny because he was just this knucklehead. I knew him before he was a president. He was just a guy who was chasing girls,” George said in the interview. “Every time you went out he’d come over and be like, ‘What’s the name of that girl?’.”

“He’s going to play this out for a while and we will see where we go with it as a country,” he continued after explaining that he thinks “a lot of things that have to be repaired” in America following Trump’s presidency. “There’s a lot of healing that has to happen and it’s going to take time.” 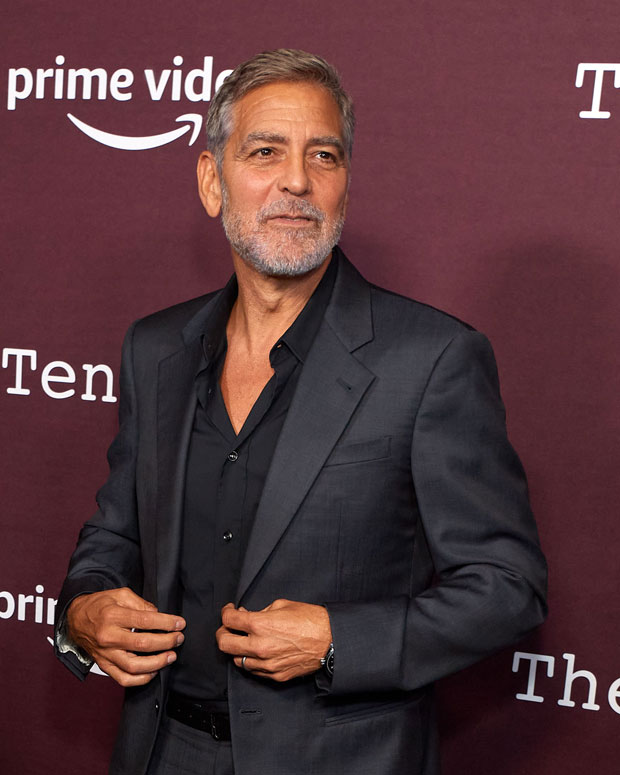 “My hope is we have a little better sense than to do that again,” the two-time Academy Award winner added.

In addition to Trump, George, who is the father of two with wife Amal Clooney, 43, addressed the question of whether he’d ever be involved in politics himself. “No, because I actually would like to have a nice life,” he said. “I turned 60 this year and I had a conversation with my wife and we were working a lot, as we both do, and I said we have to think of these as the halcyon years. If we have our health, which we do… and I’m 60 and I can still play basketball and do the things I love.”

“But in 20 years I will be 80 and that’s a real number,” he added. “Doesn’t matter how much you work out, what you eat, you’re 80 and so I said we have to make sure we enjoy and live these years in the best possible way.”