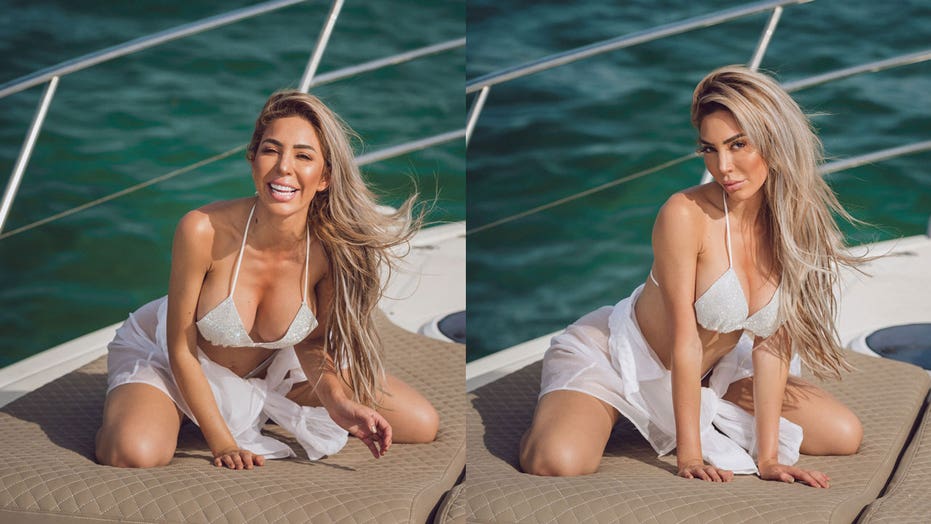 Farrah Abraham stunned during her recent vacation in Mexico.

The 30-year-old reality TV star spent time soaking up the sun in Tulum. The “Teen Mom” star posed in a white bikini and an all-white cover-up for pictures on a yacht.

Abraham also spent time out in an all-black outfit. She was all smiles as she took selfies throughout the vacation.

Abraham’s Tulum vacation followed the reality TV star’s accusations that Chrissy Teigen had bullied her in the past.

The tweet from Teigen re-shared by Candace Owens reads: “farrah abraham now thinks she is pregnant from her sex tape. in other news you’re a w—e and everyone hates you whoops not other news sorry.”

“It’s really just a pathetic statement after someone has gone to therapy publicly for sex shaming, working through my own depression, bereavement, and vulnerabilities at that time,” Abraham told Fox News about the situation with Teigen. “I don’t even say the words she says.”

Teigen has personally never apologized to the reality star, who appeared on MTV’s “16 and Pregnant” along with “Teen Mom,” according to Abraham. Teigen has previously claimed she was going to reach out to all of the people she had bullied online.

The reality star opened up about Teigen’s lack of apology during an episode of E! News’ “Just The Sip” podcast.

“I still have not been apologized to,” she said. “I’ve just noticed her habitual behavior where she will say things and go mute and-or block things, and then not follow through with what she says. Again, that is hypocrisy and I don’t tolerate it.”