EDEN CONFIDENTIAL: How George Osborne took his revenge on Theresa May after being shown the back door when he was sacked as Chancellor

George Osborne has admitted, for the first time, that he made a conscious decision to take revenge on Theresa May after she sacked him as Chancellor when she became prime minister.

‘I was told by her outer office to leave by the back door, to get out of the [Downing Street] apartment, where my kids were living,’ reveals Osborne on Andy Coulson’s Crisis? What Crisis? podcast.

Osborne used his next role, as editor of the London Evening Standard, to attack May regularly. ‘And at that point I said to myself, ‘I am going to do everything I can to bring you down’ . . . It was just so ill-mannered, ungraceful, no respect for my family.’ 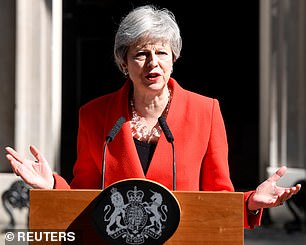 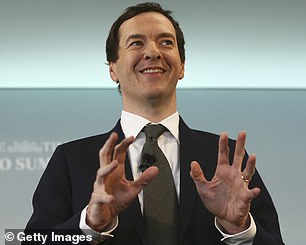 EDEN: George Osborne has admitted, for the first time, that he made a conscious decision to take revenge on Theresa May after she sacked him as Chancellor when she became prime minister

De Savaray, who owned both ends of Britain, dies suddenly

Owning Land’s End would be enough to satisfy most entrepreneurs, but Peter de Savary could also once boast John o’Groats as part of his property empire.

One of Britain’s most colourful characters, de Savary died suddenly at the weekend at the age of 78. His third wife Lana tells me: ‘Peter was extraordinary, not just as a businessman but as a wonderful mentor, loving husband and father of five daughters. He was remarkable, an enormous gap will be left in our lives.’

De Savary, who is understood to have died near his houseboat on the Thames at Chelsea, put his Cotswolds mansion on the market for £10.5 million in 2016 so that Lana wouldn’t be burdened with the 207-acre Manor Hall estate after he was gone.

‘I don’t want to risk leaving her with a house of this size to cope with single-handed,’ he said at the time. 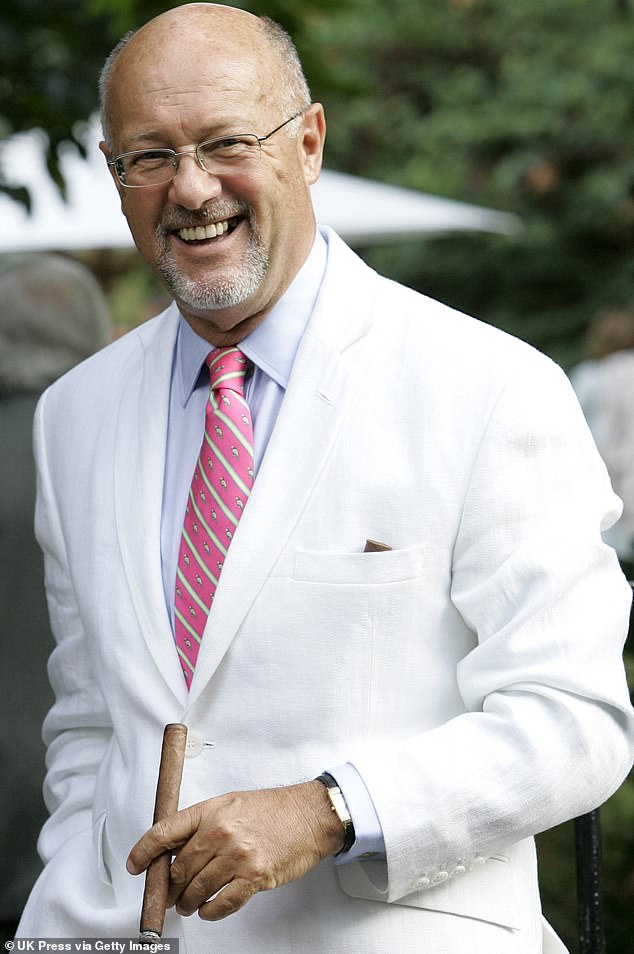 EDEN: One of Britain’s most colourful characters, de Savary died suddenly at the weekend at the age of 78

The son of a French-born Essex farmer, De Savary (pictured) was expelled from Charterhouse school aged 16, after allegedly being caught in bed with the headmaster’s au pair.

He made his first million by the time he was 30, after setting up an import-export business, selling goods to Africa. He then amassed a fortune from the regeneration of industrial wasteland. He had interests in shipping and petrol but is probably best known for his work in hospitality. He founded the St James’s Club franchise with venues from London and Paris to New York, Los Angeles and Antigua.

He also started the Carnegie Club at Skibo castle, which was the backdrop of Madonna’s wedding to Guy Ritchie.

While travelling with his family from the Caribbean in 1987, he was in a plane crash that left one of his young daughters having to be revived on the beach.

The near-death experience proved pivotal. ‘At that point, my philosophy on life changed,’ he said. ‘When you genuinely look death in the eye, you know it’s a pretty tenuous thing we’re hanging on to.’

De Savary announced he wouldn’t be leaving any of his reputed £100 million fortune to his five children, explaining: ‘They will not be given the responsibility and the awesome task of trying to preserve or augment or carry on any of my efforts.’

The luxury U.S. retailer Neiman Marcus includes the Argentine model in its Christmas catalogue. For $295,000 [£257,000] it’s offering a two-night stay at the St Regis hotel in Aspen, Colorado — with Figueras and fellow top polo player Melissa Ganzi providing lessons to the buyer and up to 11 friends at the members-only Aspen Valley Polo Club.

The VIP tickets also include entrance to a star-studded polo match and the exclusive Neiman Marcus tent, with champagne and canapes. 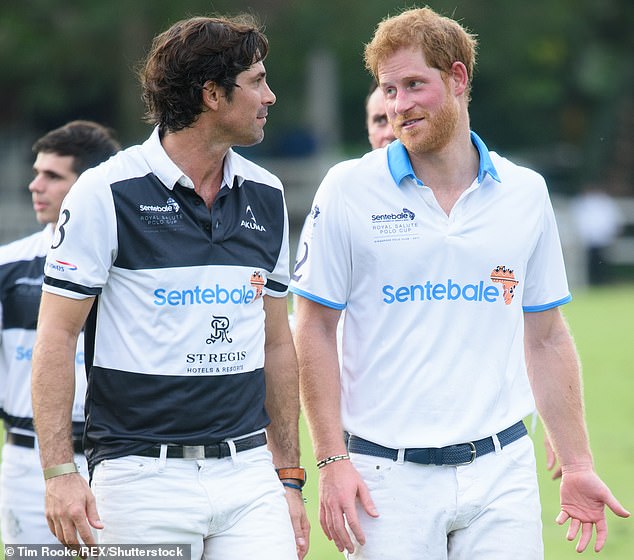 Kate Moss vamps it up at wedding

Kate Moss has made much of her transformation from hard-living party girl to wellness ‘guru’, yet she can still cause a fright.

The supermodel, 48, dressed up as a sexy vampire, complete with black wig and fangs, for an extraordinary wedding at the weekend.

Moss’s outfit was tasteful compared with that of one guest who went as Princess Diana in a gym outfit — with a photograph of a young Prince William in her handbag, and carrying a set of car keys. 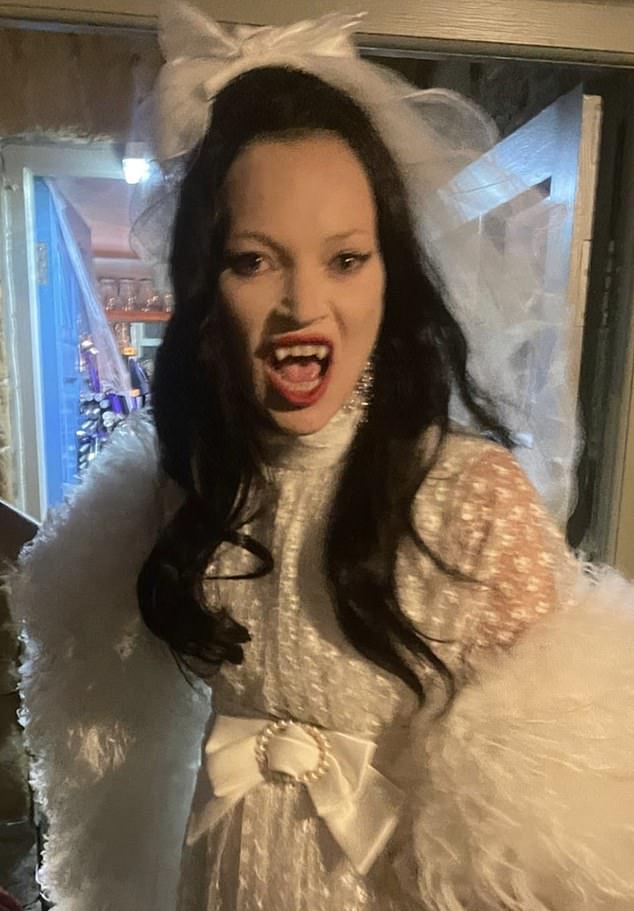 EDEN: Moss’s outfit was tasteful compared with that of one guest who went as Princess Diana in a gym outfit — with a photograph of a young Prince William in her handbag, and carrying a set of car keys 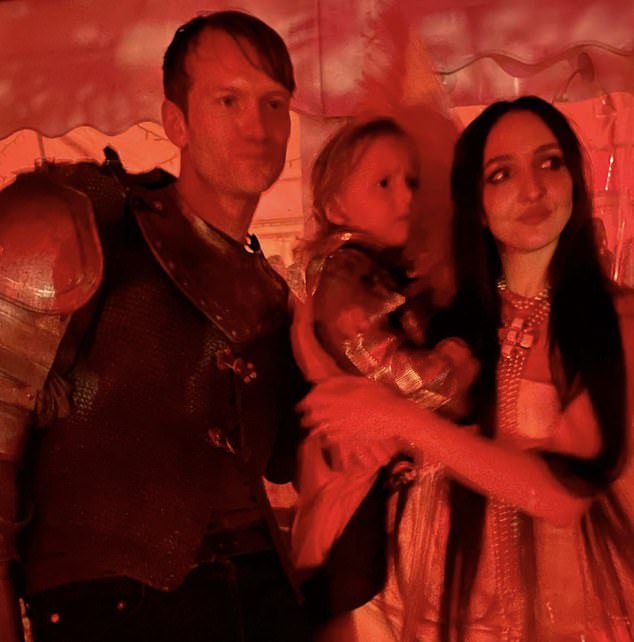 Raise a glass to Fran

Down Under to present the Melbourne Cup today, horse racing pundit Francesca Cumani says we and our Antipodean cousins still have much in common.

‘Australia and Britain, both being Anglo-Saxon countries, we think it’s acceptable to keep drinking until we fall over,’ she says.

The ITV presenter, 39, jokes: ‘Of course, it doesn’t apply to me because I am half Italian.’

Her father is the former Newmarket trainer Luca Cumani. 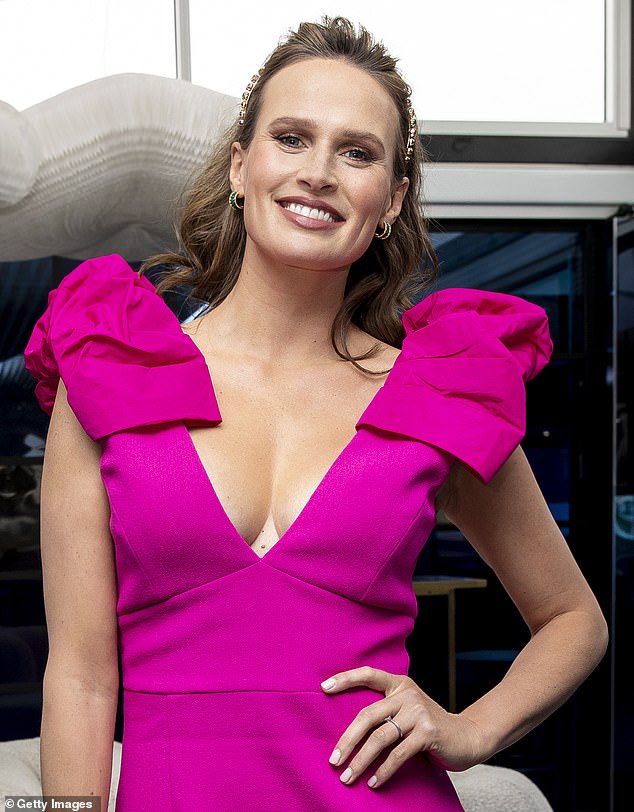 EDEN: Down Under to present the Melbourne Cup today, horse racing pundit Francesca Cumani says we and our Antipodean cousins still have much in common

‘Dudley, when he wasn’t hatching plots and lies to tell the Germans, would sometimes wear delicious long gloves and dress up as a woman, and there are photographs of him doing that,’ the Old Etonian star says.

‘We’ve got his pictures and I’ve been made up to look like him. But, to be honest, I don’t, because he looked much better in a dress than me. I just don’t look good in a dress.’