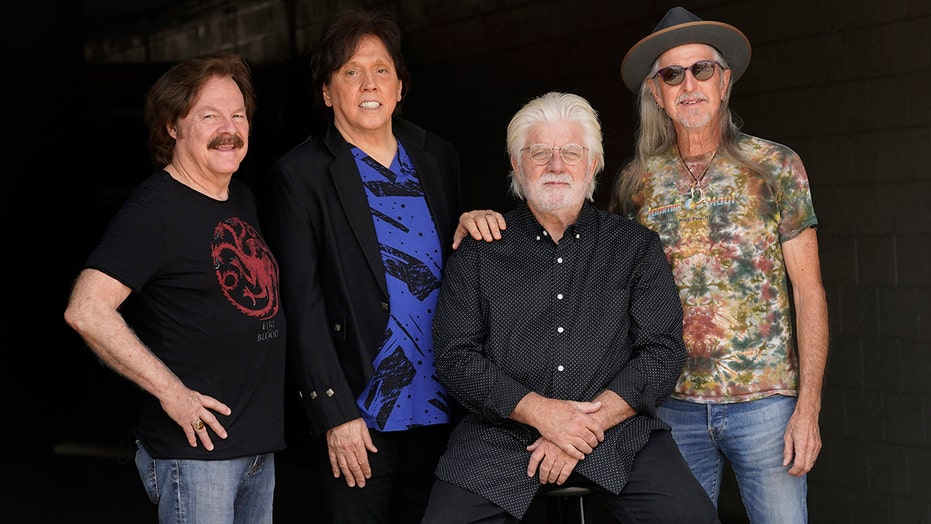 The Doobie Brothers are celebrating their 50th anniversary in their 51st year, heading out tenuously on a delayed tour and hoping they can keep taking it to the streets and letting audiences listen to the music as cancellations abound around them.

2020 ought to have been a banner year for the band, with an anniversary tour that united its two eras — the original Tom Johnston-led version of the early 1970s, and the more R&B Michael McDonald-led version of the late 1970s — and an invite to the Rock & Roll Hall of Fame that many fans felt was decades overdue.

“We had everything going and it got dumped on by the pandemic, which kind of sucked,” Johnston told The Associated Press in an interview at the group’s rehearsal space as they prepared for the tour. “We did the virtual induction into the Rock & Roll Hall of Fame, that was pretty much it. Then it was a year of every day’s Thursday and nothing ever changes. It was pretty much a lost year.”

They’re trying to make up for it with the tour that finally launched Sunday in Des Moines, Iowa, continues Tuesday in Milwaukee, and runs through late October, with previously scrapped dates rebooked for the summer of 2022.

The tour, which comes as a new album drops in October, includes two founders, Johnston and the group’s most constant member, Patrick Simmons, who began playing for mostly bikers in dive bars and rugged roadhouses near their hometown of San Jose, California, in 1970. 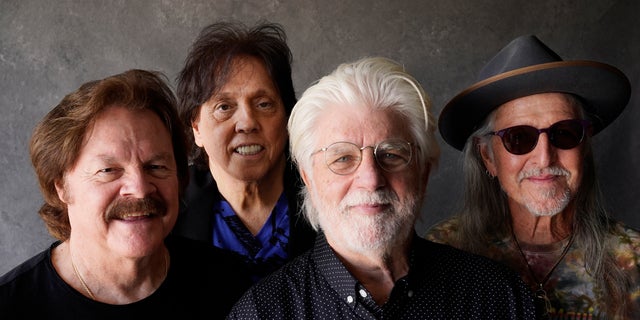 They were forced to sit out the 50th anniversary of those first shows, but plenty more landmarks remain. Their self-titled debut album was released 50 years ago this year. Their breakthrough, “Toulouse Street,” with the hits “Listen to the Music” and “Jesus Is Just Alright,” will have its 50th in 2022.

The tour comes as many other big-venue acts, including Garth Brooks, BTS, Nine Inch Nails and Stevie Nicks have either canceled dates or entire tours as the delta variant of the coronavirus threatens the resumption of public entertainment around the country.

“It’s a crapshoot, really, whether we’ll make it to the end of this or not, but I hope we do,” McDonald said. “The main thing I think is if we start to see that anything that we’re doing has a potential of being a super-spreader. I don’t think any of us are worried so much about getting sick ourselves. We’re all vaccinated. But if we test positive, that means all the people in our workplace are being exposed.”

McDonald, 69, is the group’s most famous name and face, but he’s happy to humbly assume a supporting role. Johnston’s guitar-based era of the Doobie Brothers, with songs like “Black Water” and “Long Train Runnin’,” define the band for him. His more keyboard-centric version, with hits including “What a Fool Believes” and “Takin’ It to the Streets,” is the variant.

“Those are the guys whose music people will always think of as the Doobie Brothers,” McDonald said. “I think most people kind of consider me a phase of Brothers.” 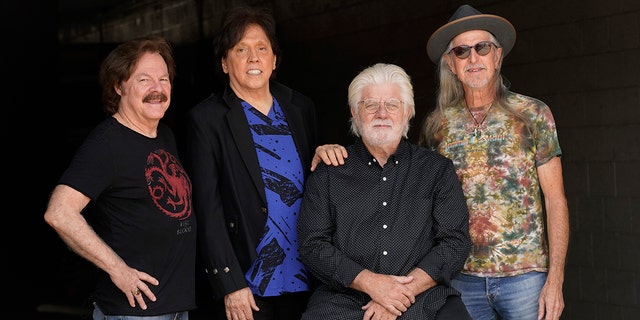 Members of the Doobie Brothers, from left, Tom Johnston, John McFee, Michael McDonald and Pat Simmons pose for a portrait at Show Biz Studios in Los Angeles on Tuesday, Aug. 17, 2021. The band has a tour and album out this fall.
(AP Photo/Chris Pizzello)

Embracing his supplemental role, McDonald will play mandolin and accordion at these concerts along with his usual keyboards. And while the hits he wrote will certainly be in the set list, he’s more than happy to sing backup on songs penned by Johnston and Simmons.

“I’ve always found it easier to sing other people’s music than my own,” McDonald said. “For some reason the songs I’ve written aren’t really that singer-friendly.”

Live, McDonald says, even the mellower songs seem to rock more, and even with its senior members they manage to “keep the energy up.”

Age is not without its challenges after 50 years though. Not with a deep catalog of not-always-easy-to-play songs.

“Just remembering everything keeps it interesting for yourself,” the 73-year-old Johnston says with a laugh. “It’s not boring.”

The band includes guitarist-since-1979 John McFee, making for a lineup not seen in 25 years. They rehearsed for a week before McDonald joined them for another week of getting reacquainted with old songs. And despite dozens of shifting members through the decades, they remain, Johnston says, a “tight-knit little family.”

“I have to say, everybody is really putting in all effort,” he said. “I’m proud to be part of it.

The vibe in the rehearsal studio and on the road is neither fraught with rivalry nor overly professional.

“It’s really more like just old friends,” McDonald said. “It’s been that way for quite a while.”

And they’ll deal with it if they have to cancel. Rolling with it has been their specialty from the start.

“Nothing is planned. It just happens,” Johnston said. “It’s always been that way. And it’ll always be that way. I like that.”