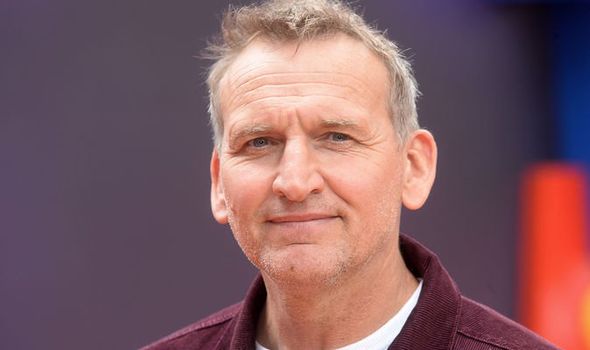 The former Doctor Who actor, who starred in the first series of the show’s revival in 2005, described how he “thought he would die” after having a breakdown.

The 57-year-old actor spoke out about reaching his lowest point and said he ”nearly lost everything” after being admitted to hospital with severe clinical depression.

Christopher is an ambassador for the Big Issue publication and said: “”I think the received idea about people who sell The Big Issue is that they’ve never had a ‘successful life.”

He added, “But I discovered that when I had a severe clinical depression and I was hospitalised… I nearly lost everything.”

Christopher recalls: “There was one night I thought I was going to die. I was running down Euston Road with a suitcase.

“Now, if anybody had seen me they’d have gone, ‘Oh, there’s Doctor Who’.

Christopher adds: “My point is, I don’t think people understand how quickly it can happen.

“Particularly in times of economic recession.”

Whilst filming for the first series of The A Word on BBC TV, which aired in 2016, Christopher recalls that he “broke down” and experienced a mental health episode during this time.

He said: “I was playing a character called Maurice, who was comic and bluff.

“I was spending 10 hours a day being him, then I would go back to my hotel room and I wouldn’t sleep.” He continued: “I found out afterwards that I’d been in fight or flight mode for a couple of years and that, as I could no longer fight or fly, my brain chemistry was telling me I was about to die.

“I wasn’t necessarily going to take my own life. I don’t know whether it would be called psychosis, I was just convinced that I was about to die all night.

“But when 7am came, I would go to work and there would be Maurice’s costume.

During the conversation with Clive, the pair agreed to work together in the future.

Clive has written a short play that will be performed at Plymouth’s Theatre Royal alongside the hit show NHS The Musical.