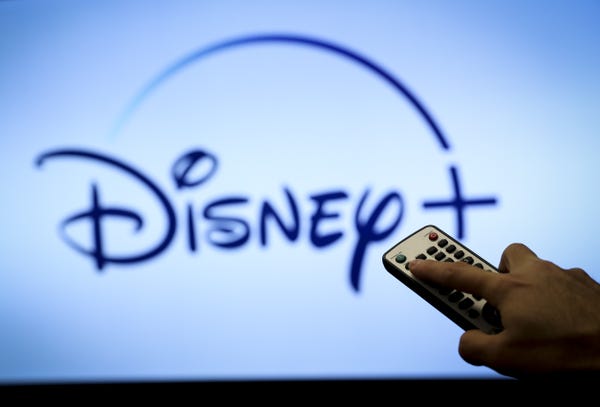 All the major Hollywood film studios tend to follow, for the most part, a very rigid set of rules on how to release their big-budget blockbusters to the public: put the film in as many movie theaters as possible before making it available for home viewing.

It's one of the only ways to "justify" their big budgets, Patrick Corcoran, Vice President of the National Associate of Theatre Owners, told Insider.

But the COVID-19 pandemic has muddied old practices. Patrick told Insider that at the moment, movie theaters across the US are running at "10-15% of what revenue should be nationwide" because even though many states have reopened their movie theaters, key markets such as New York City and Los Angeles have remain closed.

This has forced film studios into a period of experimentation. Over the summer, Warner Bros. opened Christopher Nolan's "Tenet" in international movie theaters before tentatively placing the film in select US locations a month later. Smaller titles made their way, with varying success, to our homes via premium video-on-demand.

In May, Universal Studios made the first significant streaming move with "Trolls World Tour." The film was released as a premium on-demand purchase at $19.99. It was later revealed that the film earned over $100 million in its first three weeks in the US. By comparison, in 2016, the first "Trolls" film took home $120 million during its entire five-month theatrical run.

Other titles such as "Miss Juneteenth," "Bill & Ted Face the Music," and "King of Staten Island" quietly debuted on streamers while studios kicked the majority of their other big titles into 2021 hoping for a time when audiences, through a vaccine or otherwise, are able to visit movie theaters at a familiar pace.

The pandemic has become an exciting testing ground for the varying ways in which a film can be released; and each experiment, theatrical or streaming, has provided a sharp reflection of the differing priorities and values of the various filmmakers and studio executives.

So what has been revealed about The Walt Disney Company's values and priorities? It seems that the Hollywood giant is prepping a substantial shift to streaming, a move that wouldn't only change the landscape in Tinsel Town, but could also potentially kill movie theaters forever.

Disney doesn't seem to be interested in limited theatrical runs for their movies.

Earlier this year, the Hollywood giant shocked distributors by pulling their hotly anticipated live-action remake of "Mulan" from theaters and instead releasing it on Disney Plus, becoming the first studio to release a big tentpole via streaming.

The surprise move stunned theater owners who had been banking on the film to act as a popular chaser to Nolan's "Tenet," helping to keep box office takings ticking over as theater chains struggled to recover from the pandemic.

Movie theaters were largely cut out of the equation as "Mulan" was only given a theatrical release in countries where Disney Plus had yet to launch — one being China — while audiences elsewhere, who are subscribed to the streaming service, were charged an extra $29.99 for the privilege of watching at home.

At the time, Bob Chapek, the company's chief executive, downplayed the move telling investors it was a "one-off" and not a permanent strategic shift for the company. "We find it very interesting to be able to take a new offering to consumers at that $29.99 price and learn from it and see what happens," he said then.

But sending the film straight to Disney Plus wasn't new for the mega-company. Back in July, Disney premiered their film adaptation of the hugely popular musical "Hamilton" on Disney Plus more than a year before it was expected in movie theaters. According to analytics firm Apptopia, "Hamilton" prompted a huge 75% spike in Disney Plus downloads over its launch weekend.

Later this year, Disney will do the same with the highly anticipated Pixar animation "Soul," which stars Jamie Foxx as a middle school band teacher and aspiring jazz musician. The film had originally been slated for a November 20 release, but it will now be available for streaming on December 25.

The shift away from theatrical releases in favor of streaming had begun long before the pandemic. Movie theaters have increasingly fought off streaming services as smaller dramas and comedies as well as ambitious projects that failed to find studio backing, such as Spike Lee's "Da 5 Bloods," rerouted to streamers.

The number of subscriptions to online streaming services rose by 30% in 2019, and as everyone has been sequestered at home due to the pandemic, the accelerator button has been hit. It was announced earlier this year that Netflix added a whopping 15.8 million subscribers in the first quarter of the year, more than double of what was expected. The streaming site now has over 180 million paying subscribers worldwide.

In August, it was announced that in the eight months since launching, Disney Plus had signed up over 60 million paying subscribers, a huge figure that the company had predicted to reach by 2024. Adding in Hulu and ESPN Plus, Disney's streaming portfolio is now well over 100 million subscribers.

And with exclusive digital releases, Disney is able to take home 100% of the revenue instead of having to split the box office with movie theaters, which, of course, offers a hugely lucrative roadmap into streaming. For instance, if half of the 60 million households that subscribe to Disney Plus had paid the $29.99 to watch "Mulan," the film would have grossed over $900 million — all of which Disney could keep as profit.

Disney has yet to release any viewership numbers for the live-action remake, but earlier this month Bloomberg reported third-party tracking data showed a 68% rise in downloads of the Disney Plus app across the weekend in which "Mulan" premiered.

The financial pool for Disney is huge.

But without Disney's huge box-office power, movie theaters will suffer, and we could lose the theatrical experience forever.

This level of dominance at the modern box office is simply unprecedented, and if we look at some of these titles, "Avengers: End Game," "The Lion King," "Frozen 2," we can see a clear pattern.

Everything is an established property belonging to a popular franchise. There is almost no box-office risk with these films. They are market-researched, audience-tested, and shaped to hit all the key commercial targets that can entice as many people to the theater as possible thanks to nostalgia, superheroes, and major Hollywood stars.

Because of this, if Disney decided to pull back from movie theaters, it would create a huge box-office vacuum that no other film studio at present would be able to fill.

'Any move by the company not to release films into cinemas is undoubtedly a concern and something we would always seek to influence.'

"There is no doubt that Walt Disney remains a hugely important partner to cinema operators both in the UK and elsewhere," Phil Clapp, CEO of the UK Cinema Association, told Insider. "Any move by the company not to release films into cinemas is undoubtedly a concern and something we would always seek to influence."

Disney's dominance can be felt hugely by families, who make up a sizeable chunk of potential spin-off merchandising revenue as well as a huge chunk of a theater's essential concessions-buying crowd.

So, Disney plays a pivotal role in the grand financial matrix that keeps movie theaters rolling, starting with a steady income of big blockbuster films that will put people in seats; but more importantly ends with popcorn, drinks, and other confectioneries in hand.

And of course, in return, Disney rakes in the profits ($10 billion in 2019, according to Forbes) as well as accolades since the global company, which owns TV networks, amusement parks, and movie studios, has won at least one Oscar every year since 1999.

'Filmmakers want their movies on the big screen.'

But the important point that has become increasingly irrelevant in the streaming versus movie theaters discussion is that the material conditions of the movie theater are integral to the art form that we call cinema, movies, films.

Everything from the movie theater's power to harness the audience's attention by relinquishing the ability to change the channel, or fast-forward scenes, the drive to the theatre, the slightly uncomfortable seats, and weighing up whether you can sneak out to the bathroom during the movie are all part of the conditions to which movies owe their historical success.

"Filmmakers want their movies on the big screen. They make it for both that scale, but they also make it for collective audiences, for people to experience together," Patrick said.

Nolan, for example, stuck it out in movie theaters for the release of "Tenet." And although it has been rumored that due to technical specifications the film was unable to be resized down for home screening at the time of its release, in an article written for the Washington Post, Nolan emphasized that as a filmmaker, his "work can never be complete" without the communal experience of a movie theater.

So, it's important that in their rush to tap into potentially huge streaming profits — to experiment with the many ways in which they can release films to the public — Disney takes a careful look at their actions to make sure that they aren't inflicting more harm than good.

Because as a company it is simply too big and too important for movie theaters to replace.