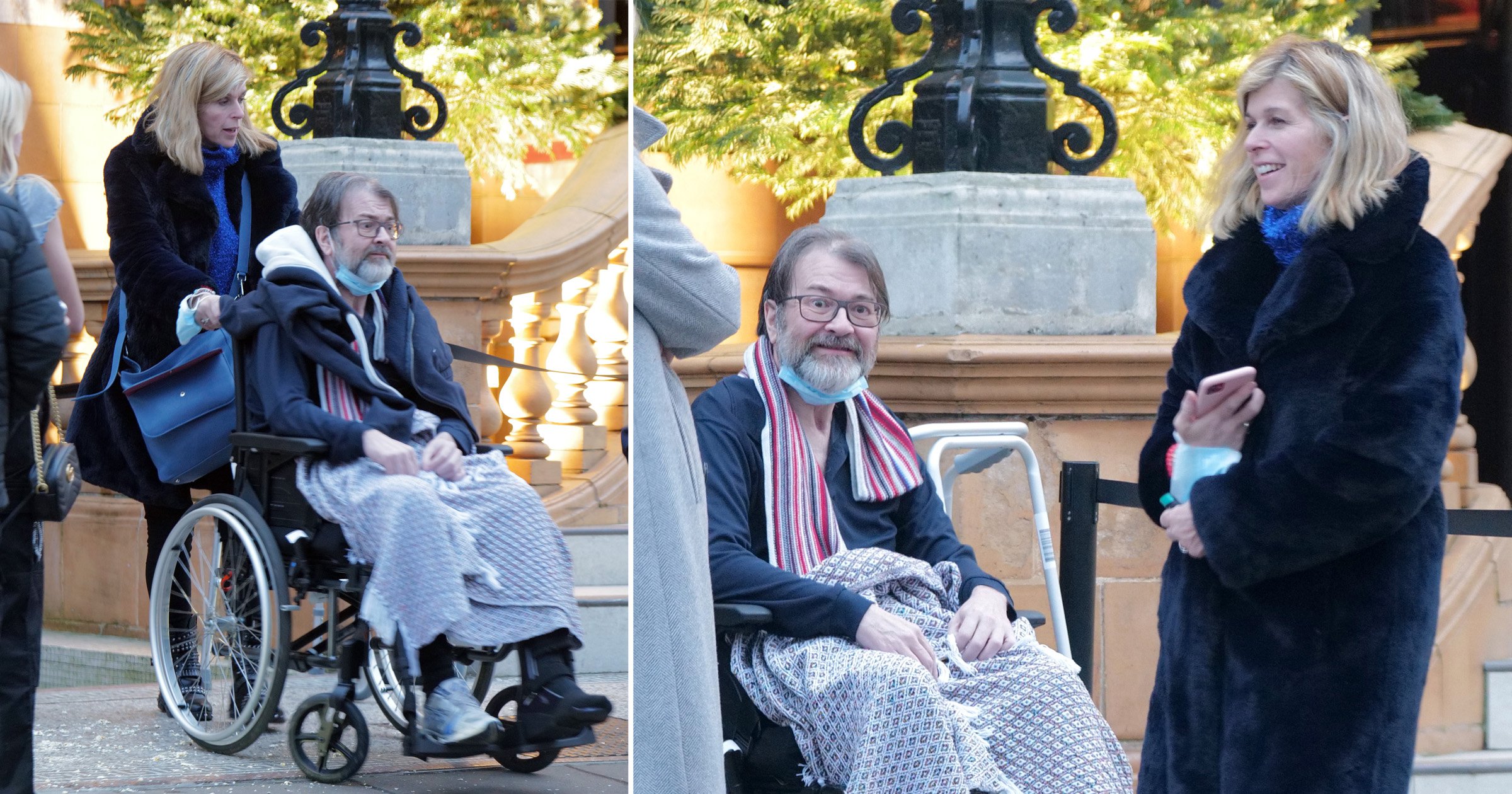 Kate Garraway’s husband Derek Draper has been spotted smiling on a rare family outing after his battle with coronavirus.

Derek, 54, was one of the worst-affected patients to have survived Covid-19 after falling ill at the start of the pandemic in March 2020.

The former lobbyist was seen smiling as he, Kate, 54, and their children Darcey, 15, and William, 12, went to watch a pantomime together over Christmas.

Derek was seen sitting up in a wheelchair with a blanket over his knees to keep out the chill, as well as a surgical mask around his chin while outside, in his first public outing since leaving hospital.

The couple appeared to be in great spirits as Kate chatted to friends after watching Cinderella at Richmond Theatre in West London.

Derek had been in hospital for a year after catching Covid, spending many months in an induced coma to help his body fight the effects of the virus, but was eventually allowed to return home with round-the-clock care.

The family home had been specially adapted to make it wheelchair accessible as well as having a hospital bed installed downstairs for Derek to sleep in.

While Derek defied the odds to survive, Kate recently revealed on Good Morning Britain that he is still left with a host of ongoing issues.

She explained: ‘Obviously, he still has extraordinary problems with communication, mobility is very limited, massive problems with fatigue.

‘He doesn’t go unconscious at all, that’s the wrong word, but sometimes it’s like he’s not present with you.’

Kate added: ‘Last Christmas Eve, we did have a lot of promise and a lot of hope. But Derek was in hospital.

‘We had no idea whether he was going to live or die, praying that it was going in the right direction. A huge amount of gratitude for all the staff, the NHS teams that have kept him alive, and grateful that he was still alive as many other people have lost their life.

;And this year, of course, he’s home so we are spending Christmas together, and that is the biggest gift.

‘It’s kind of hard to get your head around really. But we have still got fears. Still got a long, long way to go. And still hugely grateful for everyone that kept him alive and saved his life thus far.’

Kate revealed on Instagram that they’d had a wonderful time despite a health scare that almost meant Derek had to be taken back to hospital.

She told her followers: ‘So the last 24 hours has been bumpy – a scare that meant Derek might have had to go back into hospital ( thankfully sorted by a visit from nurse/carer) , he has also had one of his ultra fatigue days so has been too weak to do much other than sleep.

‘I burnt the parsnips ( Darceys favourite ) & got the “wrong” Lego for Billy. But now snuggled up around Dad’s bed watching #nativity everything feels suddenly perfect.

‘Feel so grateful to have the chance to be together. Sending love & hoping you have found some joy today whatever your circumstances – #merrychristmas all!’