Piers Morgan poked fun at BBC Breakfast host Dan Walker on Good Morning Britain, after the latter interviewed Prime Minister Boris Johnson for the programme. The outspoken journalist accused him of not asking probing questions to the head of the Conservative party.

You may think you’re being clever Downing Street, but the public see right through this nonsense

The 54-year-old went on to say Downing Street were cowardly and were choosing the “easy” option when it comes to a TV interview.

His rant was sparked after BBC News correspondent Ben Thompson posted about the interview with Johnson in view of his 37,000 followers.

Morgan ranted live on the ITV show: “Some little pompous guy, Ben Thompson from the BBC – one of those guys who thinks he’s a big deal but no-one’s ever heard of him – ‘quite the contrast’, he’s just tweeted.

“’The Prime Minister is live on BBC Breakfast right now,’ but his screen, his television, has our drag queen from SAS.” 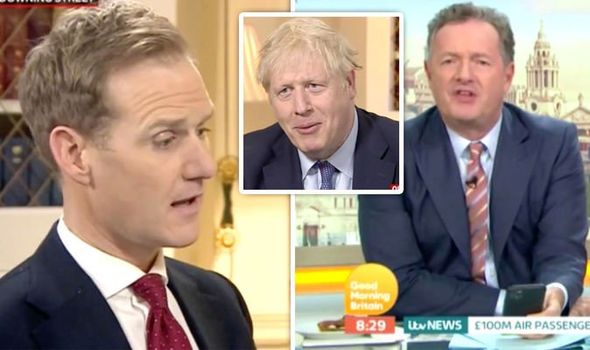 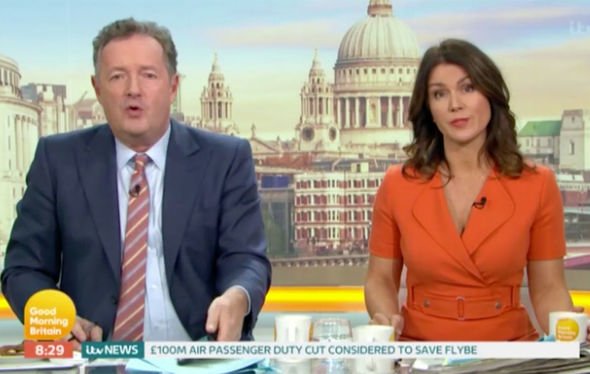 “So we know what you’re really watching in the green room, Ben Thompson,” his co-host Susanna Reid interjected.

Morgan went on: “My question Ben is, how do you know we have the drag queen if you’re not watching us? I don’t get it.”

“Well he’s got two TVs,” Reid, 49, pointed out bluntly, but this did not deter her colleague.

He stated: “Why aren’t you watching the BBC? Oh I know why you’re not, it’s another soft paddle interview that Downing Street has served up to BBC Breakfast, because they know they’re going to get an easy ride. 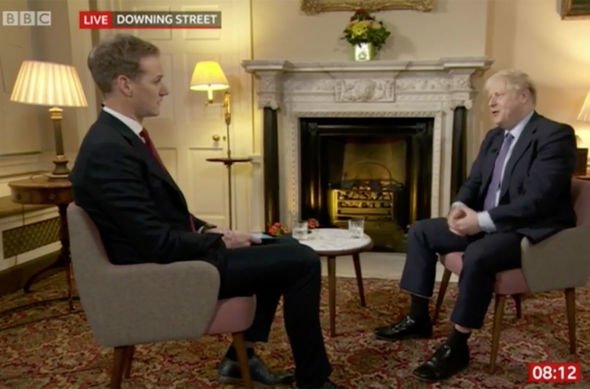 Morgan went on: “The Prime Minister would rather run to a fridge than be interviewed by us, but he keeps queuing up to see Dan Walker. Why do you think that is?”

“Because Dan Walker is a lovely bloke,” Reid told him, but it fell on deaf ears.

He added sarcastically: “Lovely bloke… he’s going to ask him difficult questions like, ‘What do you think of the weather Prime Minister?’”

He said of the chat with drag queen Cybil War, ahead of SAS: Who Dares Wins: “This was a fabulous interview.”

Morgan even shared a post by actor and author Ian Clayton, again hitting out at Walker.

It read: “I’m a fan of Dan Walker but such a shame he’s allowed himself to be made a scapegoat for Boris Johnson’s first ‘in depth’ as PM.

“This is Downing Street saying who they will talk to and the BBC rolling over and saying yes. Was Basil Brush not available?”

Walker also took Twitter after it aired but focused on sharing video of the Downing Street cat.

Good Morning Britain airs weekdays at 6am on ITV.