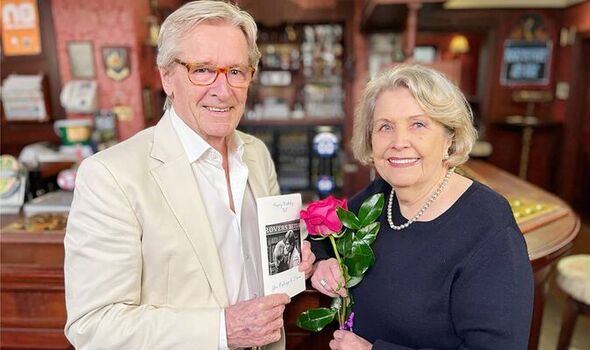 Bill Roache will at last be reunited with former screen wife Anne Reid, 50 years since Valerie was electrocuted by a faulty hairdryer.

Bill Roache said: “When Valerie died, she was due to meet Ken at the Rovers, so when she walked through the doors it was a lovely moment.

Reid and Roache shared a huge hug at the Rovers Return set.

“We both just started laughing. It was beautiful to see her again – to me she looks no different.”

Anne admitted having a crush on Bill during their Coronation Street days.

“So it was nice that we finally got that chance”, Bill said.

On why she left the show Anne said: “I knew I was good at comedy and there was no way Valerie Barlow was ever going to be funny.”

After Coronation Street, Anne played Jean in the sitcom Dinnerladies and Celia Dawson in Last Tango In Halifax and had roles in Doctor Who, Peak Practice and the film Hot Fuzz.

Reid won the London Film Critics Circle Award for British Actress of the Year and was nominated for the BAFTA Award for Best Actress in a Leading Role for her performance in drama film The Mother.