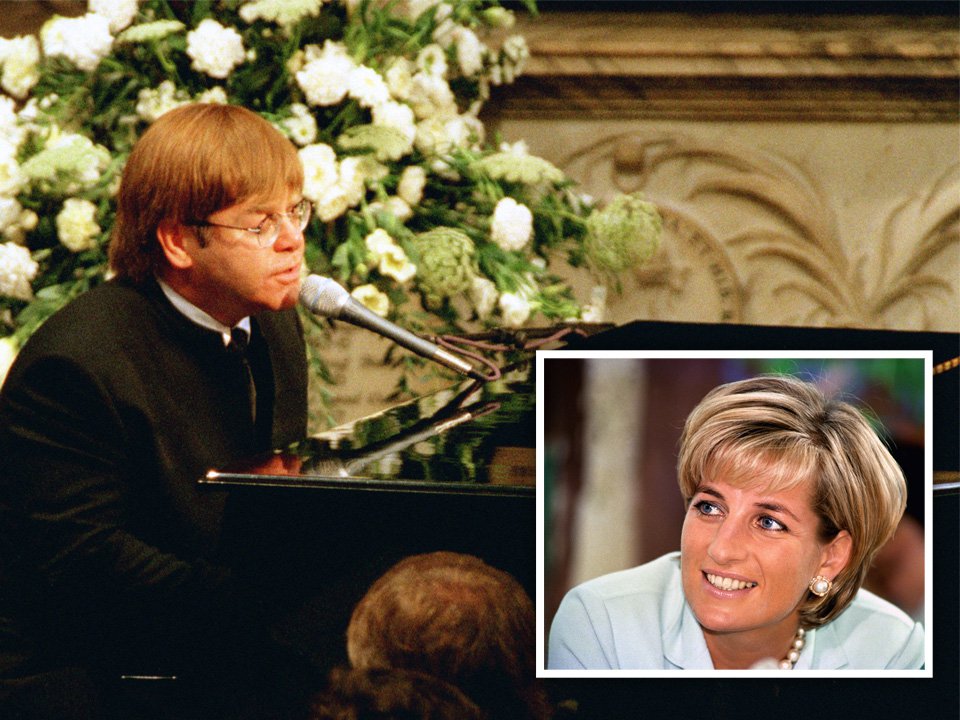 Buckingham Palace did not want Sir Elton John to sing Candle In The Wind at Princess Diana’s funeral, according to newly-released government files.

The much-loved rendition of Sir Elton’s classic song – a defining moment of the funeral that brought Britain to a standstill – almost didn’t happen, due to pushback from Buckingham Palace.

Papers released by the National Archives suggest there was resistance to the plan amid concerns that the rewritten lyrics by Sir Elton were ‘too sentimental’.

Westminster Abbey had even arranged for a young saxophonist to be put on standby to deliver a solo instrumental version of the song, although this was considered to be a ‘very second best shot’.

Dean of Westminster, the Very Rev Dr Wesley Carr, personally appealed to the palace to allow Sir Elton to perform the emotional song in tribute to the Princess of Wales.

He successfully argued that allowing Sir Elton to appear would be an ‘imaginative and generous’ gesture to the public who had famously turned against the royal family in the days following the princess’s death due to the perceived indifference of the family to her death.

Candle In The Wind, originally written in memory of Marilyn Monroe, was widely taken up by the public as a symbol of memorial to the princess, who had famously been a friend of Sir Elton.

A note sent to a senior member of the royal household by the dean, who was involved in negotiations over the service between the Palace and Diana’s family, said the song had captured the public mood.

‘This is a crucial point in the service and we would urge boldness. It is where the unexpected happens and something of the modern world that the princess represented,’ he wrote.

‘I respectfully suggest that anything classical or choral (even a popular classic such as something by Lloyd Webber) is inappropriate.

‘Better would be the enclosed song by Elton John (known to millions and his music was enjoyed by the princess), which would be powerful.

‘He has written new words to the tune which is being widely played and sung throughout the nation in memorial to Diana. It is all the time on the radio.

The note continued: ‘Its use here would be imaginative and generous to the millions who are feeling personally bereaved: it is popular culture at its best.

‘If it were thought the words too sentimental (although that is by no means a bad thing given the national mood), they need not be printed – only sung.

‘I would be prepared to discuss the significance of this suggestion over the phone with anyone.’

No 10 was copied in the note, and it is included in Downing Street files released by the National Archives, although there is no record of the reply.

The newly-released papers also show that the Abbey originally and wrongly believed Sir Elton intended to sing his other hit, Your Song, which was wrongly listed as Our Song on the first draft order of service.

In the notes, it is described as ‘a different style of music, popular and associated with the princess’.

Diana and her lover, Dodi Fayed, son of Harrods owner Mohamed Al-Fayed, died in a car crash in Paris on August 31 1997, prompting a huge outpouring of public grief.

The princess’s divorce from the Prince of Wales had been finalised the previous year and there was widespread public anger at the perceived indifference of the royals, including Queen Elizabeth, to her death.

Sir Elton’s reworked version of Candle In The Wind went on to sell 33 million copies, raising £37 million for her foundation.

However, he later admitted that he would never play the song – even the original version – in front of princes William and Harry as it is ‘too close to home’.