Tom Cruise and Nicole Kidman’s daughter Bella made a rare public appearance at Courtney Love’s art exhibit! Her work is featured in the exhibition.

Isabella Cruise made a rare public appearance at singer Courtney Love’s art exhibit in London. The daughter of Tom Cruise and ex-wife Nicole Kidman (who now goes by Bella Kidman Cruise), 28, attended a private showing of the exhibit at Parliament Tattoo on September 30. She wore a floral dress and stylish baker boy hat and posed for photos at the showing, as seen in photos HERE. 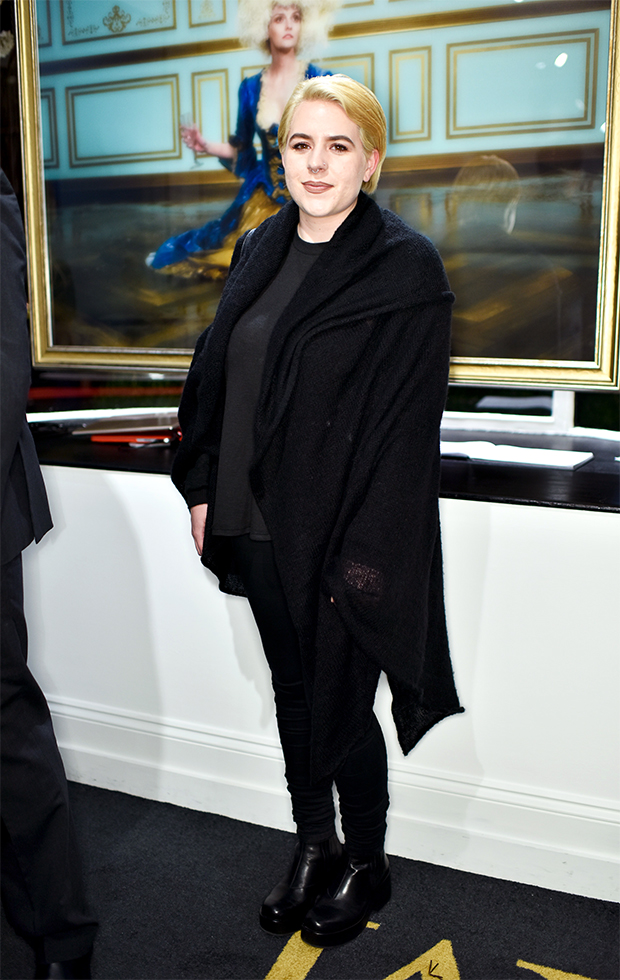 The exhibit celebrates the 30th anniversary of Pretty on the Inside, the 1991 debut studio album of Courtney’s rock band Hole. All of the pieces donated to the art exhibit will be auctioned Treasures Foundation, an organization that empowers women in the sex industry and survivors of sex trafficking, and Clean Break Women’s Charities, an organization that uses theater to help incarcerated women.

Bella, an artist, contributes pieces to the exhibit, which opens to the public on October 2 and 3 at Parliament Tattoo. At the private showing, Courtney was also in attendance, serving as host of the evening. On Instagram on September 17, Bella shared a promo clip of the exhibit and expressed her excitement to be part of it.

“Is this real life? *pinches self*” the artist captioned. “I am beyond excited to be taking part in this exhibition with the incredible @courtneylove and @parliamenttattoo, to celebrate 30 years of Hole’s Pretty on the Inside. All for charity. What a dream. There are so many incredible artists contributing to this. You really won’t want to miss out.”

Bella’s Instagram page is mostly filled with her vibrant artwork. Her prints are also available to shop on her official website, where she also sells totes, pins, and clothes that feature her impressive work. Her official bio states that she has been drawing since “her wee hands could pick up a pen.”

Along with Bella, Tom and Nicole share son Connor, 26, together. The Hollywood stars were married between 1990 and 2001. Following the split, Tom went on to marry Katie Holmes in 2006, but the two separated in 2012. The duo welcomed daughter Suri, 15, in 2006, making the actor a dad of three. Nicole has since re-wed, marrying country star Keith Urban in 2006. They share kids Sunday, 13, and Faith, 10, together.