Bad Bunny brought the Latin GRAMMY Awards to Puerto Rico! The reggaetonero performed a couple songs from his homeland at the awards ceremony on Thursday, starting with his track with Yaviah, “Bichiyal.”

That performance looked like a scene out of Fast & Furious, but the 26-year-old artist completely switched it up for his next song. Bad Bunny — who won Best Urban Music Album for his record, X 100pre, last year — then transitioned into “Si Veo a Tu Mama,” which he performed on a colorful stage. 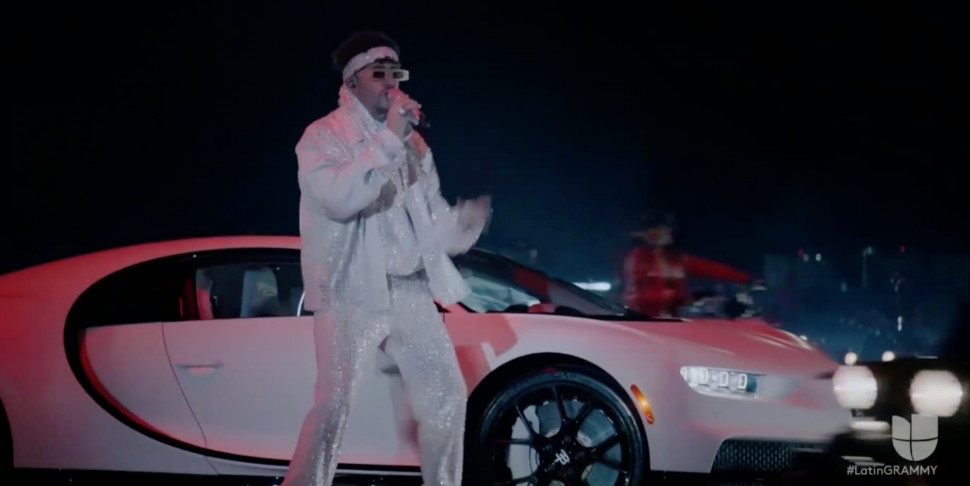 Bad Bunny is one of the most nominated artists at this year’s ceremony, with nine nods, including Record of the Year, for “Vete” and Album of the Year for YHLQMDLG as well as his collab with J Balvin, Oasis. Only Balvin has more nominations this year, with 13, while Ozuna earned eight. Keep checking back to see if he and your other favorite nominees will become 2020 Latin GRAMMY Award winners.

This year’s Latin GRAMMY Awards is anchored in Miami, Florida, but includes performances from multiple cities around the world. The show, hosted by Carlos Rivera, Ana Brenda and Yalitza Aparicio, follows the theme “Music Makes Us Human.”

Due to the challenges imposed by the COVID-19 pandemic, this year’s Latin GRAMMY Awards does not have a live audience. The Latin Recording Academy, Univision and its production teams said they’d be adhering to strictest safety guidelines and protocols.