Angelina Jolie is sticking to the basics—wardrobe basics, that is.

The Oscar-winning actress was photographed out and about in Los Angeles with her 16-year-old daughter, Zahara Jolie-Pitt, on Tuesday sporting a monochrome look that included a black knit sweater, matching skinny jeans, edgy leather ankle boots, and a coordinating structured tote bag. Jolie styled her brunette tresses in a casual, sleek ‘do and wore a protective face mask for the shopping date. 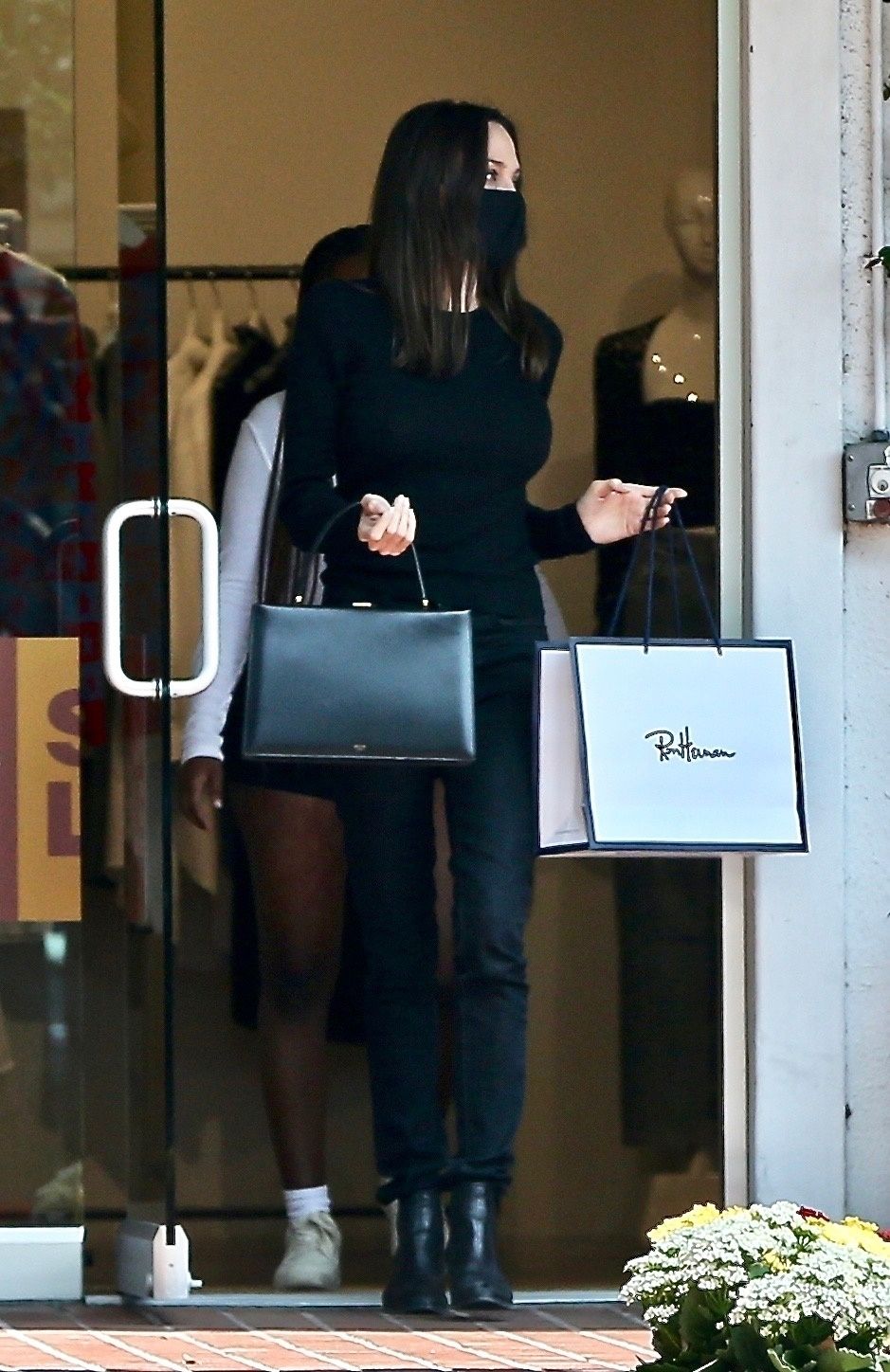 The actress has kept a lower profile in recent years and has been more selective with her career moves following her 2016 split from her ex-husband and the father of her six children, Brad Pitt. Earlier this year, the actress opened up to Entertainment Weekly while promoting her film Those Who Wish Me Dead about how her ongoing divorce battle with Pitt has altered how she balances her professional life with her role of being a mother.

“I love directing, but I had a change in my family situation that’s not made it possible for me to direct for a few years,” Jolie told the outlet. “I needed to just do shorter jobs and be home more, so I kind of went back to doing a few acting jobs. That’s really the truth of it.”

Jolie has directed films including 2004’s Unbroken and 2017’s First They Killed My Father, and she’s set to return to the silver screen again later this year, starring in Marvel’s highly anticipated ensemble film Eternals.