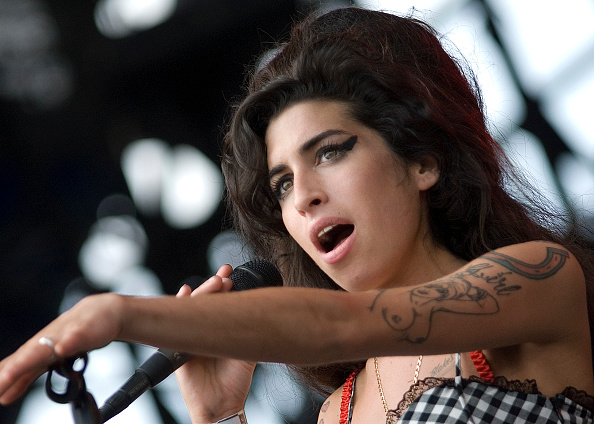 Amy Winehouse’s mother Janis has reflected on her daughter’s death, comparing it to that of former Love Island host Caroline Flack.

This month marks a decade since the Valerie hitmaker died on July 23, 2011, aged 27, due to alcohol poisoning.

Recalling the support and interventions Winehouse had received over the years, Janis disputed speculation around her death and said the only ‘villain’ was addiction.

She told OK! Magazine: ‘Amy had so much support and so many interventions; there were so many people supervising her. But she chose her own path. We have suffered from the trolls and the damaging speculation – accusations that Mitch just wants to make money off of his daughter, that we killed her, that we could have done more. It’s completely wrong.’

Janis went on to compare Winehouse’s death to Flack, who took her own life on February 15 2020 aged 40.

She said: ‘The same thing happened after Caroline Flack died – everyone was looking for someone to blame.

‘But addiction is a mental illness and that is the true villain in this story. I’ve studied addiction and I understand that now. When Amy died everyone who knew her, or felt like they knew her, wanted somewhere to put their grief and anger. [Winehouse’s dad] Mitch took the brunt of it and it’s unfair.’

Winehouse’s mother said it was ‘time to correct the balance’ and dismiss the misconceptions about the legendary singer.

‘Amy was a vulnerable person but she wasn’t weak. She got herself off the drugs, she was savvy and she made her own decisions,’ Janis said, adding: ‘I want Amy to be remembered as the sweet and talented girl she was. Even when she came home looking like Endora from Bewitched with the big hair and the eye flicks, she was still my Amy. She was always my Amy and she always will be.’

Janis has never spoken in depth before about her daughter’s death and wants to reclaim the legacy of her daughter, also appearing in upcoming documentary, Reclaiming Amy.

The documentary, which will air on BBC next week, sees the star’s closest family and friends, who were with her throughout her life until the very end, reveal the truth about the music icon and the impact that her loss has had on them.

It celebrates Winehouse as the complex, strong and incredible woman she was, and tells a version of events that often differs from the story of the singer that has so-far been told.

Frank offers confidential advice about drugs and addiction (email [email protected], message 82111 or call 0300 123 6600) or the NHS has information about getting help.

Adfam has local groups for families affected by drugs and alcohol and DrugFam offers phone and email support to people affected by other people’s drug or alcohol misuse.