Amanda Holden looked stunning as she stepped out in a little black dress following the Britain’s Got Talent live final on Sunday night. 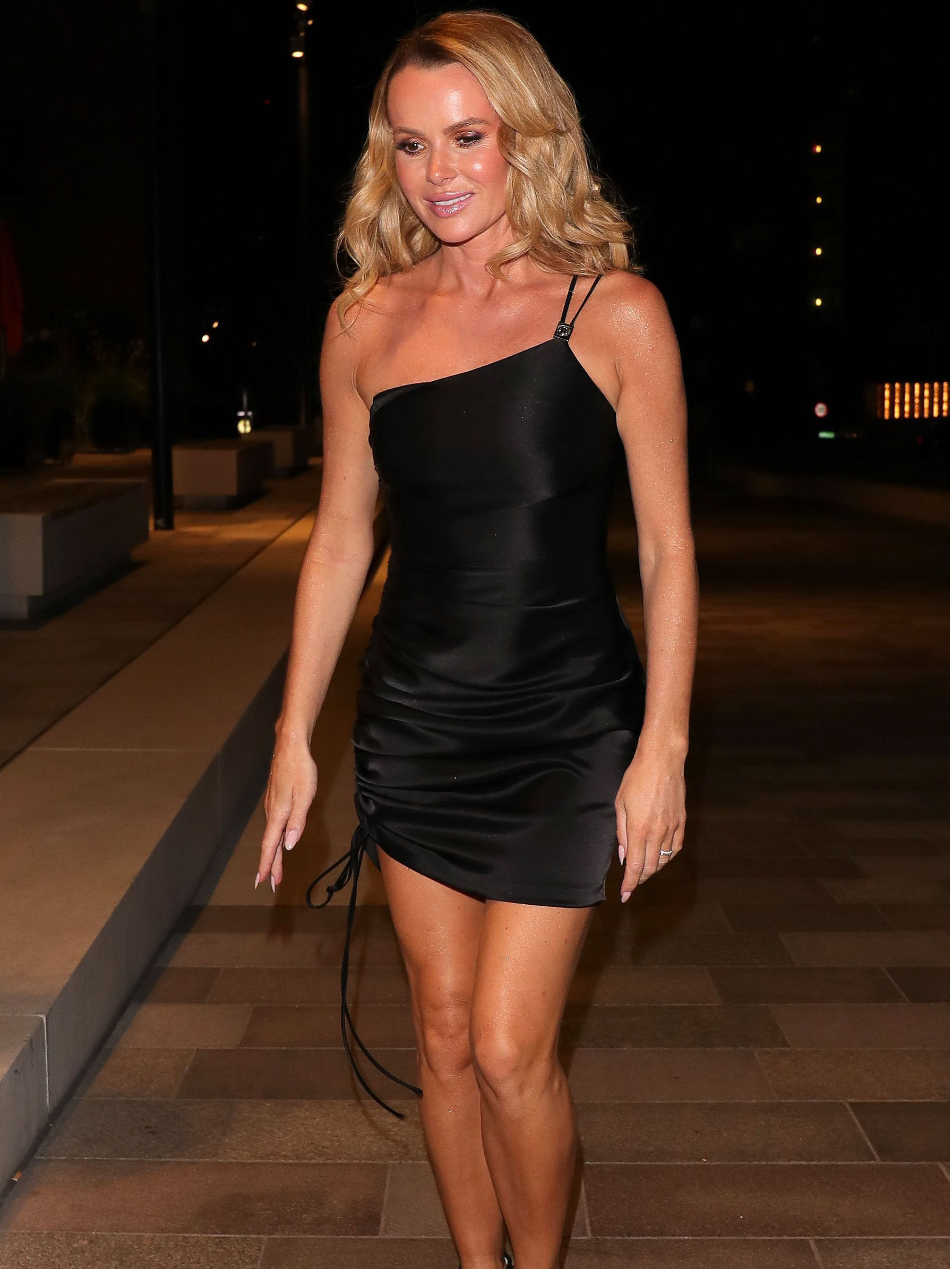 The talent show judge, 48, looked a picture of perfection in the flattering figure-hugging mini dress that featured a single shoulder strap and ruched detailing on the opposite side.

Amanda was showing off her tanned and toned legs in the sexy ensemble as she strutted into the wrap party with her co-judges and also Cheryl Tweedy, who made a surprise appearance at the show as she watched from the audience.

Earlier in the night, Amanda looked equally stunning in another show-stopping gown that featured a bold, sheer low-cut neckline. 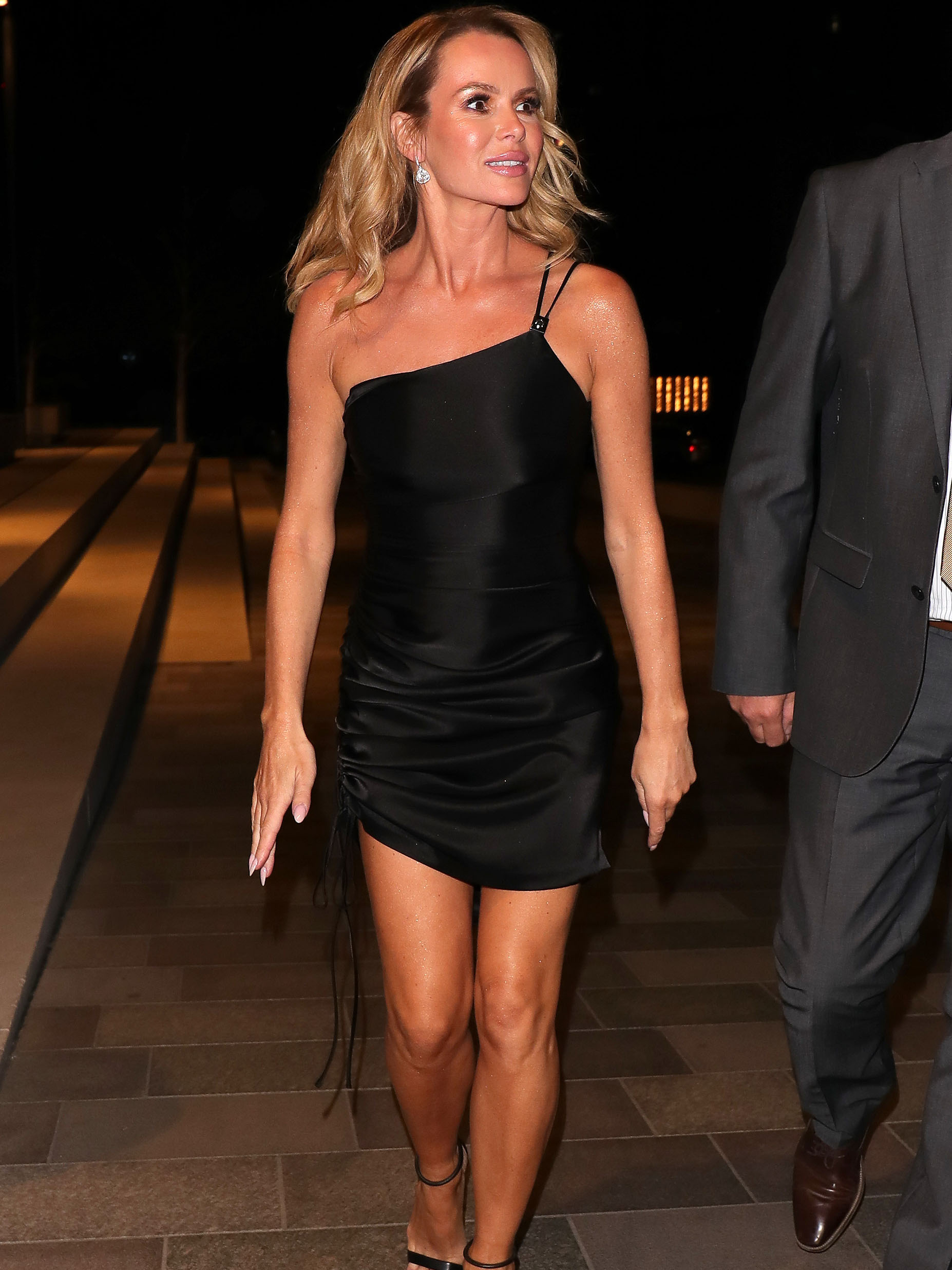 Her latest looks come as she laughed off the criticism she’s faced surrounding her cleavage-baring sartorial choices.

‘I love it that people are still talking about my tired old breasts and I’m nearly 50!’ she told You magazine. 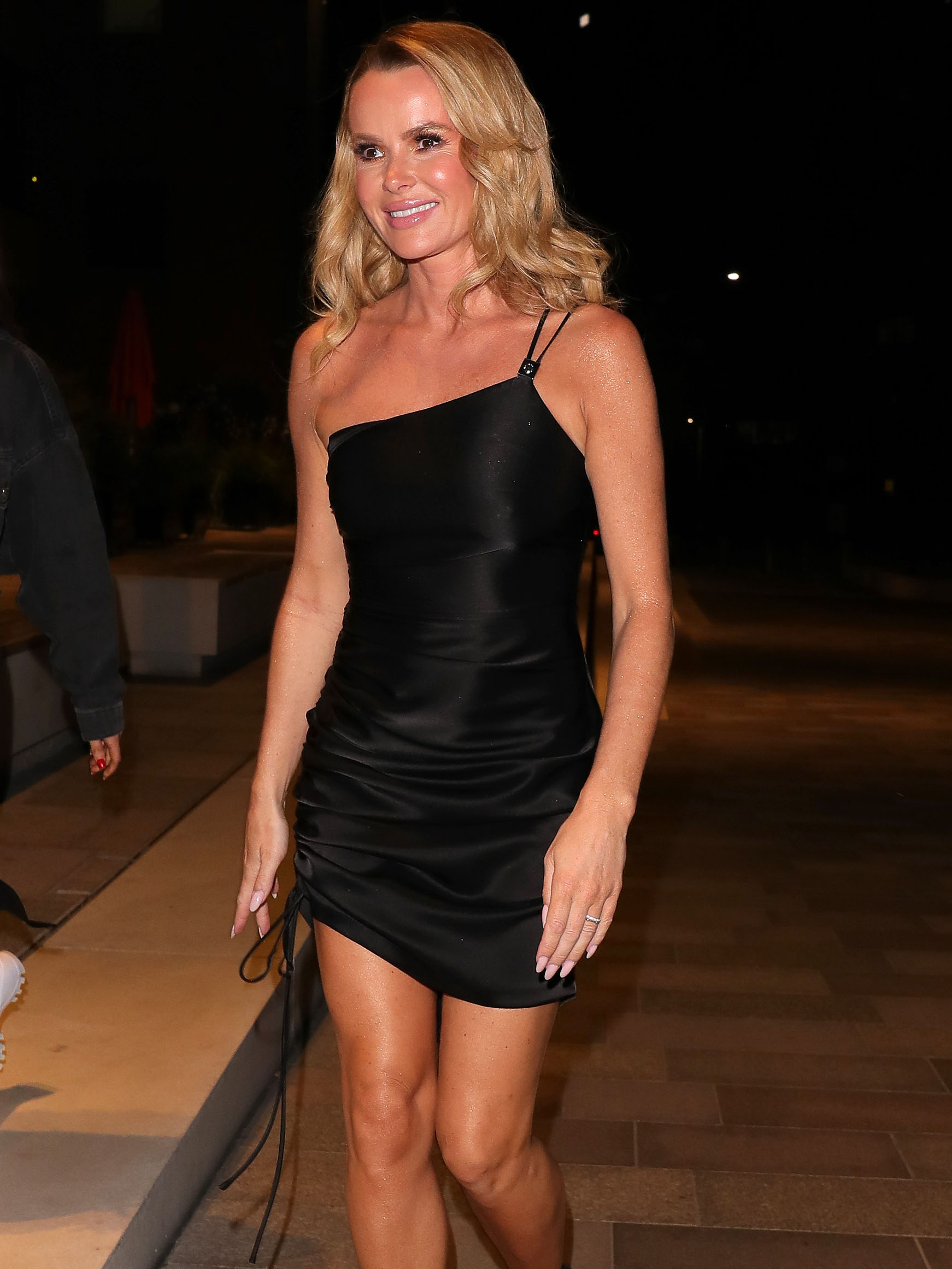 ‘No one talks about Alesha Dixon’s – she’s got great boobs by the way – and she’s eight years younger than me.

‘Age is totally irrelevant, thanks to people like J-Lo, who is 49 and just a sexy, hot woman who dresses for how she feels.’ 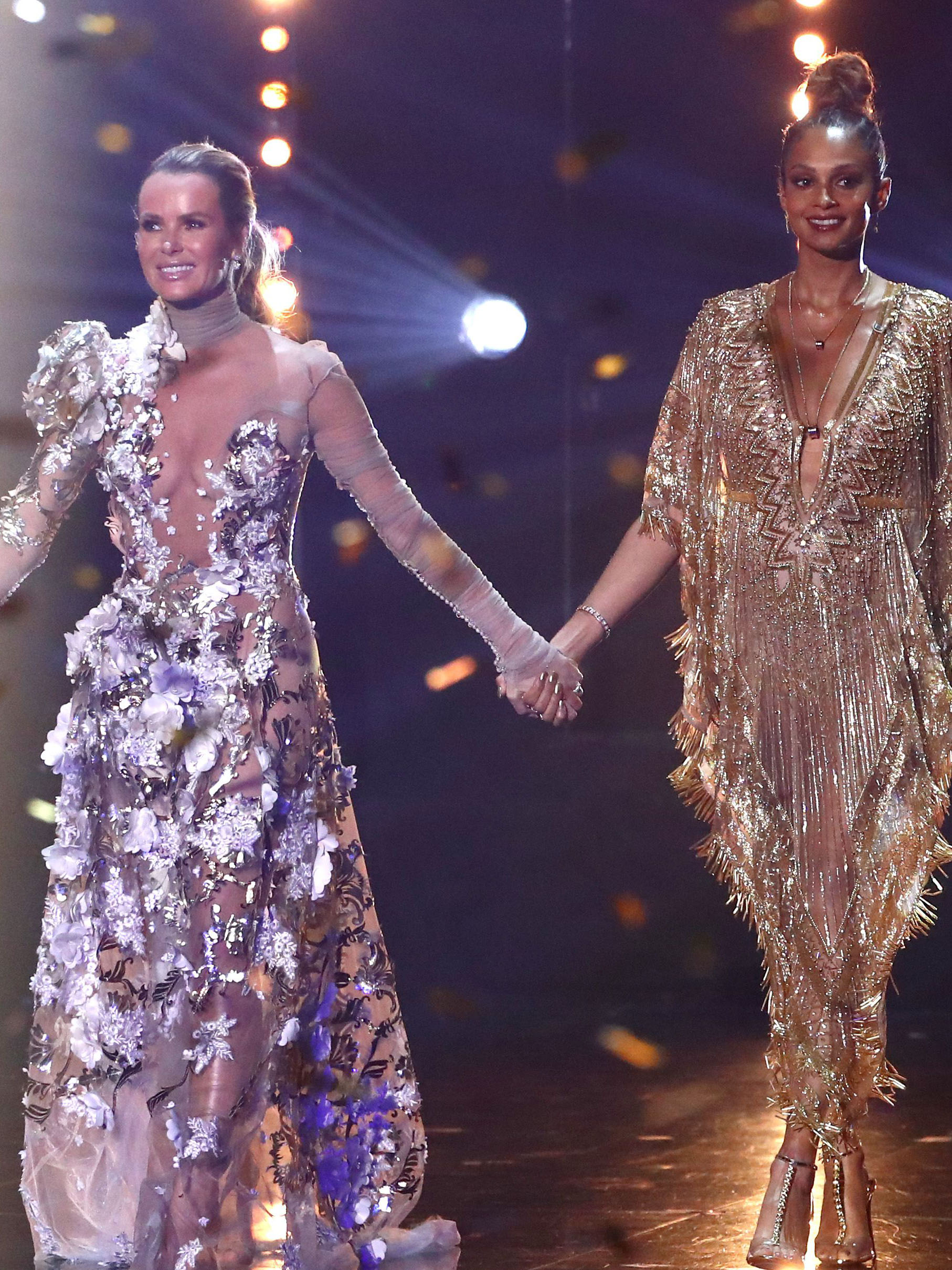 Ofcom are yet to make the decision on whether to launch an investigation into the talent show, with a spokesperson saying: ‘We are assessing these complaints against our broadcasting rules, but are yet to decide whether or not to investigate.’

Amanda, who kicked off her first day on Heart Radio Breakfast hours after the wrap party finished, also recently insisted her hubby Chris Hughes has got absolutely no complaints when it comes to her choice of outfits.

‘My t*ts seem to become the show’s biggest talking point every year,’ she told The Sun.

‘We’ve had plenty of complaints apparently, but none from home, let me tell you.’