Alyssa Milano took to TikTok on April 28 to take a stand against an on-line troll who accused her of being a ‘washed up actress’ using political activism to try and stay ‘important.’

Alyssa Milano, 48, posted a video on TikTok Wednesday, in response to a comment from a user saying, “sad how a washed-up actress is still trying to be important.” Alyssa captioned her video: “This ‘washed-up actress’ has something to say.”

The Charmed alum began her video by pointing to the comment, in the upper corner of her screen, and saying, “See these? I get a lot of those. Usually, it comes from people who identify as a different political party than I do.”

She continued, “You see, I identify with the party who believes in equality and equity and opportunity for everyone, and also the party who fights for the most vulnerable and the marginalized communities.”

The best part of the video came when Alyssa clapped back at being called “washed up” and said, “Just because you say something to be hurtful, it doesn’t make it true. I have consistently worked since I was 7 years old, and you can just f— off now and move along.”

Alyssa got her start in showbiz at age 7 when she landed a role of an orphan in the first national tour of the stage play Annie. Shortly after that she landed parts in multiple off-Broadway productions and television commercials.

But, it was her role as Tony Danza‘s daughter on the sitcom Who’s the Boss? that catapulted her to mega-stardom in the early 1980’s. Then came iconic roles on Melrose Place and Charmed, cementing her status as a queen of the small screen. 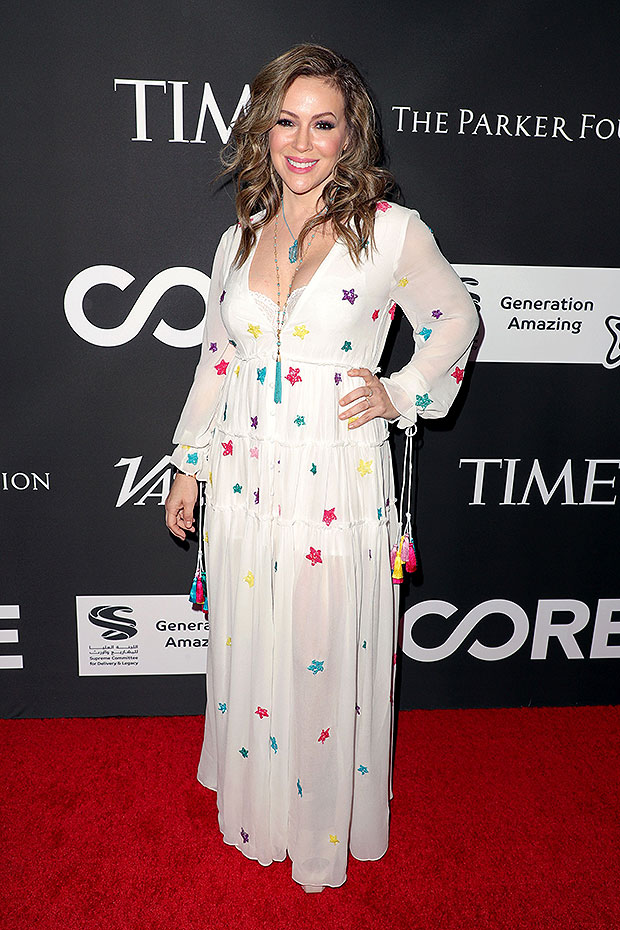 In 2009 she married to CAA agent David Bugliari. They have two children together — daughter Elizabella, 6, and son, Milo, 9.

In recent years Alyssa has become known as much for her activism as her acting. She has been a powerful voice in support of the #MeToo movement and an outspoken opponent of Donald Trump and the Republican party.

Earlier this week she even lent her voice to those taking aim at Caitlyn Jenner over her run for governor of California in a potential 2021 recall election.

The former Keeping Up With The Kardashians star is a lifelong Republican, and Alyssa was quick to point out the irony.  “You are running as a Republican?! Republicans deny your existence and are trying to erase trans youth,” she tweeted.