Like many famous singers, Akon has seen his net worth drastically increase throughout the course of his career. While many people would love to have the financial wealth and security that Akon has accrued, the “Smack That” singer claims that he was happier when he was poor. But just why does the singer hold these beliefs and what is Akon’s net worth in 2021? 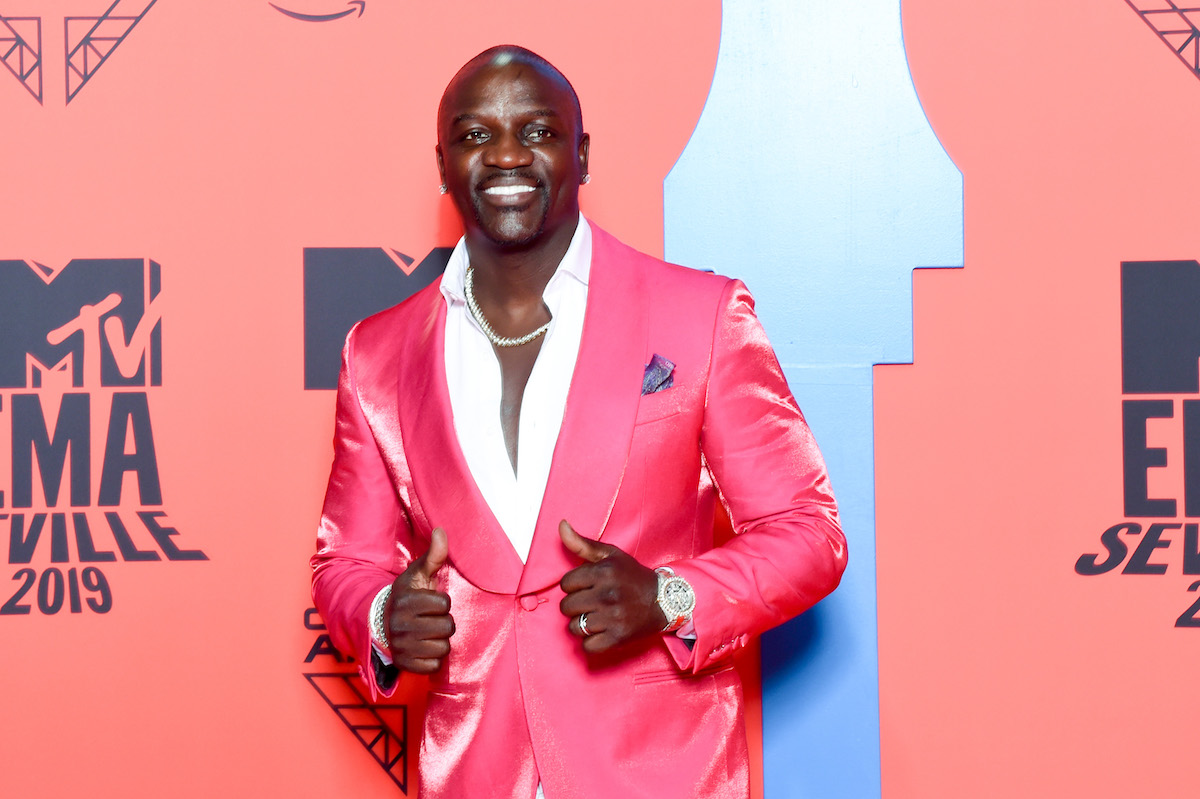 Recently, Akon made waves when TMZ asked him to comment on the death of his friend, Michael K. Williams. First, the singer revealed how difficult it was to lose the late actor. He encouraged people to check up on their friends. However, he made some controversial statements when he declared that famous people with higher net worths had more problems than poor people.

“The famous and the rich go through more issues than the poor,” Akon claimed. “You know, when they say, ‘More money, more problems,’ that’s a real thing.” Naturally, many people weren’t pleased with the “Locked Up” artist’s comments. Some people declared that Akon’s comments proved that he’d lost touch with reality in the midst of attaining all of his wealth and success.

But just how much is Akon worth in this day and age? According to Celebrity Net Worth, Akon is worth a whopping $80 million in 2021. In addition to singing and rapping, the Missouri native has accrued his wealth through producing records and TV and doing the occasional film and TV gigs. But despite his staggering net worth, Akon claims that he was much happier when he was poor.

Recently, Akon caught up with TMZ yet again and doubled down on his aforementioned comments. He shared that he was speaking from his own personal experience. However, he did apologize to those who felt his comments came off as “arrogant”.

“I always speak according to what I’m personally going through myself,” Akon shared. “Nobody can sit there and tell me that I didn’t go through poverty. I was the young African kid barefoot playing soccer in a village with no electricity, no running water, I know what that felt like. And believe me, I know what poverty looks like. But I also know what success looks like. And from my personal experience, I’m having more problems successfully dealing with all that comes with success than I had when I was poor. I was actually happier when I was poor.”

The ‘Lonely’ artist doubles down on his claims about wealth

Continuing on, Akon shared that just because people have a higher net worth doesn’t mean that they aren’t experiencing issues. “Money is not always the cure,” he declared. “There’s rich people right now committing suicide, dying over overdoses. It’s not the money, it’s the mindset. The money creates and breeds so much jealousy and envy, money brings about a lot of evil.”

Akon may be right that money isn’t always the cure. However, money is a resource that can be utilized to help those who are experiencing all of the issues that Akon named. And considering poor people also experience all of the aforementioned issues also, we can see why there are so many people who disagree with Akon’s “hot take.”