From the COVID-19 pandemic, to Black Lives Matter protests, to a historic election cycle, 2020 will be documented in history books to come. But in such a momentous year, what events will truly stand out to future generations? These young Black activists, who are leading movements today that will inspire leaders of the future, know what they want to see remembered.

While the year 2020 was marred by the ongoing coronavirus pandemic, it also had its share of hopeful moments, including unprecedented youth voter turnout, a global uprising against racial injustice and police brutality, and new ground broken in LGBTQ+ rights. Many of these movements have been led by young people of color. So Elite Daily is asking groundbreaking young Black leaders, whose advocacy efforts include voter registration, climate change prevention, and international gender equality, among other topics, what they think will — or should — be preserved by history.

Here’s what they had to say about the moments from the past year they hope to see documented and the changes they hope will come from them.

The following interviews have been edited for length and clarity. 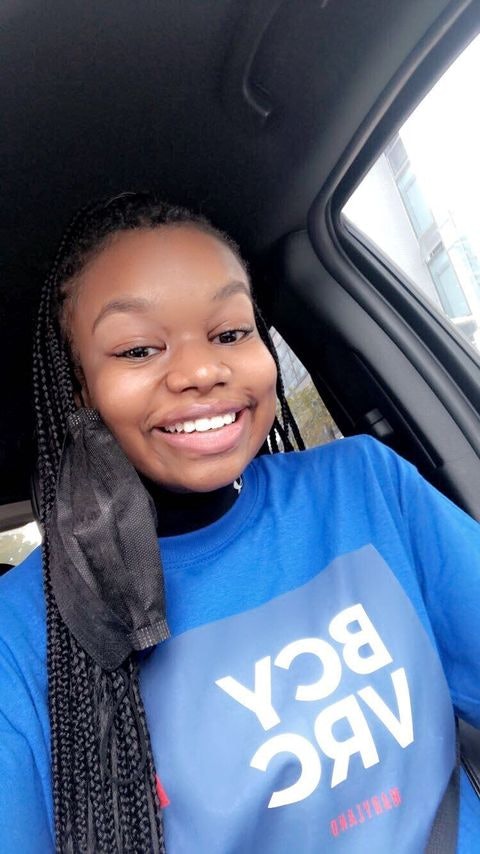 Aeirss is a voter registration activist and the founder of the Baltimore City Youth Voter Registration Committee from Baltimore, Maryland.

For me, the massive impact that youth Black and Latino voters had in the 2020 presidential election is what will be remembered. Youth of color overwhelmingly voted for President Joe Biden in the 2020 presidential election — 87% of Black youth and 73% of Latino youth voted for him, according to the Center for Information and Research on Civic Learning and Engagement (CIRCLE). Young adults want their needs on important issues, such as student debt and the climate crisis, to be represented on the agenda in local and federal government.

Another notable moment was Stacey Abrams getting out the vote in Georgia in the 2020 election. Things like that push me to keep going in my own activism. I’m so relieved to have leaders like her. To see the Black vote, which has been suppressed for years, really stand out in swing states like Georgia is great. Our issues and concerns have been pushed aside for so long, and to have a leader say “I’m here for you; I’ve got you; I’m going to take you along on this journey” is really important.

I hope that thanks to the work that Stacey Abrams has done, Black voters and young voters will continue to take part in the political process and turn out in elections. I hope to see young voters realize their power to shape the world through the political process. Young people face so many different issues, and I want to see us represented better in our government and by our leaders. 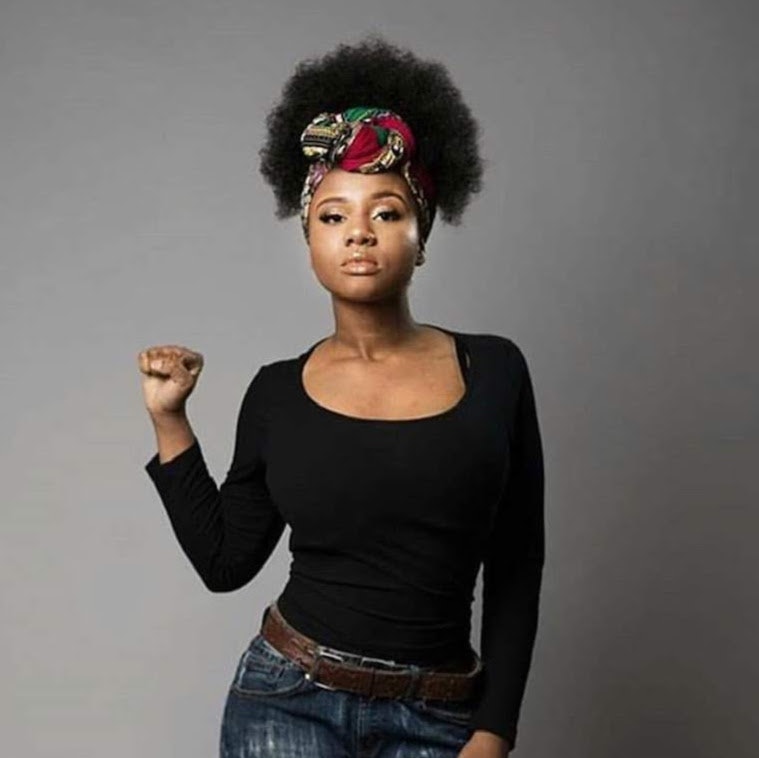 I want history to document the magnitude and the power of people from different backgrounds of life who don’t know each other coming together to fight for Black liberation and for Black lives during the 2020 Black Lives Matter protests. Seeing so many people from all parts of the world galvanize and come together to say “This is not OK; we’re not going to stand for this anymore. I may not look like you, but I will fight for you, and with you” was really powerful. I hope that the Black Lives Matter movement is documented in history in an honest, transparent, and powerful way to inspire future generations to keep up this fight and never accept anything less than what we deserve.

I’m working toward a world where your ZIP code does not determine your success and in which everyone has the chance to be successful in whatever way success looks like for them. Generation Z is a generation of changemakers — I have faith that by the time my generation is in our 30s, all voices will be included in conversations about inclusivity. I hope that the system reflects that Black lives matter. I want people to realize their power. There is never a wrong time to stand up for what’s right.

I really hope we can get to that place where all lives are truly valued and Black lives specifically are uplifted because when Black people are free, everyone else is free. 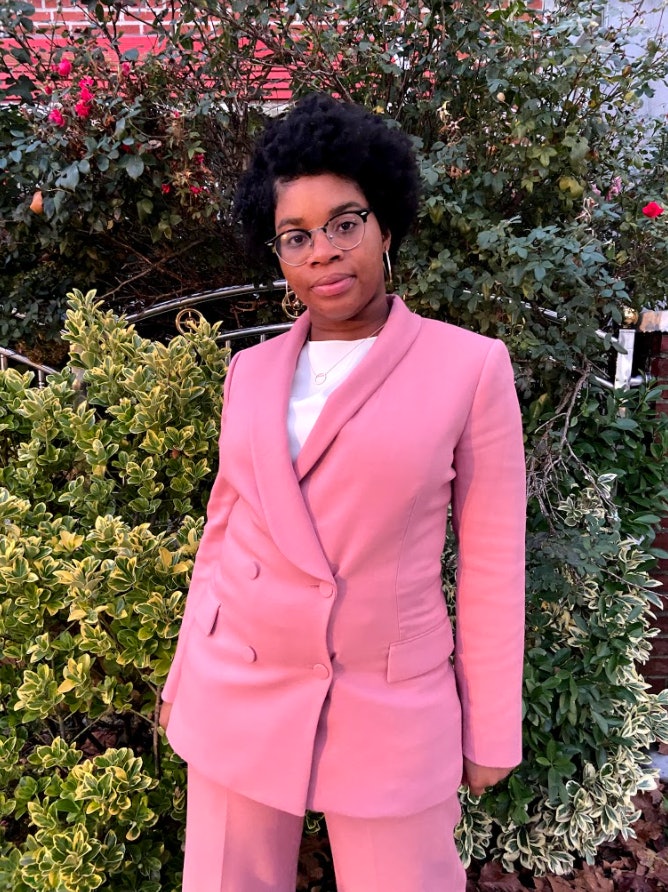 Alliyah is an international gender equality, community safety, and education equity activist from New York City. She was a 2019-2020 teen adviser for Girl Up, a United Nations Foundation initiative that advocates for adolescent girls.

The coronavirus pandemic was a huge moment of 2020 because it offered an opportunity for us to see the work that we could accomplish. A lot of my work with international gender equality is fighting to make sure young people have resources, whether that’s Wi-Fi or computers for school or meals. During the pandemic, I saw so many governments around the world offering these needs for free. The coronavirus pandemic showed that the world I advocate for is possible.

Another key moment was Kamala Harris being elected vice president of the United States. Whether people like her personally or not, her election is a historic moment for South Asian and Black people all around the world who can see a person from an immigrant background accomplish so much.

It’s very important to see how we can make sure that this world is a safer place for marginalized groups of people: I’m always forming allyships with other women of color because this country has a history of violence against us. If you accomplish liberation for Black women and girls, you then accomplish it for everyone else because our oppression is so interconnected with everyone else’s. 2020 is proof that with the power of large numbers of people, whether those people are protesting or signing petitions, we can actually make change. 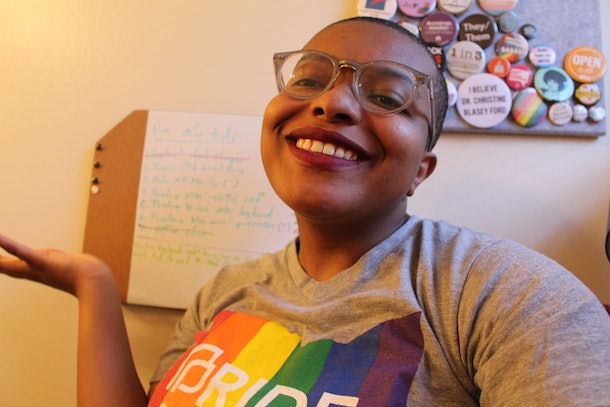 Ose is a LGBTQ+ rights activist from Ohio. They write for GLAAD and were the 2017 GLSEN Student Advocate of the Year.

Getting President Donald Trump out of office was a huge win. Vice President Mike Pence was violently homophobic and is no longer in a position of power in this country, and that’s something that makes me feel just a tiny bit safer as an out trans person.

There have been a lot of state-level wins in regard to LGBTQ+ policy that affirm human rights policy, and those are things that I’m really excited about. States like Virginia have made conversion therapy illegal for minors as of July 1. Unfortunately, Ohio isn’t one of those states, but I’ve seen a lot of folks who feel a little bit more comfortable being out because they know that it’s now illegal for them to be sent to conversion therapy. A couple states, mine included, have legalized changing gender markers on your birth certificates for trans folks who want to do so.

Those are wins that are credited to community organizers who shifted their focus from federal policy to state policy when they saw that the Trump administration was not receptive to change. I think that that speaks to the work and the effectiveness of community organizing. Those wins are what I’m most proud of and most excited about because it speaks to the quality of the folks on the ground all across the nation who have continued to do this work over the past four years, even when it was hard. 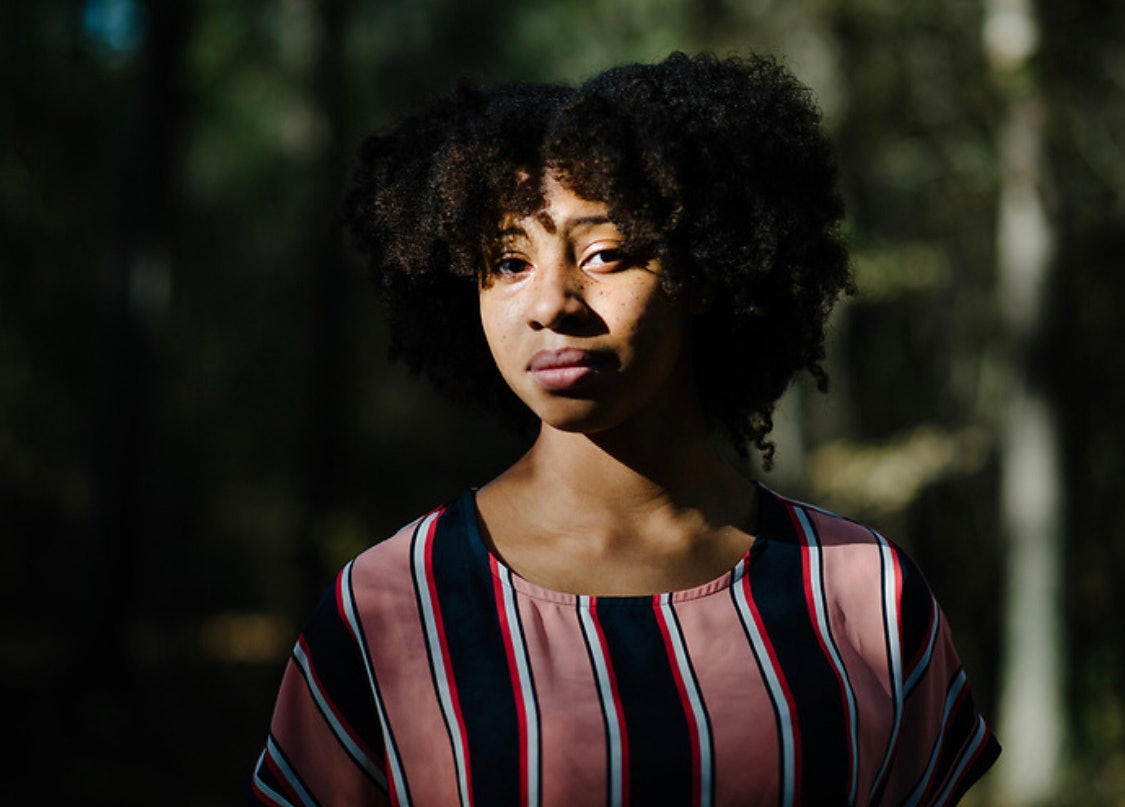 Chanté is an environmental activist from Houston, Texas, who serves as a squad leader with the Ocean Heroes Bootcamp, a program that trains young people to lead their own environmentally friendly campaigns. She is also a lead organizer with the Sunrise Movement, a youth organization working to stop climate change.

I hope that the environmental organizations that helped push President Joe Biden’s climate plan are documented in history books, and I hope that Biden’s plan becomes more ambitious. Right now, my fellow activists and I are pushing for him to adopt a Green New Deal and possibly a Blue New Deal to restore the earth’s ocean habitats. We want a U.S. climate plan that’s more comprehensive and inclusive, and ensures that the people on the frontlines are being included in this work.

Right now in the Sunrise Movement, I’m working on JEAO, which is justice, equity, and anti-oppression. We’re coming up with comprehensible demands for the Biden administration to implement, like a demand to ban fracking because that’s something that was left out of his climate plan. I want environmental activists to listen to older Black, Indigenous, and people of color (BIPOC) organizers because they’ve been doing this for way longer and they know all the tips and tricks. They have a lot of advice and knowledge to give us.

For BIPOC youth who are activists, do not minimize yourself. You don’t have to be the speaker that rallies everyone at big strikes and marches. You can be the person who draws the poster or works behind the scenes to get people to sign up. 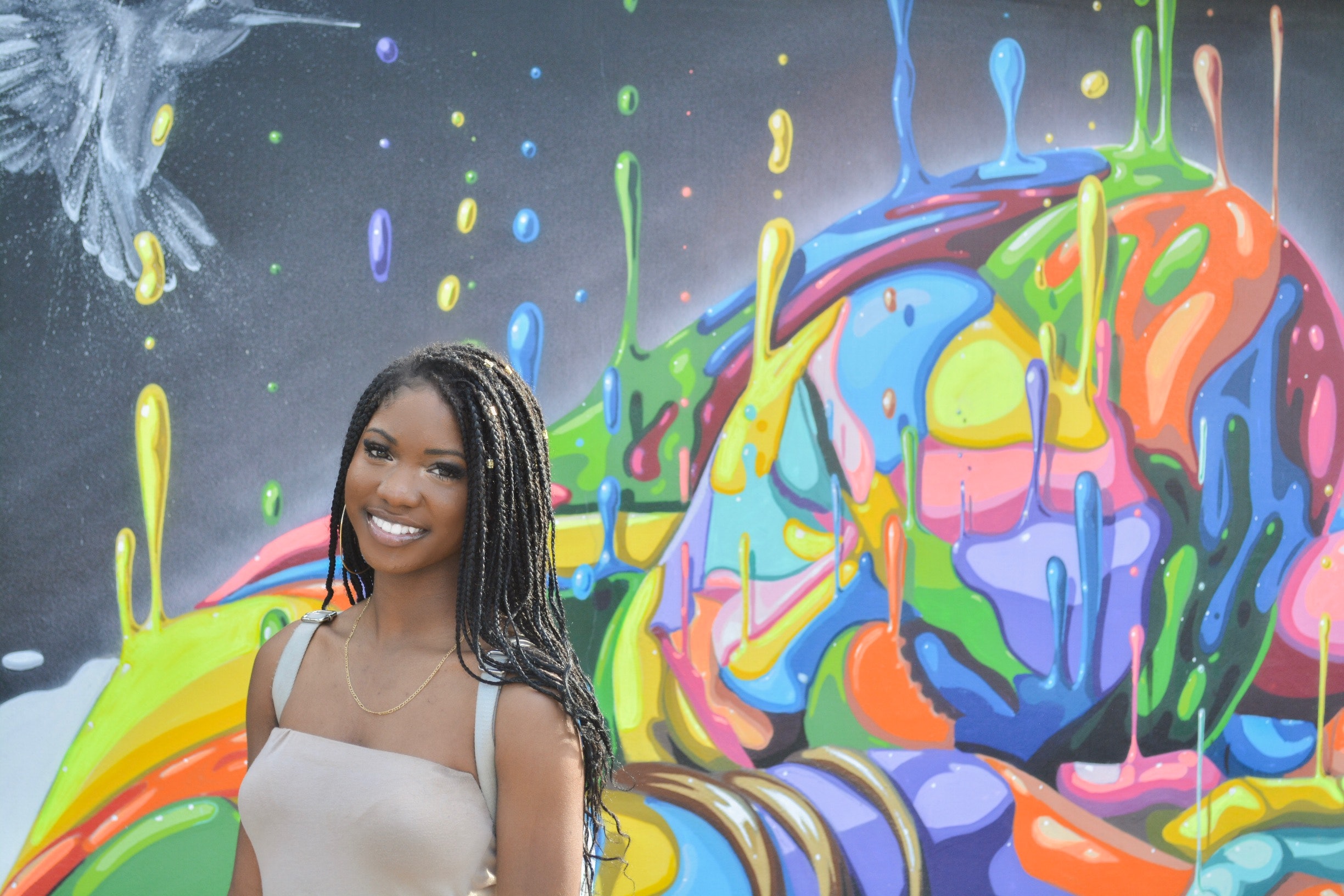 Aalayah is a gun violence prevention and racial justice activist who attends college in Washington, D.C. She survived the 2018 Marjory Stoneman Douglas High School shooting and is the national administrator of Team ENOUGH, a youth-led initiative working to prevent gun violence. She also co-founded Concerned Citizens of D.C., a group led by young activists working for criminal justice reform.

I think 2020 forced a lot of social justice organizations to talk about racial injustices: People have finally been forced to listen because we have the tools of social media to amplify our voices. My activism has been centered on Black lives and making sure that we’re tying the amplification of Black voices into the work that we’re doing to prevent gun violence. I think that inclusion and amplification, in itself, is really historic.

Going forward, I want the gun violence prevention movement to think about what we are actually advocating. A lot of the legislation gun violence prevention organizations push out can sometimes be harmful to Black lives. For example, with red flag laws, which allow authorities to remove a gun from somebody who may be a risk to themselves or others, we have to be aware that pushing for more police presence in communities isn’t necessarily safe. Instead of advocating for police intervention, we should advocate for somebody that’s close to the at-risk person — or a psychiatrist or doctor — to intervene and help them. My hope is for the movement to support Black lives and to not advocate policies that are ultimately harmful.

In a perfect world, there would be no gun violence. There would be a flow of resources into Black communities, and we would have great education systems, mental health resources, supermarkets, and jobs that people can build careers off of. That’s what a perfect world would look like — with actual equity across the board, and marginalized people at the forefront of that change.